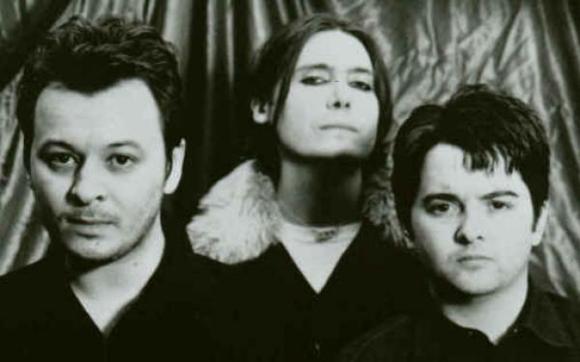 To celebrate kicking off the weekend and to belatedly usher in June, I am launching a new list, this one a grandiose glimpse of my 100 all-time favourite covers. And we start it all off on a high note with Manic Street Preachers’ rendition of “Raindrops keep falling on my head”. The original was written by Hal David and Burt Bacharach for the Butch Cassidy & Sundance Kid soundtrack. Recorded by BJ Thomas on vocals, it was released as a single in 1969 to middling reviews but sales jumped to colossal heights after the film was released in 1970.

“Raindrops” has been covered several times over the years but this one by Manic Street Preachers has been praised for injecting some angst into the blind optimism of the original. It came about as part of the Help album project in 1995, a compilation for which some of the biggest names in British music at the time (including Blur, Oasis, and Radiohead) all went into the studio on the same day to produce brand new recordings, all to raise funds in support of Bosnia’s children. A great cause to be sure and it resulted in one of my favourite ever compilation albums, containing many fantastic songs, some of which were covers that will possibly appear further on down this list.

In the case of Manic Street Preachers, they were seven months removed from the infamous disappearance of songwriter/guitarist, Richey Edwards, who to this day, has never been found. They had decided to carry on as a trio and had incidentally booked studio time for their next album. Some have theorized that the recording of this song was a message to Richey that the Manics were going to soldier on, but the band has denied this, stating that the short timeframe necessitated a song that they were already familiar with, this being one that had been part of past live sets.

Manic Street Preachers inject some (to my ears) much-needed rock and roll into the number. James Dean Bradfield’s vocals are a lot less polished than those of Thomas, but are lovely, nonetheless. The acoustic guitars are jaunty, the bass bubbly, and the drums are like a skipping heartbeat but the fun really comes in with drummer Sean Moore’s trumpet solo at the bridge. All in all, it’s just a fun track, a band showing a toothy grin in the face of adversity, and that it’s okay to be cheerful when the rain continues to fall, seemingly without end.

As for that album, I had the cassette. Good wee album, but Lucky was my favourite on it, though.

I still have Help on CD. Were the track listings the same? I just recently learned that two singles/EPs were released with additional recordings, including one by The Beautiful South.

I couldn’t even tell you, as I haven’t had the cassette in a long time, but I think it was the same just by looking at the track list on Wikipedia.

I actually hadn’t realised there were singles and a Help EP either!

Great post! I need to listen to Manic Street Preachers some more. I also want to find out more about Richey Edwards. Russell Senior of Pulp, in his memoir, said that a lot of Edwards’ fans wrote to him about Edwards, and he didn’t know what to say: “Richey would have known what to say, but I didn’t – I just used a lot of eyeliner.” 😉

That’s awesome! I feel bad though because I often feel that Edwards’ disappearance inspired some of the Manics best work. Everything must go and This is my truth tell me yours are my two favourite albums by them.

We loves our covers!

Are you familiar with Failure’s cover of Enjoy the silence? it would be in my top 10!

Yes. I believe I have a copy of the Depeche Mode tribute album that appears on. I’ll have to consult my list again to see if that one made my top 100 but it is definitely a good one.

Like the idea JP! Looking forward to the run down.

It’ll take a while I think but I think it’ll be fun. There’s a lot of great covers out there.

[…] search them out sooner because I really liked their renditions of “Suicide is painless” and “Raindrops keep falling on my head”. Nonetheless, the year after “This is my truth now tell me yours” was released, my roommate […]

[…] Sly and the Family Stone tune, “Time for livin'”, Manic Street Preachers’ cover of “Raindrops keep falling on my head” has already appeared in this series at the aforementioned 100 spot and I’m reasonably certain […]

[…] of times for this series. Songs from this, my favourite ever compilation, have already appeared at number 100 and number 74 on this list and here we are again, this time with Suede’s cover of Elvis […]