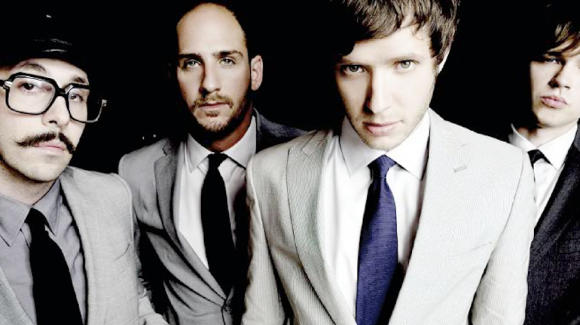 When I was in my twenties and early thirties, I didn’t have a lot of money to go see shows so I made them count and nothing but death could keep me from them. Things have changed a bit as I’ve aged. Maybe I’m not as hardcore as I was or maybe I’m turning into a bit of a suck but I’ve missed a number shows over the last ten years for which I’ve had tickets because of the weather or because I’ve felt under the weather. I’m thinking that the first of these shows was when OK Go played the Capital Music Hall here in Ottawa back in 2010. My wife and I were supposed to go with my friend Ian and his wife Diana but a few days beforehand, I caught the death of a man cold and really didn’t feel up to it.

Ian later recounted some of the details of the show for me. Of course, they were great live and had a hell of a lot of energy but he was also quite enthusiastic about their use of multimedia and how they often projected parts of their music videos on the screen behind them for the songs that they were performing. This only poured salt in the raw wound (which I’m sure wasn’t Ian’s intent) but it also made a lot of sense in retrospect since the band’s use of the music video is really what made them a household name.

Not since the golden age of MTV and Muchmusic has a group profited more from the creative use of videos for their songs. These guys became YouTube stars: first, with their highly choreographed backyard dance video for “A million ways” and then, to an even greater audience, with their treadmill routine video for “Here it goes again“. With each successive video, OK Go, who had formed in 1998 and whose 2002 debut self-titled debut album only saw modest success, upped the creative and intricate ante. In fact, “This too shall pass”, the second single off their third LP, “Of the blue colour of the sky”, and track number twenty four on my best of 2010 list, received two different music videos. The first is a crazy marching band performance of the song, the second features a Rube Goldberg machine, and you can watch both below.

But this LA-based quartet is not all style and no substance. They seem to have gone to the Weezer school of geek rock and added a touch of glam for an A plus average. “This too shall pass” is knee trembling bass, bombastic drums, and a shitload of swagger, giving the impression that OK Go are the coolest kids in the class even though they know they’re not. It is a big song, almost to the point of parody. With no build at all, it is a whole song in climax, even at the piano plinking bridge where the chorus joins in, you get the feeling that everyone and anyone is invited.

It’s easy to disregard OK Go’s musical performances because of the brilliant video promo’s they’ve done to support the songs. I think they’ve done some great singles and I hadn’t thought of your Weezer comparison, but it does fit.

The videos are like a double-edged sword. It’s hard to take them seriously because of their video antics but they can write a pretty fine pop hook.

Which do you prefer?

I’ve always been partial to here it goes again (my OK Go gateway) but there’s something quite special about that Rube Goldberg machine.
I remember hearing them on Q talking about the making of it, I don’t think I’ll ever get tired of watching it!

Yes indeed. It’s neat to watch and mind-boggling to think about the work that went into it. However, there’s something quite special and fun about the marching band video too.

Not to mention the dogs video!

They seem like they’d be fun to hang out with – smart and quirky. Their music and videos are more than solid!

Indeed. Kinda like Supergrass in that sense. Fun to hang out with.