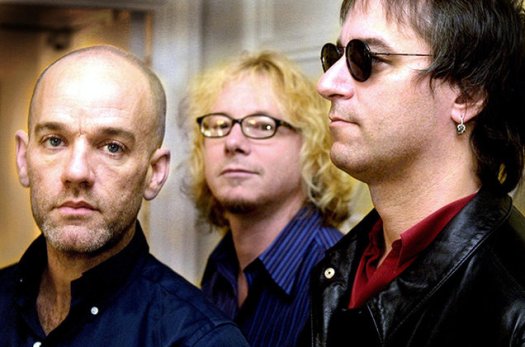 And so here we are, all hallow’s eve, as good a time as any to start up a new series. You might have noticed that I finished up my Best of 2000 list a few weeks ago, and so now we’re on to 2001. This list is a bit longer than the one I did up for 2000 but I still haven’t quite gotten to thirty songs for the naughties decade (perhaps for 2002?). First up here, at song number twenty-five, is R.E.M. with their track “Imitation of life”.

As I’ve already mentioned already in this pages, I’ve been following Athens, Georgia’s finest since “Green” hit the charts when I was a teenie-bopper and would most definitely call myself a big fan. I recently endeavoured to narrow down my top five favourite tunes by R.E.M., a rough task, given their vast body of work, and posted the results on these pages. Looking back it at now, it’s noticeable that not one of the songs that made the final five were recorded after the end of the 90s. I personally found the early part of the 00s my least favourite period in R.E.M.’s catalogue, a period of albums that for the most part sounded like watered down versions of their best work, but still, there were some gems to be found.

One such example is “Imitation of life”, the first single off “Reveal”, buried deep in side two of the mix. It bears all the hallmarks of their sound. Peter Buck jangles and Michael Stipe hems and haws through half-nonsensical lyrics. Buck himself has admitted that the song feels like it is plagiarized from one of their early tracks. And yet, there’s something about it (isn’t there?) that begs for head bopping and singing along, especially at the bridge at the 2:40 mark when Buck and Mike Mills sit back, ease off on their instruments and let Stipe do his thing.

“This sugarcane
This lemonade
This hurricane, I’m not afraid
C’mon, c’mon no one can see me cry”

And lastly, if you haven’t seen it, have a gander at the neat-o video below. It’s the same twenty second shot played over and over, in forwards and reverse, simply focusing at different segments in the shot. Good stuff. 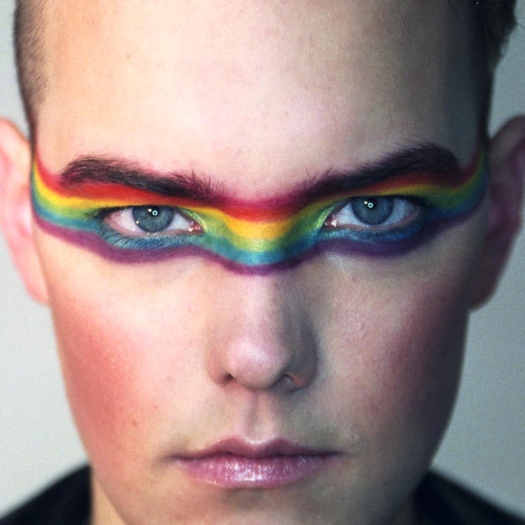 Number 14 on this list marks the third artist, following P.S. I Love You at #30 and Library Voices at #25, that I discovered at the 2011 edition of Ottawa Bluesfest. Like the two others, Diamond Rings, one of the many performing names for John O’Regan, hails from Canada. His set that year was part of his tour supporting his debut album, “Special affections”, and took place early on a Sunday afternoon on the festival’s smallest stage. I had heard the album in advance, which was the only reason I had made such a special effort to be there so early in the day, but I wasn’t at all prepared for the Diamond Rings experience.

I’m also reasonably sure the early, sun-baked crowd weren’t sure what to make of the skinny white dude with bleached blonde hair and a swath of rainbow coloured makeup swiped across his eyes. And the confusion likely increased when he started, using loops, drum machines, programming, and other trickery while strutting and dancing across the stage with his guitar, brimming with all the confidence of a glam rock hero performing in front of a stadium of adoring fans rather than a handful of people scattered around on the hill facing him. His performance was infectious, though, and he had the crowd, which grew substantially, by the end and it turned out to be one of my favourite sets of the year. Two years later, when he returned to the festival in support of his sophomore album, it was also on a Sunday but this time, it was the headlining set on the medium sized stage. And now, he fittingly had a full band backing him, smoke machines, cool lighting, and a bigger, more adoring crowd.

“Wait and see” is the second track from that debut album, which I went out and bought for my vinyl collection early on. It’s a phenomenal track that you really have to listen closely to in order to guess that it’s a one man show. The sensibility is post-punk revival with a touch of darkness and a whole load of glam. The guitars are like chain saws messing with the industrial beat but it’s O’Regan’s silky baritone vocals that raise this track up to the rock heavens. You can hear and almost taste his persona in the song. He’s like a time traveller from the eighties, a forgotten rebel that had fallen asleep behind a stage, waking up almost thirty years later, and decided to wreak havoc on his new reality.

I loved this song and album and even the next one but lost track of O’Regan, and his Diamond Rings persona, after hearing he was touring with OMD in 2013. It seems like I wasn’t the only one because putting his name into google resulted in a handful of articles titled “Whatever happened to…” and one by Exclaim from last year that talked about a newish, yet still mysterious, project that had nothing to do with Diamond Rings called JG Ballad.

It is a bit of an unfortunate and unfinished story, but I feel like Diamond Rings was never really meant to be anything more than an experiment for O’Regan. Whatever he had to prove, though, I’m sure he did… and then some. 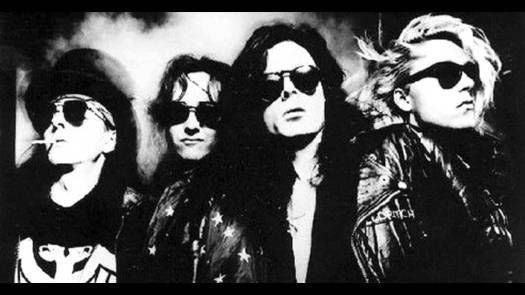 Song number seven on my Best tunes of 1990 list marks the third song in a row that was introduced to me, either directly or indirectly, by my good friend Tim. At number nine, we had New Model Army’s “Purity”, “De-Luxe” by Lush at number eight, and now, “More” by The Sisters of Mercy. At first glance, these might seem quite varied musically but the common variable or thread stringing these three songs together is an inherent darkness or romantic notion.

You see, Tim was something of a goth back in our high school days. Not in the classic or even stereotypical sense. No leather or PVC or makeup, though he did wear a lot of dark clothing and his tastes definitely tended to the industrial and goth sub genres of alternative music. Of course, if you asked Tim, he would never say he was a goth. But then again, neither would many of the biggest names of the genre self-identify with the title. Indeed, most, The Sisters of Mercy included, detested the term. It’s like the genre that never was. Until now of course, with these third and fourth wave bands who idolized the original post-punk bands that were into the dark and romantic.

The Sisters of Mercy moniker really represents the musical vehicle for Andrew Eldritch and his drum machine du jour, Doktor Avalanche. He originally formed the outfit with Gary Marx in 1980, taking their name from the early Leonard Cohen song. However, the group has been a revolving door of musicians, that have in the past included Wayne Hussey (The Mission), Patricia Morrison (The Gun Club), and Tony James (Sigue Sigue Sputnik), but the lineup has never been the same on any of their three long players. Only three, you wonder? That’s not very much for a band that has existed for 37 years, its true. The initial reason for this was a dispute with their record label in the early nineties but they still didn’t record anything new after Warner let them out of their contract in 1997, though they’ve toured regularly over the years, often showcasing new material.

“More” was the first single to be released off “Vision thing”, the band’s final album to date. The album version is epic at eight minutes or so. Driving guitars and a threatening piano/keyboard backbone that sounds at times like a looney tunes mad scientist playing the harpsichord surrounded by bats and at others, like a melodramatic melody from a Meatloaf track*. And I’m not even joking. It’s damn serious. Especially when you throw in Andrew Eldritch’s distinctive, growling bass-baritone vocals. It’s a real rocker that screams dry ice and lasers and the blackest of sunglasses.

I have a lot of fond memories of blasting this while night driving down country roads just outside my hometown with the windows wide open. But I also have one vivid one of dancing to the tune at my high school auditorium, during a CFNY video dance party (anyone remember those?), and being one of only 3 or 4 on floor, another being my friend Tim. So this one’s for him.

*I read a piece on the Sisters just this week by Brett Chittenden on Alan Cross’s website that talked about how Jim Steinman (producer of albums by Bonnie Tyler and Meatloaf) had a hand in writing and producing some of Sisters of Mercy’s best work (including “More”) and now I can’t unhear the similarities.