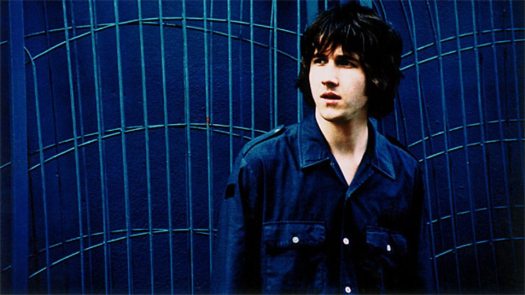 I couldn’t tell you exactly when for sure but it was some time shortly after moving to Ottawa in the late summer of 2001 that I caught a special episode of “The New Music” on MuchMusic (remember that show?). I recall making a point of watching that particular episode because it was being advertised as a special edition focusing on the new wave of British Music and if you’re not aware yet, most of the music I had been listening to throughout the 90s was from Britain. And around that time, I was feeling in the middle of a dry spell for music and I was aching for something new. I don’t remember what other artists appeared on the show (I think Coldplay might’ve been there somewheres) but it finished with this solo artist named Matthew Jay.

I don’t even know what it was about him that caught my attention initially. He wasn’t particularly well-spoken during his interviews, his youth showed as I recall, and his slightly shaggy but mostly well put together look wasn’t something that stood out to me. The music, though, when they played the video for this song, “Please don’t send me away”, was quite lovely. And almost immediately I was out at the music stores hunting out his debut full-length CD, “Draw”, something I didn’t do very often in those days because I was lacking disposable income.

As a song, “Please don’t send me away” is a simple one, really. A lone acoustic guitar with plenty of effects to change its shape and tone, a basic drum machine beat, and Matthew Jay’s soft voice sitting like a feather above it all. And despite the crisp production quality, it sounds very intimate, like it was recorded late at night in his bedroom. It’s almost too honest and too innocent but I’ve always been ready to forgive this for the lovely sound of it all.

“Draw” is full of songs like this. It got a lot of attention obviously, or I wouldn’t have caught wind of it all the way over here in Canada, and Matthew Jay drew comparisons to other singer/songwriters, like the legendary Nick Drake, Elliott Smith, and Jeff Buckley. Unfortunately, we would never get to see how this young talent would develop because while working on the follow up album, he died under mysterious circumstances. And as is frequently the case, the fact that how he fell out of that apartment window was inconclusive, only added to his mystique.

Have a listen and let me know what you think.