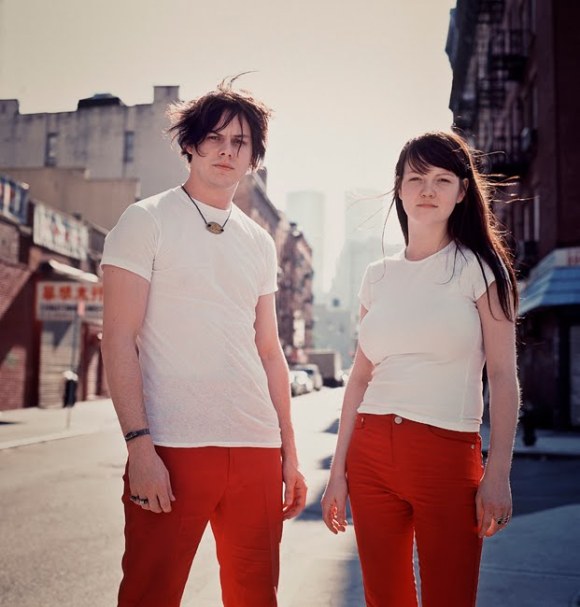 In 2001 and 2002, garage rock emerged to take the mantle as champion of the indie rock resurgence. The epicentres of the revival were New York, whose scene was led by Interpol and The Strokes (appearing at #5 on this list), and Detroit, from which came The Detroit Cobras and The White Stripes.

Yep. Before Third Man Records, The Dead Weather, The Raconteurs, and a rather notable solo career, Jack White was in a little band called The White Stripes. Formed in 1997 with then wife, Meg, whose last name Jack took when they wed, the duo recorded six albums together before disbanding in 2011. The White Stripes became known for their tightly stylized image – they were most notably rigorous in the use of their red, white, and black colour scheme – and their blues-inflected sound, Meg’s stomping, bass heavy beats, and Jack’s raunchy guitars and raw vocals. Indeed, as things went on, they became less connected with their garage rock roots and more about blues revival.

Interesting, then, that their breakthrough came with their least blues-influenced album, their third, “White blood cells”, and this exciting single that had no traces of it whatsoever. “Fell in love with a girl” sounds like it was it borne out of the garage that welded together the pieces of the garage that housed the rock. It’s a quick adrenaline blip that doesn’t even make the two minute mark. At that length, you can almost hear Jack screaming, “there’s no time for an intro – we gotta go!”. The drums are muddy as hell and violent, Meg channelling her inner animal. Jack even sounds like he’s having trouble keeping up with her and his own raucous guitar work with his vocals, almost breathless for the duration, his attempts at proper diction dispensed with and you have no trouble imagining his gummed up mic covered in spittle. There’s anger and disdain and the feeling of betrayal.

It’s almost exhausting how great this tune is. Enjoy.

My favourite White Stripes song, one of my favourite songs of all time and an album I share a birthday with! Great write-up.
Milo.

All the way to eleven.

Now, it may come as a surprise, but I never loved the band (prefer Jack White’s other projects, actually), but credit where credit is due… this is a great tune.

Personally, I’ve never been a massive fan of any of his projects but he does write some great tunes and this was one of them for sure.

[…] was at the vanguard of an indie rock revival. Then, two songs later with The White Stripes’ “Fell in love with a girl”, I spoke about how this revival was led by two very distinct scenes: one in Detroit and the […]