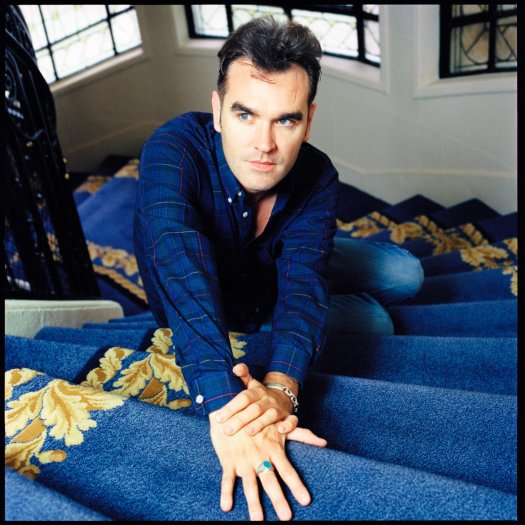 You may have noticed that I’m on a bit of a Smiths bender here, running through my “Complete” box set, one piece at a time, in my weekend ‘Vinyl love’ series. And if you did notice, you might be thinking that I’m a bit of a fanatic of the band, which, of course, you wouldn’t be wrong in thinking. However, things didn’t start out that way. I actually came to them late. And it was long after I was fan of Morrissey’s solo material.

Back when I was in the dog days of high school, my friend John fed my suddenly voracious appetite for new music by getting me into bands like Depeche Mode, The Housemartins, and The Cure. He would loan me a handful of compact discs at a time and I would record the ones I enjoyed before returning them. A couple early Morrissey albums came to me in this way but he would never allow any of his Smiths discs to leave his possession. I later learned while living him with him during my last few years of university that this was because he was constantly playing them, ad nauseum, which further delayed my ability to form an appreciation of their music.

Morrissey’s third solo album, “Your arsenal”, was my gateway to his music, being, first, the latest of his works at the time, and second, being that it was a change in direction towards a more rock edge, likely appealed to my transforming tastes. Morrissey had formed a new backing band for this album and together, they infused some glam and rockabilly sensibilities to the work. Track number five, “Certain people I know”, our song of today, for instance, has that twangy slide guitar and swinging beat, a comfy bed that surprisingly feels tailor-made for Morrissey’s warbling vocals. And there he is flirtatiously playing upon words, sneaking a side-long and knowing glance, and dancing across the stage with abandon. He’s taking a cue from his heroes and other certain people he knows and having a blast while doing it.

“They look at danger and they laugh their heads off.”

I once bought a T-shirt with that very line emblazoned on the back. It was on a solo trip to the big city with birthday money burning a hole in my pocket. I had gotten the lowdown from friends on where to look for eight-hole Doctor Martens on Yonge Street and took the GO train in, listening to “Your arsenal” on my Walkman all the way to T-dot. After purchasing the boots, I happened into a store selling what I’m pretty sure now were bootlegged concert Tees and came out with a black one with “Your arsenal” album cover art on the front and said lyric on the back. I wore it countless times over the following months, that is, until it fell into the wrong laundry wash load and was shrunk a couple sizes too small. I ended up giving it to that same friend, John, who introduced me to Morrissey in the first place.