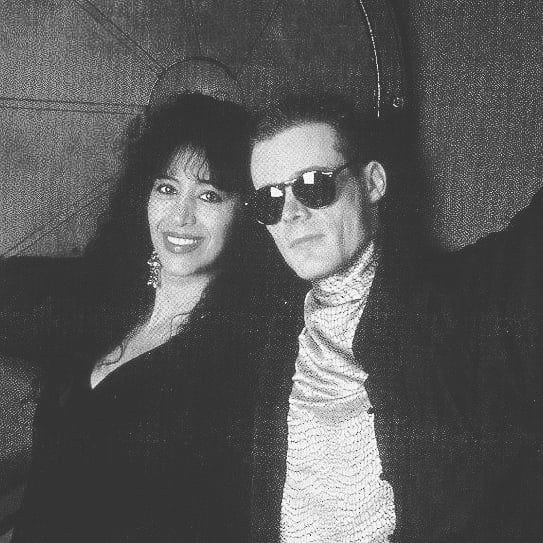 Here we are finally near the end of this list of my favourite tunes of 1992, a series that I started just over a year and a half ago. I figure it’s time to wrap this thing up. And with these last two songs, we’ve got some epic, exciting tunes that are, comparatively speaking, quite different from each other.

Number two feels like a bit of a cheat. “Temple of love” was originally released as a non-album single by goth icons, The Sisters of Mercy, way back in the band’s early days in 1983. But this isn’t the version I know and love. No. I’m talking instead about the version that was re-recorded and reissued in 1992 to promote “Some girls wander by mistake”, a compilation of the band’s early material released by the label to mitigate the impacts of what it saw as rampant bootlegging. This new version of “Temple of love” doesn’t actually appear on said compilation, choosing instead to only include the original, untouched version. In fact, all of the songs that the Sisters released between 1980 and 1983 appear here as they were originally released, much to the chagrin of band frontman Andrew Eldritch, who wasn’t such a fan of all of it.

My friend Tim, whom I’ve credited in the past with introducing me to the band, loaned me his CD single copy of “Temple of love (1992)” in high school English class one day. I duly brought it home, copied it to cassette tape and repeatedly listened to this recording on my walkman that year. I had transcribed the name of track one exactly as it appeared on the back of the CD case: “Temple of love (Touched by the hand of Ofra Haza)”. Perhaps it was innocent of me but I had no idea at the time that this wasn’t a new song. I only heard the original when I dubbed myself a copy of “Some girls wander by mistake” much later.

Some have said this new version was faster and more guitar heavy but, if you listen to it back to back with the sinister sounding, post-punk influenced original, you can hear that original is actually faster in pace and has plenty of guitars to go around. The 1992 version just feels harder by comparison because of the stepped up, stomping drums and because it continues the heavy guitar themes explored with lead guitarist Andreas Bruhn on their previous studio album, 1990’s “Vision thing”. And I haven’t even mentioned yet the lengths of the two tracks – the original was quite big at just over seven and a half minutes but this second version bigs up on the original by additional thirty seconds.

But the real treasure of this second version for me is the vocal work by Ofra Haza, whose contributions Eldritch tried to highlight in the aforementioned title byline. It was another collaboration that sounded odd on paper**, but this one actually worked. Haza was a pop singer, one that maybe wasn’t as well-known in England or North America, but one that was very popular in her home country and was known there as “the Israeli Madonna”. It is her mezzo-soprano that lays another level to the chugging, chainsaw guitars and feels like an angel singing among the demons. It is a tender foil against Andrew Eldritch’s dark and deep voice espousing love as a religion, a spiritual experience to be feared, revered, and awed.

And as I said back when this very tune came in at number one out of my top five Sisters of Mercy tunes in a post a couple of years ago, this is a song that I’ve danced to many times over the years, especially back in my university days. Indeed, in my mind, “Temple of love (1992)” is a perfect fit for a dance floor explosion.

*The Sisters of Mercy’s label, WEA, had claimed in and around this time that the band were the most bootlegged band in their roster. And I believe it, given the ridiculous amounts of bootlegged vinyl I’ve seen flipping through the bins over the years.

**I’m pretty sure I read that it was also Andrew Eldritch’s idea for The Sisters of Mercy to tour North America with Public Enemy in 1991. It wasn’t quite as successful.

I’m a goth traditionalist I’m afraid and as much as I love this version, the original will always be the one dear to be cold, black heart!

I would probably be in the same boat had I heard the original first but it was this one that came to me first. As it is, I do love both versions.