I never got into Hüsker Dü.

I can almost hear the sound of thousands of eyebrows raising out there but the truth is, I’ve never even sat down to listen to them.

I am well aware that they are highly influential in alternative rock music and that I quite possibly could find plenty of tunes that I would enjoy within their nine year, six album career. However, Hüsker Dü had already broken up quite acrimoniously by the time my musical tastes had a found a proper home in the alternative rock world in the very early 1990s and with no new music to slog on the alternative radio or music video shows, they didn’t immediately come across my path. By the time I heard tell of them, years later, there was always other new music to occupy to my time and took precedence.

One of the founding members of that band, Bob Mould, however, has not escaped my notice. After Hüsker Dü ended, Mould released a couple of solo albums, both of which saw middling success and to neither of which I have listened. Then, in 1992, Mould formed a new band with bassist David Barbe and drummer Malcom Travis and that same year, this trio, Sugar, released their debut album “Copper blue”. This is where our story begins.

When I first heard the third single off this album, “Helpless”, I knew nothing of Mould or Hüsker Dü or any other context. I just heard this hard hitting beast of a song. It was loud and brash and super confident. The guitars were noisy but still melodic and the drums seesawed between rata-tat-tat gunfire and metronomic syncopation. And there’s Mould singing with by now quite recognizable sneering but calm vocals, not quite buried in the mix but not obviously prevalent either. Indeed, he feels here like just another layer of guitars that anyone can sing along with, more as a hum than outright lambast.

A great tune, a great single, and really, it was just one of many great ones released off an amazing debut. But when I saw him perform solo a bunch of years ago, this was the one that had my fists pumping when I first heard those introductory riffs reverberating in the hot summer sun. 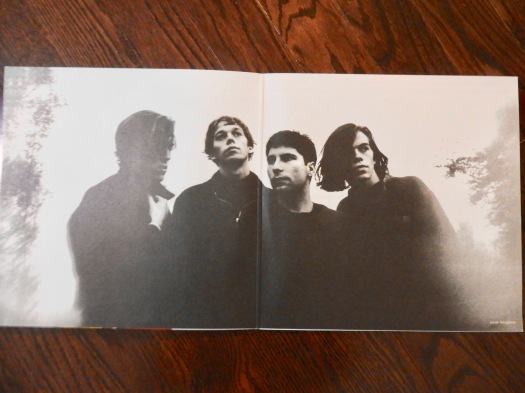 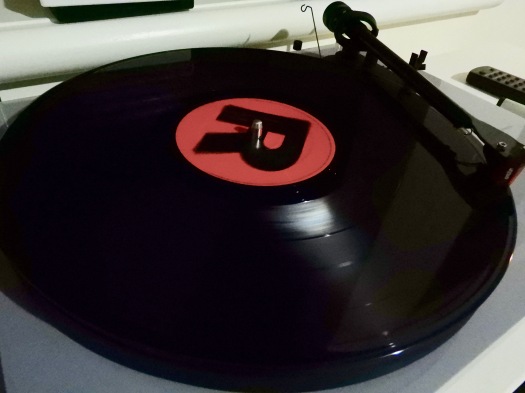 The skinny: I just got back from Toronto a few days ago, where I was visiting family and friends and celebrating the holidays. As is my new-ish tradition, I went out to the record shops a couple of days after Christmas to take advantage of the “Boxing Day” specials. Did I find anything you might ask? The answer is: Yes, I sure did! In fact, I had to put a few records back on the shelves for my next excursion! This reissue of Ride’s second album, “Going blank again”, was one of four that I held  on to, each one was most definitely a necessity for my collection. This particular album was the first I had heard from Ride and is probably still my favourite by the band. All you need to do is listen to the ‘standout track’ below for an excellent reason for why it is still so relevant.

Standout track: “Leave them all behind”

Now that Christmas is all wrapped up, I thought I’d remind you all what’s happening with my Best tunes of 1992 list before I wrap up the other two lists I’ve been blitzing this month. And this is one is pure joy.

Those of you that are not new to these pages will know that I’m something of a James fanatic. I first heard them with their hit single, “Sit down”, and really got into them with the album, “Laid”. Between those two was their fourth album, “Seven”, an album the Mancunian alternative rock band struggled with from the beginning. Half of it was produced by Youth, and only half because they ran out of time with him and given the band’s unhappiness with the results of early recordings. The band produced the rest of the album themselves with some help from Steve Chase. It was finally released almost a year late and wasn’t given the time of day by the music press. However, the band was pleased with the final product and I’m right there with them. I picked it up on CD as one of my BMG music club picks shortly after immersing myself in “Laid” and quickly found my favourites on it, of which this tune is but one.

“Ring the bells” appears as track two on “Seven” and it sounds like it should’ve been the lead off single, picking up with the uplifting joyous energy where “Sit down” left off. However, they waited and released two other singles prior to unleashing this one. It is frantic acoustic guitar strumming, accompanied by an explosion of sound that will pick you right up out of your seat and get you dancing in a way that you can’t possibly sustain for its five minutes in length. I don’t even know how the band does it. But somehow we find the energy deep within ourselves and lose ourselves to the pure joy that the sounds evoke. Meanwhile, Booth is singing on about losing faith in religion and the freedom that brings and wanting to share it with us all.

The fact that such a tune that I obviously love so much is placed low at number twenty-two should serve notice that the rest of this list is going to be great. Prepare yourselves. It’s all coming in the new year.