Well, it’s Canada day again, albeit one the likes of which we’ve never seen before. And hopefully, we’ll never see again.

I’ve saved this particular post for today because the band in question is a lesser known and perhaps, not as well remembered Canadian alternative rock band from the  90s. Pure were one of the few Canadian acts that I listened to around that time and it was likely because their sound was similar to the Madchester hooks with which I had been obsessed. As you may recall, I’ve already made mention on these pages that my tastes tended to British music in the early 1990s. American alternative rock had turned its ears to Seattle and Canadian bands were following suit,

Pure, though, were a four-piece from Vancouver, British Columbia, Canada that formed in 1991. The original members comprised of drummer Leigh Grant, bassist Dave Hadley, guitarist Todd Simko, and vocalist Jody Birch. They got their first taste of success when one of their tracks appeared on the soundtrack for “Cool world”, a half animated/half live-action film that featured a young Brad Pitt. Then, their debut album, “Pureafunalia”, was released in 1992 and it’s first single, “Blast”, hit the airwaves and music video channels and thus, caught my attention. That track was just shy of making it on to this very list but there was no way “Spiritual pollution” wouldn’t be included. Sure, it wasn’t released as a single until the following year but I was already hooked on it from listening to that debut album in 1992.

A dirty and cool guitar riff opens the proceedings, putting a strut in your step and a feather in your cap. And then: Bah dah da-da-da-dah, duh duh duh da-dah… oh, the glorious horns. The beat pops and cracks in, sounding like robotic handclaps, the synth bass washes, and then, that guitar riff and the horn flourishes return for more fanfare. And over top it all, frontman Jody Birch is just cool, laying it all just there, a hepcat, not needing our spiritual pollution. No, not at all.

That debut album mixed dancefloor grooves with 60s psychedelic guitar rock but later on, their sound tended to be more pedestrian, and though I enjoyed their sophomore release, 1994’s “Generation six pack”. My love affair with the band started to fizzle from there. But we’ll always have the horns of “Spiritual pollution”. I could listen to and hum that riff all day long… Especially on this odd Canada day… 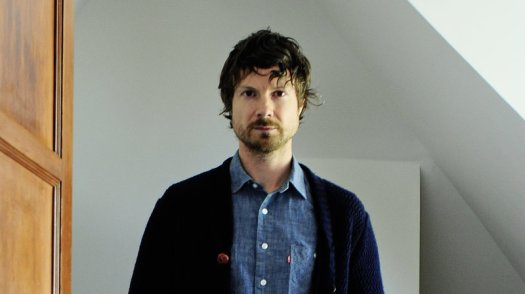 Sea Wolf is an Los Angeles-based indie rock act that is mainly the vehicle for the songwriting of Alex Brown Church. He started the project in 2003 when the songs he was working on while part of the band Irving didn’t fit their sound. In 2012, he released “Old world romance”, the third full-length album to be produced using the Sea Wolf name, and this following on the heels of two previous, relatively successful albums: 2007’s “Leaves on the river” and 2009’s “White water, white bloom”.

As I mentioned above, Sea Wolf is mainly Church’s project and yet “Old world romance” is the first of his albums that was completed without the help of enlisted musicians, recorded all by himself. But instead of feeling like a basement (or living room) DIY project, the album has a crisper and cleaner sounding production than its predecessors and because he used a drum machine rather than a live timekeeper, some of the organic sound has been dispensed with, in favour of a more mechanical effect. I’m not saying this is a bad thing at all. In fact, I think it was this inner struggle that reverberates throughout the album between the traditional, folk stylings and the modern and electronic sounds that caught my attention in the first place. It’s almost a reflection of the man versus nature themes that are hinted at on the album’s cover and are prevalent in the naturalistic novels of Jack London . Yes, in case you Jack London fans were wondering, the band’s name, Sea Wolf, was taken from the novel of the same name.

“Priscilla” is my favourite track on the album. When I first listened to it, it drummed up memories of listening to songs like “Sonnet” and “This time” of The Verve’s “Urban hymns” for the first time. Not necessarily the vocal work, though Church does sound a bit a cross between Richard Ashcroft and Echo & The Bunnymen’s Ian McCulloch, but there is an atmospheric feel to it, naturalistic, much like The Verve’s dense ballads, it makes for heady chill out music. Starting off with reverb guitars that sound like a distress call or echoing birds calling over the bay, then, the drum machine beats crash in like waves and acoustic guitar strumming layers in with synth string washes, all haunting and chilling cold ocean breeze. Watch out. There’s a storm brewing here. The waves are picking up and smashing and pounding the stony shore. Interesting, then, that it’s a song about a relationship on the rocks.

“So Priscilla, this is important
Time to tell us this is
No goodbyes and no time for mourning
Now we’ll see what this love is for.”

Having reached my teen years growing up in a small town, wheels became an absolute necessity. I didn’t get my driver’s license until 1992, much later than my other friends, and only because I wanted to beat the implementation of graduated licensing in Ontario, Canada (those from the province of a certain age will know of what I speak). But even after getting my license, there was always the hurdle of convincing my parents to loan me their vehicle for the evening.

Luckily, we had a few friends in our group that had their own car or had no similar difficulties in borrowing one from their parents, and one of these was our friend Tim. Even when he went off to university, he had no problem getting his father’s keys whenever he was back in town for a visit. And though we appreciated being able to get anywhere within driving distance on most nights, it didn’t stop us poking fun at the malfunctioning climate controls or the fact that the fuel gauge was perennially on empty. We never did run out of gas, to everyone’s surprise, and Tim always ended the night by putting $2-3 in the tank to keep the needle just above the red mark.

Of course, there was always great tunes pumping out of the factory-installed speakers on those evenings out on the town. Tim seemed to have a new mix in the cassette deck every single time and though we always jokingly slagged him for his tastes, I was always discovering new bands this way. Which brings us to our song at the number twelve spot on my best tunes of 1992 list.

It was either late November or early December in 1992. It was most definitely a cold evening because I remember Tim having to rub away a small window in the frost that had accumulated on the inside of the windshield. He was back for the weekend from Waterloo university and we were getting into his car after taking in the late showing of “Bram Stoker’s Dracula” at the Whitby cineplex theatre. The heater didn’t seem to be doing anything to warm our bones but thankfully, the stereo was working and as he pulled out of his parking spot, Lush’s “For love” came bursting forth.

I would later learn that this was the second single to be released off “Spooky”, the London-based quartet’s first proper LP of new material. For this one, the band had enlisted Cocteau Twin’s Robin Guthrie to produce, much as he had on two of their previous EPs. Fans of his band might recognize his influence on the work here, lots of light bounces and sun reflections and haze rather than the noisy guitars of Lush’s shoegazing contemporaries. There was plenty of time for that later.

“For love” is still one of my favourite Lush tracks and not just because it was my first. Just listen to that bass line bopping back and forth like a slinky and those ringing and jangling guitars, sounding like chimes and bells dancing in the wind. And yeah, the dual harmonizing female vocals by Miki Berenyi and Emma Anderson, all breathy and breathless, voices sounding almost like they are singing through flutes. It could be the memory creeping in every time I listen to it but I always get the tingling feeling of a light frost and the twinkling and tinkling of icicles shaking off of fir trees. Beautiful.