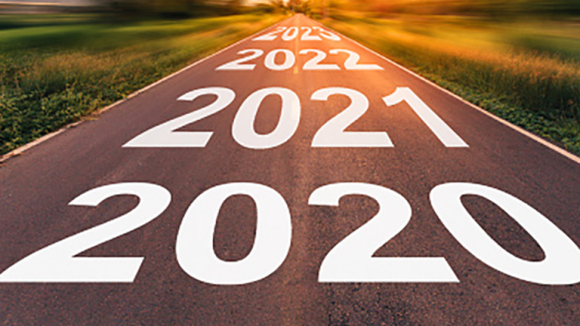 The idea of doing this list occurred to me late in 2021 and I immediately wondered whether it was too soon to revisit a year that many of us would soon forget. In the end, I decided to push through and move forward with this list, to keep 2020 in our minds and very much present, because though it wasn’t great for most of us personally, the music that came out of the year was splendid, giving us yet another example of how resilient we humans are as a race.

It’s true that the year was heavily defined by the COVID-19 pandemic, a global disruption that led to lockdowns, economic recessions, and the cancellation of music tours and festivals, professional sporting events, and bigger international events like Eurovision and the Olympic games. However, after the initial shock and awe of it all, time, the earth, and the human race marched on in spite of the unprecedented situation we all found ourselves in.

Donald Trump, the US president that many would likely prefer to forget, faced the first of his two impeachment trials in the early part of the year and later, made a mockery of the election process, refusing to accept the will of the people. The UK and Gibraltar officially withdrew from the European Union, aka Brexit. A peace agreement was signed between the US and the Taliban, signalling the end of the war and the beginning of the withdrawal of troops from Afghanistan. Oil prices hit an all time low (making everyone want to fill up their gas tanks but with all the lockdowns there was nowhere to which to drive). A man named George Floyd was killed by police in Minnesota, sparking Black Lives Matter protests across the US and the rest of the world. And amongst the many other notable deaths, here are just a few: Neil Peart (Rush dummer), Kobe Bryant (NBA player), Andrew Weatherall (DJ, producer), James Lipton (of ‘Inside the Actor’s studio’), Kenny Rogers (The Gambler), Tony Allen (afrobeat drummer), Jerry Stiller (comedian), Ennio Morricone (composer), Chadwick Boseman (actor), Ruth Bader Ginsburg (gender equality pioneer), Sean Connery (James Bond), and Alex Trebek (famed game show host).

On a personal note, the year actually started off well for me. My wife and I had just learned to curl, had joined a beginner’s league and we were enjoying it immensely. I had spent a week in Vancouver with work at the beginning of February and a weekend at the cottage with my friends near the end of the month. I had no way of knowing that these would be the last times I spent away from home for a very long time. In mid-March, we were told not to report to the office and that we would be working from home for at least two weeks, which turned into months, and now, years. I remember the early days of hunting down toilet paper and disinfectant wipes, and when we first started wearing masks out in public. Now it feels weird when we see people not wearing masks. The old normal feels so long ago.

Musically, the tours and live shows stopped immediately but the music kept coming. I kept expecting the new releases to slow but it never did. In fact, it’s like creativity was at an all time high, and bands and solo artists that hadn’t released anything in years were suddenly appearing with new material.

So to sum up: a crap year generally, but the music was great. Let’s have a re-listen, shall we?

#27 The Psychedelic Furs “Wrong train” (from Made of rain)