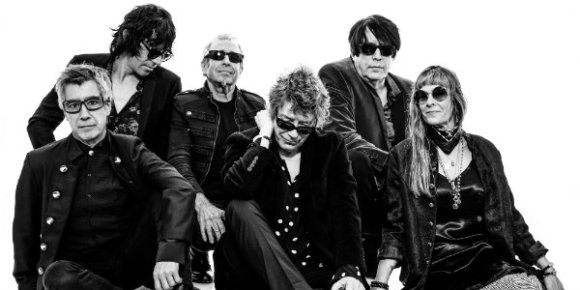 The Psychedelic Furs have been around forever. The British post-punk band formed in the late 70s and had a string of hits throughout the 80s. I first picked up on them in the latter part of that decade when I first saw the John Hughes film, “Pretty in pink”, whose title was inspired by one of the band’s early hits and of course, that track was re-recorded for the now iconic soundtrack. When I went through a retro 80s kick in the 90s, I picked up on even more of their tunes and ended up getting a copy of one of their best of compilations on CD but that was as far as I ever delved.

Still, I remember thinking it cool and a little bit funny when my friend Eileen was telling me and my wife a story over beers about how she met up with them at a tiny bar in New York when she was younger. She also laughed because she didn’t know who they were then and still didn’t really know how big they were but clearly remembered their name and that they were a ‘great bunch of kids’.

I also didn’t hesitate to ensure to catch their set when they played my favourite local music festival, Ottawa Bluesfest, a couple of years ago, even though the reformed group hadn’t released any new material since 1991’s “World outside”. I was absolutely rewarded by them playing pretty much all the songs that I knew by them but I was also super impressed by how they really rocked the stage, frontman Richard Butler especially tearing it up with those inimitable lungs of his.

So when I heard a couple of years later that the group had released its first album of new material in nearly thirty years, I was leery and almost gave it a by. As it was, I pressed play on Spotify, fully expecting to skip a few songs and give up the ghost in short order. How wrong I was! “Made of rain” was fresh and raw, full of killer hooks and Butler’s rock and roll vocals.

Track four on the album is a tune called “Wrong train”, a banger that was actually written by the band way back in 2001, near the beginning of their reunion run. Butler wrote it about his experiences living in the suburbs, a bad time in his life tainted further by his break up with his wife, the domestic life gone awry. It’s the roar and rumble of a commuter train, lost in sleep and dazed in the humdrum of the day, Butler’s voice roaring and soaring above it all, looking down at this daily drudgery like an out of body experience.

I listed to this yesterday but forgot to report back – his gravelly voice is still very distinctive.