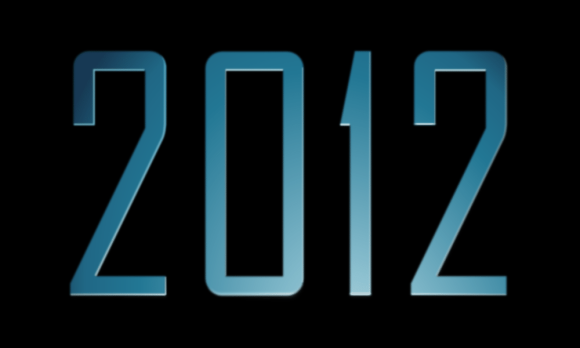 There were reports, rumours, and fearmongering that the world was going to come to a tumultuous end on December 21, 2012, started perhaps by the fact that the day, month, and year were multiple configurations of ones and twos, or perhaps by the purported end to some Mayan calendar. And these myths were likely the basis for the natural disaster, end of the world film that came out three years prior and to this day, I’m not even sure I’ve seen. All of which is moot, given that the world didn’t actually come to an end, else I wouldn’t actually be writing these words and you wouldn’t be reading them.

However, some things that did come to pass were that the Encyclopedia Britannia went out of print after 246 years in physical existence, Megaupload was shut down by the FBI, and Lonesome George died, rendering a certain giant turtle subspecies extinct. Vladimir Putin was elected President of Russia, Barack Obama was re-elected for his second term as president of the United States, and Queen Elizabeth II celebrated her 60th year on the throne. We saw the worst power outage in history take place in India, leaving 620 million without power for two days. The exploratory rover, Curiosity, landed on Mars. The Summer Olympics were held in London, England and the World Expo in Yeosu, South Korea. It was the year that saw the birth of internet sensation Grumpy Cat, but sadly we lost many more in Whitney Houston (singer, actress), Dick Clark (NYE host), Ray Bradbury (author), Neil Armstrong (astronaut), Ravi Shankar (sitarist), and Richard Dawson (game show host).

On a personal level, I cannot think of anything super remarkable that happened, the usual work, eat, sleep, and music. Speaking of music, 2012 was the year I started collecting vinyl again, thanks to my lovely wife, and I did see a lot of great shows, including my first full festival tour of Ottawa Bluesfest and the first of two years in a row at Montreal’s Osheaga. I also discovered and listened to a lot of great artists, as will be evidenced by this list as it plays out. As always, enjoy and let me know what you think.

#26 Passenger “Let her go” (from All the little lights)

#24 John K. Samson “Heart of the continent” (from Provincial)

#20 Trampled By Turtles “Alone” (from Stars and satellites)

#17 The Raveonettes “Curse the night” (from Observator)

#16 Amos the Transparent “Sure as the weather” (from Goodnight, my dear… I’m falling apart)