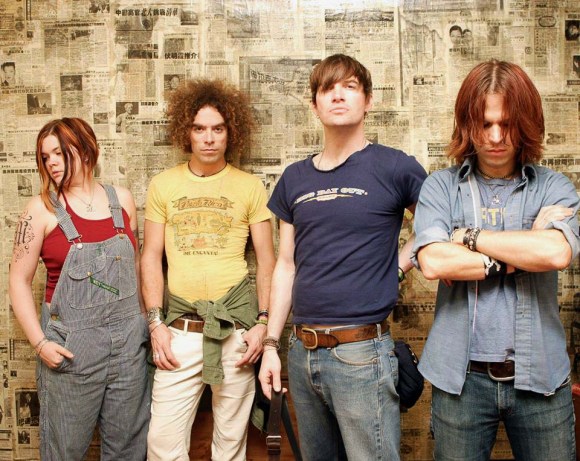 When The Dandy Warhols last graced these pages, it was September in 2017 and they were hitting up the number two spot on my Best tunes of 2000 list with the very, very excellent, “Bohemian like you”. I wrote in that post how I saw them live before I had properly become familiar with their music but was so enthused by their set that I purchased “Thirteen tales from urban bohemia” on CD a few years later, without first hearing a note. The rest was history, I suppose. I bought “Welcome to the monkey house” when it came out in 2003, watched the 2004 documentary “Dig!”, and went back to explore their 1990s output. It seemed to me that I had found a new favourite band – I’ve had many over the years – but then, the Dandies went through a period where their excesses were allowed to overflow their bubbling cauldron. I couldn’t get into their 2005 album, “Odditorium or warlords of mars”, at all, and ditto for its successor, 2008’s “…Earth to the Dandy Warhols…”. I moved on.

The Portland, Oregon based alternative rock quartet were relatively quiet for the next bunch of years, their only musical releases being an alternate version of “Monkey house” (called “The Dandy Warhols are sound”) that came out in 2009 and ‘best of’ compilation released by their old label just before they parted ways with them in 2010. There were murmurs of a new album in 2011 when frontman Courtney Taylor-Taylor joked about potential album titles while on tour. However, when “This machine” was finally launched in the spring of 2012, it came upon me as a surprise. Being the forgiving sort that I am, I gave it a spin and it ended up being featured on my old blog, Music Insanity, as one of my favourite releases of the month.

For this album, The Dandy Warhols opted for a simpler, ‘stripped down’ approach and for me, it felt a lot less excessive and a lot more palatable. “I am free”, for example, contrives to sneak up to some of their early singles and rival them in the ear worm category. The jumping and reverberating guitar line by Peter Holmström deserves a true guitar rock god stance, legs spread wide and axe held aloft. Brent De Boer pounds the drums and Zia McCabe holds the bass line steady and true. Taylor-Taylor, of course, fronts it all with his usual tongue in cheek attitude, his laidback, slacking delivery giving it just the right vibe. And when the horns kick in at the end, it doesn’t even feel like they’re crowding themselves into an already packed room. It feels effortless and easy.

Yeah. “I am free” is easily my favourite song on the album but it is by no means the only good track. To me, it was like a comeback of sorts, a righting of the ship, a beginning of a new course that followed the band through the string of their next bunch of albums.

Bohemian is indeed excellent, with a pair of verys!

Have you listened to any of their later work?

Have you heard their ‘We are your friends’??

Did you mean the song “We used to be friends”? If so, yes. Excellent tune.

Yes, Sorry, I mistyped.. I love that song.. I have also reviewed it on my blog!! Please do check 🙂