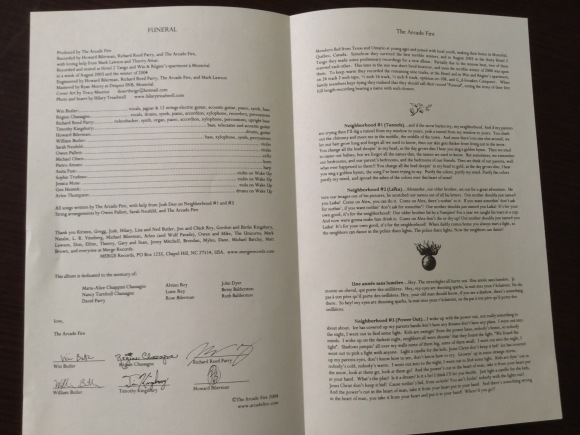 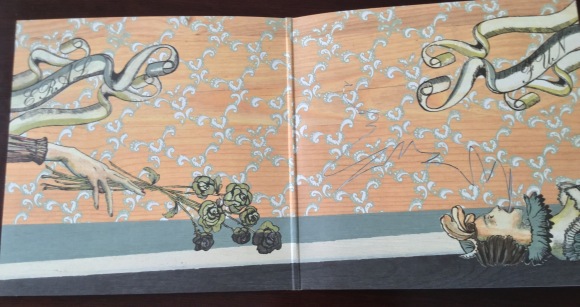 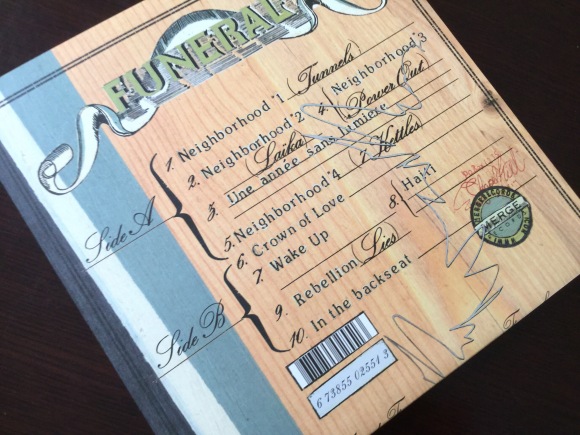 The skinny: The debut album by Montreal’s indie rock collective led by Win Butler and Régine Chassagne. It’s dark and uplifting, big and bombastic, informed by post-punk but with a voice all its own.

Haven’t really listened to this in a while, but it’s a damn fine album. I also have Neon Bible, but beyond that I haven’t bothered much.

Don’t have Neon Bible but it’s on my radar to get. The next post in this series will be The Suburbs, also a very fine record.

I didn’t really enjoy The Suburbs, but I’ve been considering revisiting it. I think at the time I just didn’t have the patience for it.

You should definitely revisit if you kind find the patience. 🙂

That was the standout track for me too!

That’s a pretty set. I had this on CD for a while, and it never worked for me. Still, cool beans!

Yeah. I especially get a kick out of the pamphlet that comes with it that looks a funeral programme. Sorry to hear this album never worked for you. Did you like any of Arcade Fire’s other work?

[…] fine albums since and still touring regularly to appreciative audiences. This album, along with Arcade Fire’s “Funeral”, was a big part of the reason that the world turned their collective ears to Canada and we had an […]