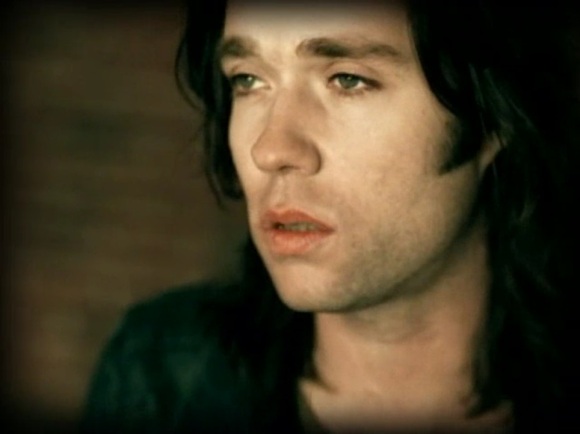 It feels like forever since I’ve done one of these 100 best covers posts. In fact, I had to look back in my archives to see how long ago it actually was and then, got caught up in listening to Dum Dum Girl’s cover of “There is a light that never goes out”, all over again. So we go from The Smiths to The Beatles, two iconic British bands from very different eras and just over two months in between.

“Across the universe” was a John Lennon composition, consisting of some of his very favourite lyrics. Interesting, then, that it was shelved for so long and finally appeared first on a charity compilation album and then, on “Let it be”, mostly because of the footage of it caught for the documentary film of the same name. There are a few versions of the song floating around out there, one with singing bird sound effects bookending the music and of course, the more popular one remixed by Phil Spector.

Rufus Wainwright is Canadian singer/songwriter who is the offspring of American folk singer Loudon Wainwright III and Canadian folk singer Kate McGarrigle and the older brother of Martha Wainwright. His cover of “Across the universe” came about after the release of his second album, 2001’s “Poses”, and he was approached by Sean Penn to record a version of the Beatles song for his film, “I am Sam”. The initial plan was to use the original Beatles versions for the film and its soundtrack but the filmmakers were unable to obtain the rights for all the songs. Apparently though, the filming had been done using the originals already so the covers had to be recorded using the same time signatures.

Rufus Wainwright’s cover may be in the same time signature but his version is all him. Where The Beatles’ original is all psychedelic, spiritual, and soaring over a technicolor world, using all the studio bells and whistles, Wainwright’s is a mostly stripped down affair. It’s guitar layered on guitar and his vocal tracks layered upon each other. And those Wainwright vocals are the key, playing somewhere between opera, show tune, and glam rock, taking on a life of their own and bringing with them the inherent sadness of the song. Quite beautiful really.

Jings! I haven’t listened to Rufus Wainwright in a long, long time… pretty much since Want One!

Anyhoo, I’ve never heard this. How controversial is it to say I much prefer the Rufus cut?

Really? I’d say pretty controversial but not out of the question. The man has a pretty wicked voice. I loved his first album and this is a pretty fantastic rendition.

Yeah… I think it’s the voice that does it, y’know. It’s warm… always thought that about him… a very engaging voice. You just can’t help but engage.

Beatles & Smiths would be 2 of my favourites ever – fortunately, both covers were well done!
I enjoy that Rufus never really hits a note straight on, I quite like his vocal wandering!

Exactly! I think you hit the proverbial nail on the head with that one. He’s a vocal wanderer.

I haven’t heard the Dum Dum Girls’ version, but the Ocean Blue did a solid cover of “There is a light…” sometime in the 90s. In fact, the cover was almost ‘too’ committed to the original.

You should check the Dum Dum Girls version then. Quite different and quite lovely,

I too love Rufus’ voice, however “Across The Universe” is one of the very few Beatles songs that I have never enjoyed, and sadly “nothing’s going to change my world”.

Sadly indeed. But I completely understand.