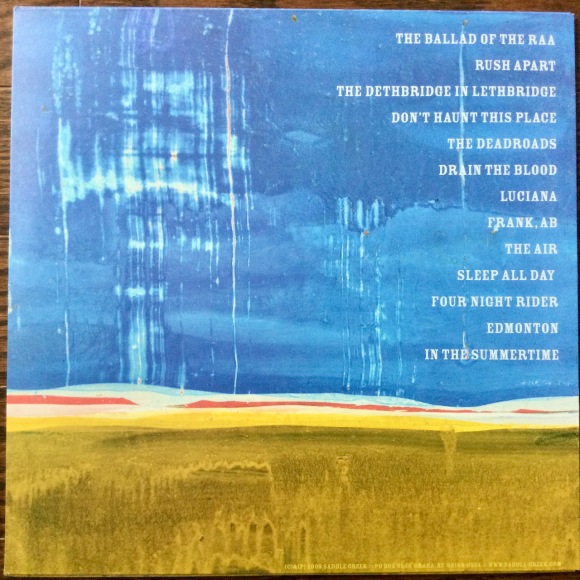 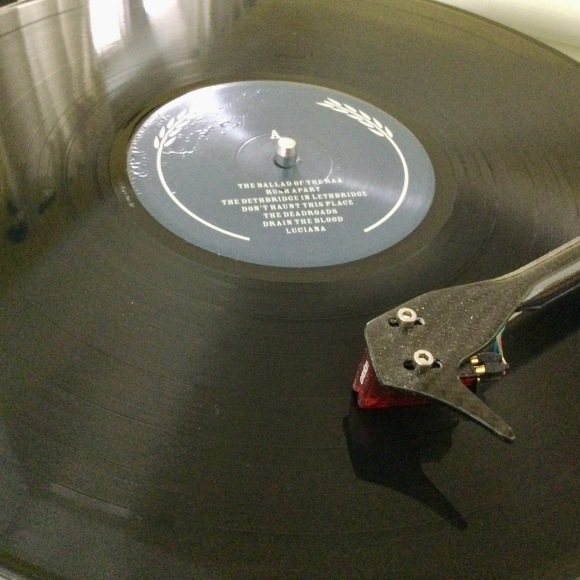 The skinny: I saw The Rural Alberta Advantage live for the first time at Ottawa Bluesfest in 2010, before I had ever listened to any of their recordings. I was so impressed by their crazy blend of folk/country, punk, and simply wicked percussion, that I immediately afterwards sought out their debut album, “Hometowns”, and then, proceeded to see them live twice more in the span of the following year. The Toronto-based trio of Nils Edenloff, Amy Cole, and Paul Banwatt fast became a favourite of mine so when I found a copy of this debut album at the now-defunct Record Shaap, I quickly made it part of my collection. And this, in 2012, in my collections’s early days, back when it was in the single digits and before I had even purchased my turntable. I still spin this original, plain black pressing with regularity because it is simply an excellent collection of raw rockers.

[…] The packaging is very similar aesthetically to the debut (which I featured in last weekend’s post), but the album cover is one of my favourites, a very Canadian image […]

[…] The Rural Alberta Advantage. Over the last two weekends, I have given their first two records, “Hometowns” and “Departing”, the Vinyl Love treatment, mostly because I was in a mood to listen to […]