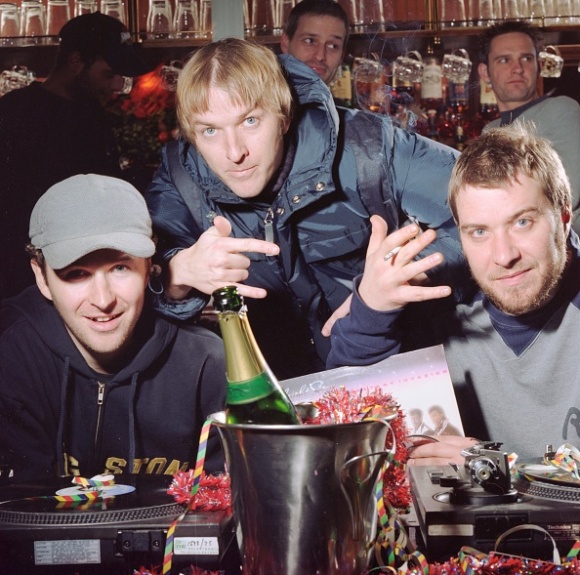 At the number three spot is another fantastic track by Doves, the only band to make more than one appearance on this Best tunes of 2000 list, the other being at number #10 with “Catch the sun”. Both songs are from the band’s stunning debut album, “Lost souls”‘, an album I didn’t actually hear until two or three years after the fact but one that has since reached the upper echelons in my all-time favourites conversations.

“The man who told everything” is the third single to be released off the album and lyrically, though I can’t be absolutely sure, appears to follow the same sort of themes expounded in single number two, “Catch the sun”.

It’s almost like the band were writing about how they were feeling at the time of making the record. Being that it was a very long process and that they were drastically changing their approach to music, they couldn’t wait to unleash “Lost souls”. It all feels very transformative, like their cocoon had become way too small for all their grand ideas and they were bursting to get it all out into the big blue world and into the sunshine. They didn’t want to hold anything back and in this excitement, seemed to be pushing everyone else to do the same. Live big and bold.

And the music expounds all that.

“The man who told everything” is big, bold, and beautiful. But don’t mistake my words for inferring that this tune is high energy frenzy. Instead, for all the excitement of the words, the music has a more muted pace. The guitar strumming matches the easy drumming at the outset but at each chorus, another layer of guitars and string effects is added that has an arduous quality, at once daunting and stubborn and unforgiving. I don’t how to else to describe it. It’s brilliant though. I like to listen to this one late at night, lights dimmed, earphones on, volume up, eyes closed, a pint not far from hand, and just let the waves of it all crash over me. So much awesome.

Thanks for another reminder to get to Lost Souls, ASAP!

It is a brilliant record, and I like your view that they were excited to release it because it was such a departure from the kind of music they’d released previously. Great shout out JP!

I haven’t listened to Doves in a while. I was on a wee bit of a run a few years back and gave this album a good revisit.

[…] is the third single to be released off “Lost souls” and coincidentally, came in at number three on my best tunes of 2000 list. Forgive me if I plagiarize myself from that earlier post it because, […]