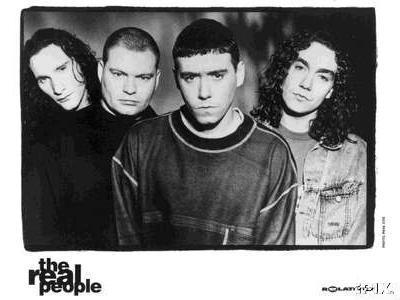 We start off this best tunes of 1991 list with a bit of an obscure number: “Open up your mind (Let me in)” by The Real People.

I first heard this song while VCR recording music videos off City Limits, the old late night alternative music show on MuchMusic. This was a regular past time for me and my friend/foster brother Elliott. Every Friday night and into the early hours of Saturday morning, we would be in the basement at the TV, each of us with a video tape at the ready, vying to see who would record the next video for later viewing and reviewing. I can’t remember which of us got this particular video, probably Elliott, but we both loved the song, it fitting in with a lot of the music we were getting into at the time. I never really explored much of their other material until years later, when I found a copy of their self-titled debut in a used CD shop on Queen street in Toronto, but Elliott would get a copy much sooner. I distinctly remember seeing it on his racks within a year or two at most, on a fateful day, later named Tremolo day in infamy (definitely a story for another post), when I stopped by his apartment with Andrew Rodriguez, who had left some stuff there the night before.

The Real People were formed in Liverpool in 1988 by brothers, Chris and Tony Griffiths, and were signed to Columbia a year later. Unfortunately, that aforementioned debut album was their only released long player for the label. They had recorded a sophomore album, from which a couple of singles were released, but the actual album, “Marshmallow lane”, didn’t see the light for over two decades. The brothers continued to be active, however, releasing music independently in the latter 90s and early 00s, and cultivating a healthy cult following in the process. They were also quite instrumental in Oasis’s early years (yes, THAT oasis), helping record and performing on a number of their demos, songs that eventually found their way on a certain “Definitely maybe”.

“Open up your mind (Let me in)” was The Real People’s fourth ever single and second released off their debut. It’s a bit dated now, definitely being of its place and time, but being the nostalgic sort that I am, I still love it to pieces. The drums are baggy acid house and the reverb guitar effects hint at shoegaze. The vocals range from sounding like Bono to The Beatles to Peter Gabriel. It’s a fun and bouncy track and there isn’t anything wrong with that at all. Cheers!

Random phone photo number twenty-eight: half price sale? #covıd19 #newnormal #gasprices #gobsmacked #halfpricegas
Re-watching game 2 of the 2019 Raptors NBA playoff run. This is where it truly began. Go Raps! #raptors #raptors2019champs #rapsvsmagicgame2 #nbashutdown2020
Things are getting a wee heavy out there so I thought I’d lighten things up with a Wee Heavy chez moi. This delicious beer by Bicycle Craft (@bicyclecraftbrewery) has been a favourite of mine for a few years now so I always try to get out to the brewery to pick some up when it’s in season. Cheers all! #craftbeer #craftbeerjunkie #localbrewery #buylocal #613beer #ottawacraftbeer #ontariocraftbeer #weeheavy #strongbeer #bicyclecraftbrewery #beeroclock🍻 #tgif #cheers
I love it when there’s a history lesson on my can of beer. Here’s Kichesippi Brewing’s (@kichesippibeer) St. Patrick’s day special dry Irish stout, named in honour of the Irish immigrants who helped build Ottawa’s famed Rideau canal. Happy St. Patrick’s day! #craftbeer #craftbeerlover #craftbeerporn #localbrewery #buylocal #613beer #ottawacraftbeer #ontariocraftbeer #dryirishstout #stpatricksday #kichesippibeer #historylesson #ottawahistory #rideaucanal #corktownstout #corktownfootbridge #beeroclock🍻 #cheers