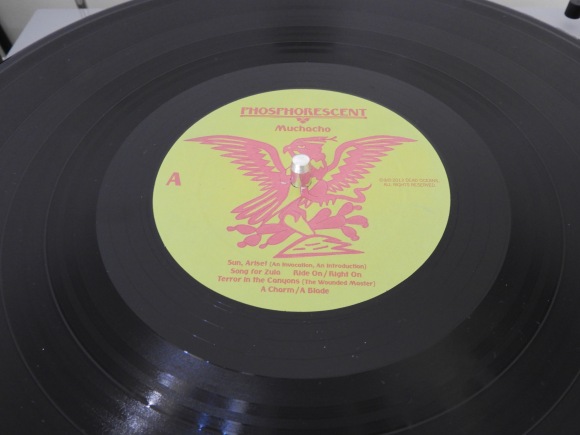 The skinny: If you’ve not heard the song below, do yourself a big favour and press play on the YouTube clip below. This was my introduction to the world of Matthew Houck and his work under the nom de plume, Phosphorescent. He changed his sound up pretty big for this, his sixth studio album, creating a whole world of sound for us to dive into. It’s now been five long years of waiting but he’s finally coming out with a new album in October and I can’t wait to hear it.

I like the lack of rapid fire edits in the video, nice sustained shot!

And the song?! What do you think of the song man? Finish the freaking story!!!! Hahahaha

I’m going to see them in October.

Cool! I saw Phosphorescent when he was on tour for this album a bunch of years ago. It was a short but excellent set. I feel like the new album may have fewer nipples though.

What?! He’s turning his back on everything we fans want?!

I could be wrong?

I love this one. Beautiful album. In fact, I’m gonna play it now.

Have you heard the live album? I was tempted to pick that up… I believe it’s a triple.

No, I haven’t heard the live album. It’s probably awesome, he was great when I saw him live.