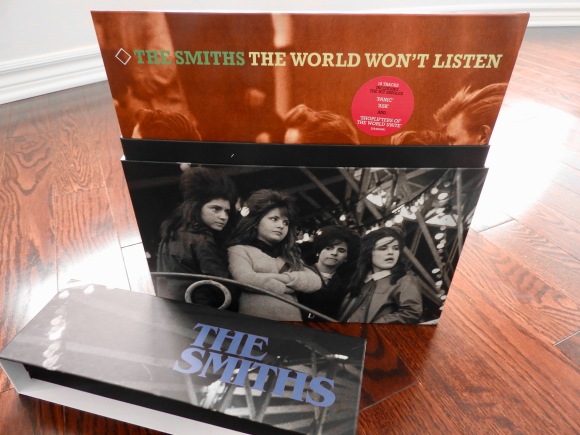 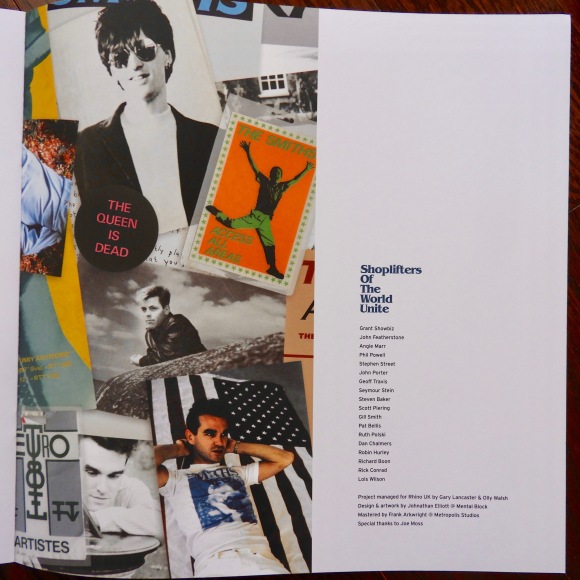 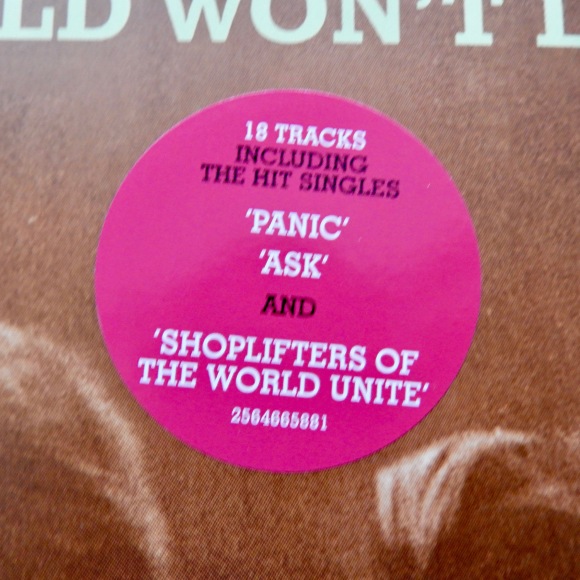 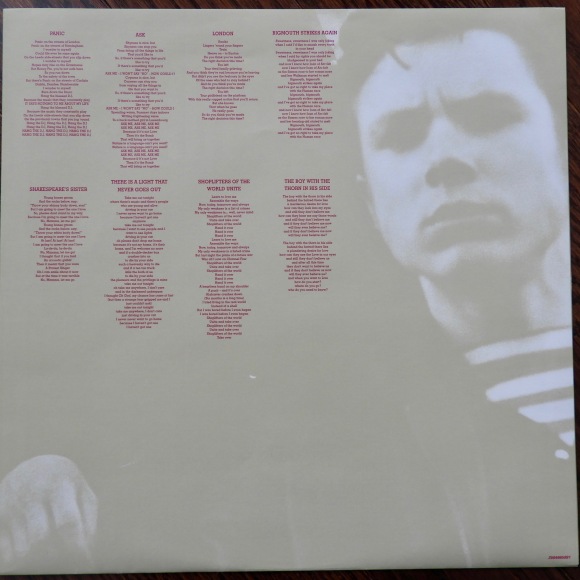 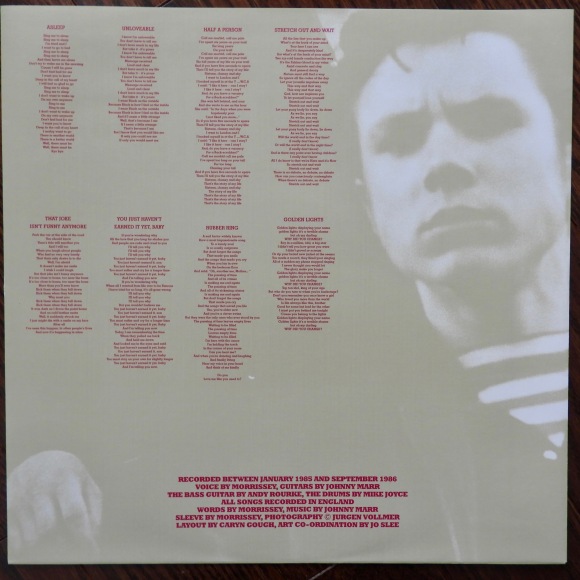 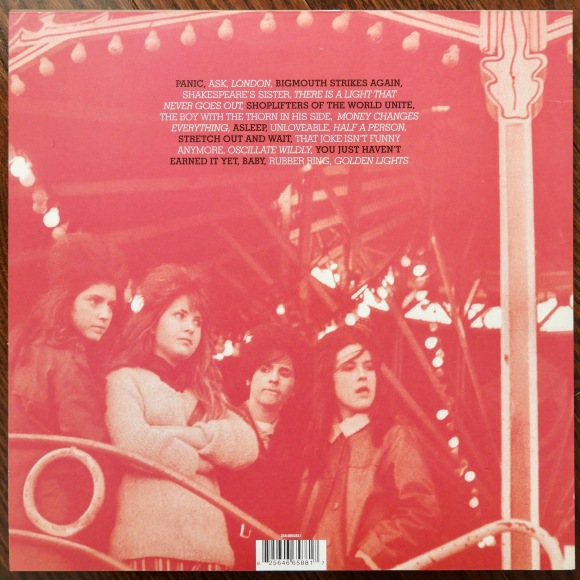 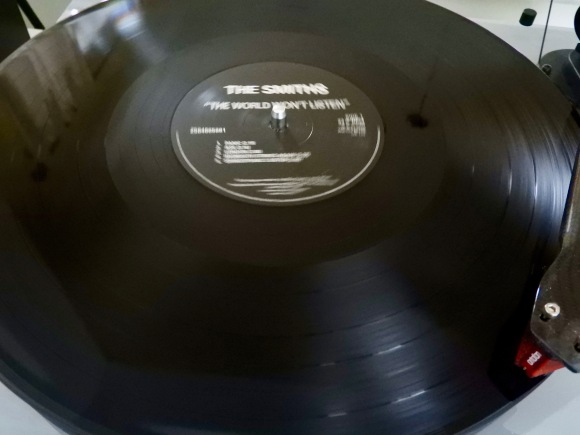 The skinny: Happy Sunday! Are you getting tired of seeing pictures of the pieces from this box set yet? Patience. Just a couple installments to go. This compilation, whose title is an expression of Morrissey’s frustration at the band’s lack of exposure, gathers together a bunch of the band’s singles and their b-sides, released between 1985 and 1987. As a record, it’s one that doesn’t see the platter often because of the compilation that was originally released a mere months after this one and that one will be featured next week. That other one is a big favourite of mine and the song featured below is one of only two songs from this one not available there.

Standout track: “The boy with the thorn in his side”

4 replies on “Vinyl love: The Smiths “The world won’t listen””

Their discography is kind of annoying – I think there are songs like Money Changes Everything that are here and nowhere else.

It kinda is, yeah. That’s why this “Complete” box set was almost a must for my collection.

I have all the patience in the world for these posts – it’s a complete box set, These Things Take Time!

[…] was released a mere three months after the focus of last week’s ‘Vinyl love’ post, “The world won’t listen”, rendering this latter one all but useless as compilation. Like a lot of their discography, the […]