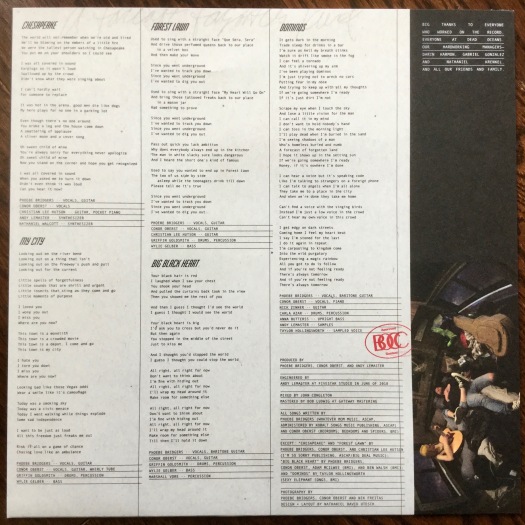 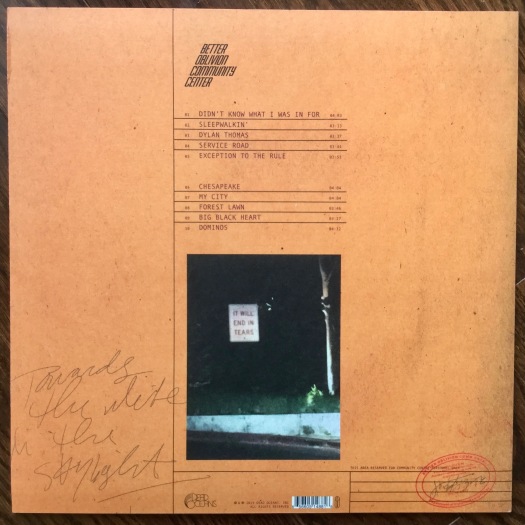 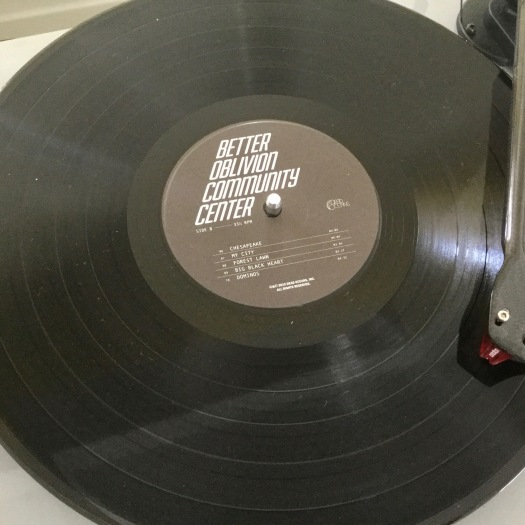 The skinny: I’m finishing off the re-visit of my five favourite albums of 2019 with this, my number one album of the year: the self-titled debut by the collaborative project, Better Oblivion Community Center. (If you’ve been paying attention, you’ll notice that I skipped over my number two album. And that’s because The National’s “I am easy to find” received the ‘Vinyl love’ treatment shortly after it hit the shelves back in May of last year.) Released as a bit of a surprise to both of their sets of fans, this album brings together Phoebe Bridgers and Conor Oberst, two indie artists of varying success, age, and experience. As I said back in December: “Better Oblivion Community Center is more than two like-minded indie folk singer/songwriters working together. Despite their differences in backgrounds, experiences, and age, their work on this album suggests they are bringing the best out in each other, stretching each out of their collective comfort zones.” I missed out on the initial limited edition, coloured vinyl release but managed to find this one for my collection a few months later. This pressing is the standard, bare bones release but for some reason, my copy has the B-side label affixed to both sides of the disc. Does anyone else have this or was it just my luck?