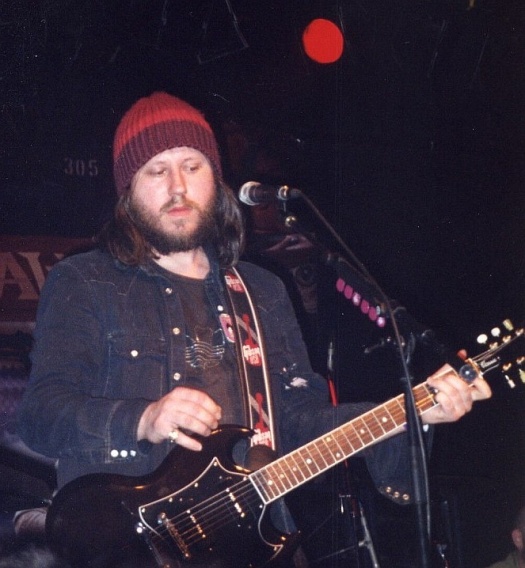 In the early spring of 2000, I met up with my old roommate and university friend, Ryan, and we went to see a new John Cusack flick at the Bloor and Yonge cinemas in Toronto. We both came out of the theatre talking excitedly, both us having immensely enjoyed “High fidelity”. Over beers afterwards on some patio or other along Bloor street near the Annex, Ryan told me that he liked it just as much as the book by Nick Hornby, upon which it was based. I hadn’t known about the book and so shortly after that evening, I went out and bought it in trade paperback, promptly devoured it, and put it away on my shelf.

Fast forward about two and a half years, I was then living with my future wife Victoria in a basement apartment in the Vanier neighbourhood of Ottawa, something I never would have fathomed that evening over beers with Ryan. But there I was and given my meagre call centre salary and Victoria’s part-time hours while finishing up her Master’s degree, we were living a frugal existence to say the least. They say that necessity breeds ingenuity. I guess this is how I discovered that the Ottawa public library loaned out DVDs for free and how I managed to watch a lot of films I might not have otherwise seen (like “Eternal sunshine of the spotless mind”, for example).

On one of my many trips to the main branch downtown (where they had the best selection), I picked up a Hugh Grant rom-com called “About a boy”. I’ve always loved Hugh Grant in pretty much everything he’s done, despite the fact that there’s some truth to the critique that he’s always playing the same character with only slight variations. However, his role of Will in “About a boy” seemed to me then (and still does) the role Hugh Grant was born to play and the film was so much more than your normal rom-com fare. I remember sitting afterwards while the credits rolled and absently humming along with the music, not really knowing what hit me, and I noticed that it was based on a book by Nick Hornby. The name seemed vaguely familiar so I crossed the living room to my desktop computer, booted it up, and did a Google search. The connection was made, I ordered the Nick Hornby book from the library, finished it, and ordered another and another, until I had gotten through everything he had thus far written. Hornby has since become one of my favourite authors to read (though for some reason, I still can never remember his name).

The film “About a boy” (properly) introduced me to Nick Hornby but it also introduced me to English singer/songwriter, Damon Gough (aka Badly Drawn Boy). On the back of his wildly successful debut released two years beforehand*, the filmmakers asked Gough to score the film and his soundtrack is a mix soundbite-like jingles and fully-formed songs, all with the same laidback groove and hipster cool feel. “Something to talk about” is one of these latter and the second proper single released from the album. It’s got the strut and flow and attitude of the film’s main character. Indeed, you could easily imagine Gough walking down the street behind Will, performing this as his personal theme music, all decked out in knitted hat, shaggy hair, beard, and sunglasses. Subtle and hip and effortless. That is all.

*I spoke a bit about that debut when “Once around the block”, one of its singles, appeared on my Best tunes of 2000 list.