“There’s no leaving now”, Kristian Mattson’s third solo album as The Tallest Man on Earth, was my introduction to his music and though I fell deeply in love with its gentle beauty, much as I did his following three albums, I still have yet to explore his first two records. Perhaps it’s a needless worry that his songwriting might not stand up to what I’ve heard is a more bare-bones sound – just him and his guitar – that has kept me from them. I’m sure I’ll get to them eventually and when I do, I’m sure that I’ll love them just as I do the rest of his tunes.

How can I not?

Just listen to our song today, “1904”, with its loving strum and cascading guitar flourishes, and let the wistful joy wash over you. Kristian is channelling Dylan and Drake and Guthrie, jamming with friends by candlelight, seated on sofa cushions pulled from their normal spots and transferred to the scuffed up hardwood of a high-ceilinged Victorian home. He is singing about an earth shattering and earth shaking moment, some have pointed to an earthquake that occurred in his part of the world in the year referenced in the song’s title, but you get the feeling as the song pulls you in, that the actual event doesn’t matter. It’s how you allow it to affect you, how you learn from it, and how you carry on afterwards that really matters.

I remember when I first heard this song and the album on which it appears and could not believe what I was hearing. Perfect folk, out of time and out of place. Much like Swedish compatriots First Aid Kit, home informs his sensibilities, just as much as his love for those that influenced his sound. It is all so obvious and so passionate and so easy to get caught up in and pulled along in its wake. He has said that in writing this album, he wanted a brittle sound, one that gives a “feeling that it might just fall apart” at any moment. And he’s definitely achieved this precariousness, a moment in perfection that we all know can’t last forever.

But luckily for us, we can simply replay the track and live it all over again.

“I’m a legionnaire, camel in disrepair, hoping for a Frigidaire to come passing by.”

And so begins yet another great track off The Decemberists’ debut album, “Castaways and cutouts”*. I got into this album and the following year’s sophomore album simultaneously, perhaps sometime in 2004, after reading about them in my favourite indie music magazine ‘Under the radar’.

I remember being immediately blown away by the songwriting of Colin Meloy. Being a word geek myself, I loved the wordplay and use of archaic terms and thought it hilarious that I found myself reaching for the dictionary when listening to the lyrics of a pop song, indie or not. But it was not just the choice of words that won me over. It was how Meloy employed them, creating worlds and weaving tales, vivid and imaginative and just so much fun. And then there was the music, indie rock with a folk rock flavour, sampling music from around the world, and not just evoking that of today, but from different points in time throughout history.

The Decemberists have gone on to make eight studio albums in total and a handful of EPs, and successfully navigated the jump from indie to the majors without losing an ounce of what made them great. Every one of their songs is an adventure and you would be hard-pressed to tell me that they are one of those bands whose songs all sound the same.

“The legionnaire’s lament”, despite its title, is an upbeat number. It was the song that first hooked my wife Victoria to the group and is one to which we both love to sing along. And though the words can be esoteric and the specific experience unfamiliar – that of a French Foreign Legion soldier stranded in the desert, his plane shot down in battle in a war over a hundred years ago – the sentiment of missing his love and his home is universal and instantly recognizable.

“If only some rain would fall on the houses and the boulevards and the sidewalk bagatelles (it’s like a dream). With the roar of cars and the lolling of the cafe bars and the sweetly sleeping sweeping of the Seine. Lord I don’t know if I’ll ever be back again.”

Our protagonist is faithfully represented by an angry and forceful strum on the acoustic, the mirage of a jaunty drum beat and playful electric guitar lick, but what really places you in the tune and perfects the feeling of homesickness for Paris is the frolicking accordion. So good.

*”July July” from this same album appeared earlier, at number nineteen, on this list. 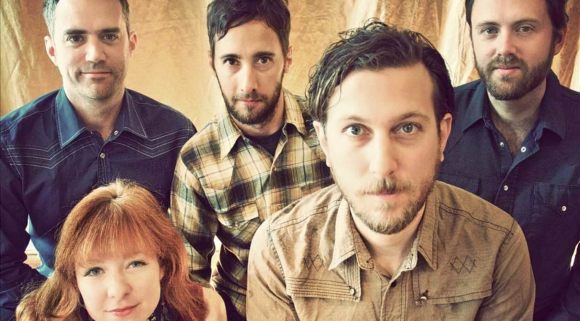 If you’ve never heard of Great Lake Swimmers or listened to their poignant indie folk, you’re indeed missing out. In the past, I would often say about them that when listening to them, they were an amazing experience, but would then go long periods without listening to them and forget about them, until a new album was released and I would fall in love with them all over again. But now that I’ve seen myself amass a bunch of their records as a part of my vinyl collection, I can honestly mark them down as one of my favourite bands, not just a standout amongst the indie folk greats.

Great Lake Swimmers have always been the project of singer/songwriter Tony Dekker. He started out using the name back in 2003 and recorded the self-titled debut in an abandoned grain silo in his hometown of Wainfleet, Ontario. Over the years, he has brought in a number of different musicians to augment his quiet and honest musings on life and the world around him. It felt there was a shift, though, with the band’s fifth album, 2012’s “New wild everywhere”. To his long time collaborator in Erik Arnesen (banjo/guitars), Tony Dekker added fiddler/vocalist Miranda Mulholland, upright bass player Bret Higgins, and Greg Millson on (gasp!) drums.

Yes, the drums were a somewhat new fixture and almost automatically picked up the tempo and mood by default. But I really think it was the addition of Miranda Mulholland that breathed new life into Dekker’s compositions with her backing vocal harmonies and her rollicking fiddle work. Just take “Easy come easy go”, my favourite tune on the album, as an example. Of course, it still features Dekker’s literate and hefty words but it’s more upbeat than anything he had produced up to that point.

“Call it chance, call it choice
Words escape on the breath of your voice
Spinning a magic as they arrive
It’s not fail when it’s a shallow dive”

But don’t get the wrong idea. It is still subdued, classy, and understated. You can almost see Tony and his band just nodding and tapping their toes, performing in button up shirts, done all the way up, sleeves rolled to the elbow, hair slicked or tied back, everything prim and perfect and no-nonsense. Meanwhile, the crowd gathered to watch them, in my mind’s eye, in a broken down barn, on a quiet and warm summer’s night, surrounding the band from an appropriate distance, swaying in abandon on top of hay bales, stomping their feet, and swinging and dipping their partners in love.