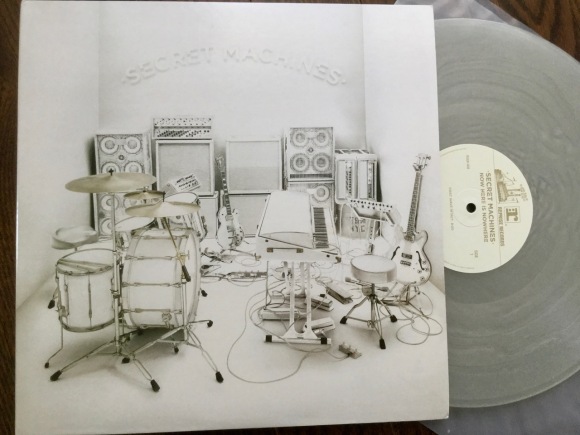 The skinny: Just over a week ago, Brandon Curtis’s Secret Machines came out with a new album, their first in 12 years and first since the death of the frontman’s brother and ex-bandmate Benjamin. I had only heard news of this release a few weeks before, just enough time to get suitably excited. I had loved the neo-space/prog rock of the band’s first two albums and was only slightly disappointed by the sole release (up to now) after Benjamin’s departure. “Awake in the brain chamber” is an excellent new album and immediately got me thinking about their other work. So I dug out “Now here is nowhere”, the band’s very excellent debut, to take for a spin. This pressing was done by Run Out Groove Vinyl, a label that releases special edition vinyl reissues as voted by fans. ROGV-008 is pressed to two 180-gram slabs, clear with swirls, both a different colour, numbered, and artwork lovingly redone on a gatefold sleeve. It sounds just awesome, rocking and droning for days.