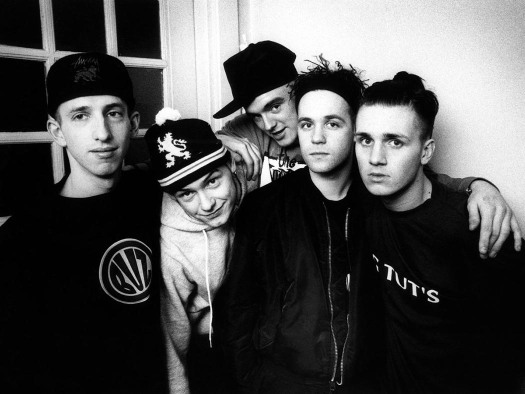 What do you call it again when an artist or band writes a song that becomes the biggest thing they ever do, overshadows their entire body of work, and becomes the only song they are remembered for? Oh yeah…

Well, in the case of EMF’s “Unbelievable”, it just happened to be the first single that the Gloucestershire dance group ever released. It was actually released in the UK in 1990 but didn’t hit North American shores until 1991, which is when I would have first heard it (hence it being in this 1991 list rather than for 1990). It found itself at or near the top of the charts in most countries and hit gold status in Australia, Canada, England, and the United States. All that means nothing though. You really know you’ve made it when ‘Weird’ Al Yankovic takes notice of you. That prince of parody fit the song’s chorus lines, “The things you say, your purple prose just gives you away”, into his polka medley, “Polka your eyes out”, on his 1992 album, “Off the deep end”.

Though “Unbelievable” sounds a bit dated today, it hit all the right notes in 1991. It took the acid house beats and psychedelic sounds of the baggy Manchester deeper into dance floor territory. I definitely heard it a few times at high school dances and mouthed along with the chorus lines while shuffling along in my own corner of the auditorium or gymnasium floor (whichever it was at the time). It is an unbelievable danceable groove, peppy drumming set against a slick bass line and plenty of fun samples, mostly notably, the Andrew ‘Dice’ Clay trademark “Ohhhh!!!!!” leading into every chorus.

Okay. So this song isn’t going to save the world but at least it might make us forget our troubles for three and a half minutes, while we’re sweating out the alcohol molecules underneath the disco ball.