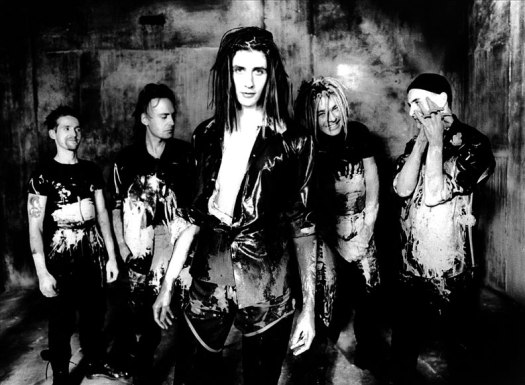 Surely you all remember “Right here, right now” and some of you might recall “Real, real, real”, but what about “International bright young thing”?

I feel like I might get some mixed responses to this question. In North America, only the first of these received ridiculous amounts of airplay, still getting some smatterings here and there on today’s pop radio and some usage in commercials now and again, so that most might only remember the band for that one song. But I’d be curious to hear from our friends in Europe and England, where “International bright young thing” actually outperformed the other two, ending up the highest charting single from “Doubt”.

To be honest, “Doubt” was the one album I knew (and I imagine the same could be said for most people) but the band has actually released five albums. (And would you believe that a new one, their first in 17 years, is due out in the spring?) I couldn’t tell you if their sound has evolved over the years, though I can’t imagine it hasn’t, but “Doubt” is definitely of its time and place. Alternative dance was all the rage in 1991 and Jesus Jones was right on the front lines. I’ve listened to the album a number of times over the last little while, bringing back tonnes of memories each time, and I’ve decided I still love it, despite it obviously showing its age.

I’ve thought about dragging out and boring you with some of those stories and memories that this band and this particular song dredge up. Like the one about how this album somehow converted my friend Jason, the world’s biggest Poison fan, to alternative music. Or the one about how my friend Elliott ran into Mike Edwards outside the MuchMusic building in Toronto, asked for his autograph, and instead learned what a ‘dick’ the lead singer was. Or I could talk about the night I watched the video for “International bright young thing” over and over on videocassette for well over half an hour one night. But such a high energy dance begs something more exciting.

Unfortunately, I’ll have to invent something because I honestly don’t believe I’ve ever heard a Jesus Jones song played in a dance club. It could be that I never got out to an alternative club until ‘94 or later and by that time, these guys had already run their course. But there must’ve been a Saturday night at the Moon Room or The Crow’s Nest or The Dance Cave or Whiskey Saigon (all clubs I’ve enjoyed in the past) where the DJ knowingly slipped this single on and I can see it as I slip it on myself and close my eyes.

The dance floor is already full from EMF’s “Unbelievable“, the previous song, and that frantic beat comes on. There’s sweat soaked t-shirts everywhere and long hair flailing. The dance floor is littered with crinkled plastic beer cups. My friend Tim is at the bar because it’s last call. He makes a gesture asking if I want another and I brandish a big thumbs up. The guitar loop and the electricity of it all is enough fuel for now. There’s lasers and lights and thumping beats and nothing else and it’s brilliant.