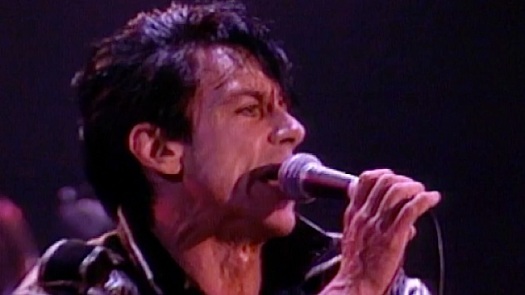 I’m not going to lie. This post was supposed to be published a month ago. I created the skeleton and saved it as a draft, meaning to write some words on the song the next day. But well, it didn’t happen and the draft has kept getting pushed further and further out of sight as other posts somehow take precedence. It might’ve been lost forever (okay, maybe I’m exaggerating here) had my wife and I not gone out to Prime Burger Bar for dinner last Saturday night.

At some point during the typical twenty or so minute wait for our burgers to come up, I realized my right foot was tapping under the table and then, I recognized the song. “Do you know who this is?” I asked Victoria. She listened, pretended to think on it for a moment, and shook her head in the negative. I explained that it was Iggy Pop. She just shrugged and changed the topic.

From this innocuous conversation, I was reminded about the song, its energy, and that I still had words to write on it. Originally performed in the late 1950s by Johnny O’Keefe, Australia’s first rock n’ roll star, the song was purportedly inspired by a fight that broke out at one of his concerts between his rock fans and guests at a wedding happening downstairs. The fights morphed into riots which required intervention by the law and of course, a legend was born. The song’s title, “Wild one”, is also one of the nicknames bestowed upon O’Keefe, whom it appears to me was like a cross between Elvis Presley and Jerry Lee Lewis (someone who has also covered this song). His original version sounds like typical rock n roll today but I’m sure it was considered as dangerous to the youth and parents of the day as punk was in the seventies.

Which brings me back to James Newell Osterberg jr. (aka Iggy Pop). Indeed, this song could have just as easily been mistaken to be based upon him. Pop’s live performances with the Stooges and then solo throughout the seventies were definitely wild. He performed half naked, rarely sober, rolled around in broken glass, and pretty much invented the stage dive. Interesting, then, that his cover of this tune is relatively tame.

Recorded for his New Wave-influenced, 1986 album “Blah-blah-blah”, it almost doesn’t sound like him and you could be forgiven for mistaking it for Christopher Otcasek’s cover (which appeared on the “Pretty Woman” soundtrack). It’s got a danceable beat, sliding synths and riffing guitars, and meanwhile, sweat is flung everywhere while Pop sing/speaks, dripping cool. Yeah, it’s fun. Just listen to it and watch your feet start to move.