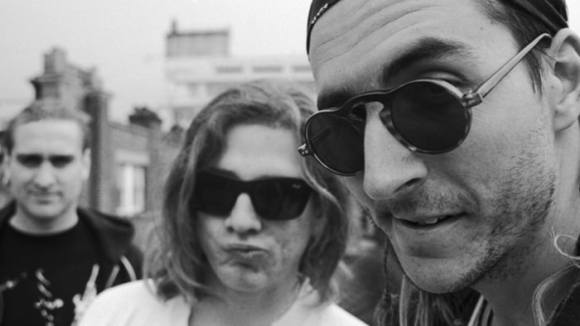 How many of you folks use Winamp? I ask this because I know you’re all still out there.

For those that don’t know what I’m talking about, Winamp was/is a media player that predated iTunes by a good four years. It was widely used in the advent of MP3s and during the rise of Napster because it was free and easy to use. It has its diehards that just refused to switch over and were quite vocal about it when the flashier competitors appeared. I had thought it had been decommissioned but it appears it may still be in existence. I’m sure the diehards can confirm or deny either way.

I mention Winamp here because even back when I still used the program, I was very serious about properly tagging the metadata for my music and I always found it funny that there was a genre tag called “Primus”. That right there goes a long way to show how unique Primus is, the band and their sound. Indeed, Primus is blend of metal and prog and the weirdness of Zappa, and yet none of these at the same time, their sound really typified by the spotlight on Claypool’s crazy slap bass, and his oddball vocals and lyrics.

Bassist/vocalist Les Claypool formed the band back in 1984 but the classic lineup didn’t solidify until 1988 when guitarist Larry “Ler” Lalonde and drummer Tim “Herb” Alexander joined in the fun. I’m not sure how they managed it but they got a deal with a major label and on it, released their second album, “Sailing the seas of cheese”.

“Tommy the cat” was the second single off this album and my introduction to the band. It features another unique artist in the imitable Tom Waits, who gives voice to the character of the song’s title. But before we get there, the song’s drum marching band intro gets our attention and leads us right into the aforementioned bass forward sound that is only accentuated by screaming guitars. I particularly remember one afternoon spent working on a theatre set and, when the teaching supervisor was out of the room, us slipping this song on to the tape player. And a bass playing friend of mine got right into that bass solo. You know the one I’m talking about it. You love it.

…But before you get to checking it out below. Props must go out to Aaron over at Keepsmealive, who mailed me a copy of “Animals should not try to act like people” a few months ago. It just showed up in the mail after we had a discussion about it on his blog and I actually hadn’t gotten around to watching the DVD of Primus’s videos until sitting down to write this post. But I slipped it on last night and watching all of these brought back a ton of memories. I actually got to see a few I hadn’t seen before, like the one for “My name is mud”. So cheers dude and to the rest of you, enjoy the video and the tune.

I had this via the Bill & Ted soundtrack. They were on my radar but WOW…there was no way my young mind could have comprehended Primus at this time. I dug it as much as I could but I just wasn’t ready for this yet!

I hear you. I liked a bunch of their singles but found some of the other stuff too weird. It took me years to fully appreciate them.

I like that, Primus is its own genre.
And Aaron is also one of a kind!

He totally is. He deserves his own genre.

Hooray I’m glad you got to see the Primus videos! There was a ton of stuff on that set. Glad you dug it! COMMUNITY!!

Also, my lovely wife wanted me to add an extra WAHOO! for Tom Waits, so WAHOO!

I only got into Claypool and Primus a couple of years ago and I have no idea why, how did I miss the zany shenanigans of this lot. And this tune especially!

There’s just so much music out there. We’re bound to miss something. This was especially true in the days before the internet made things so accessible.

Yeah – there’s much I’m catching up with now. So, so much!