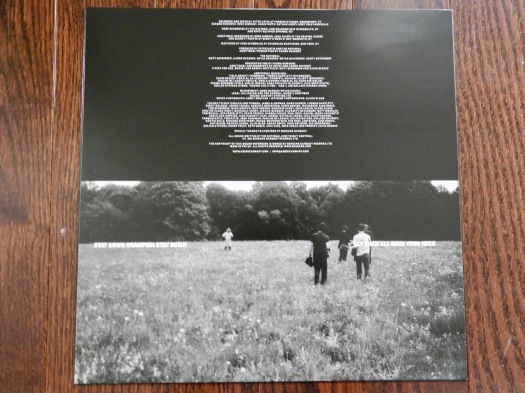 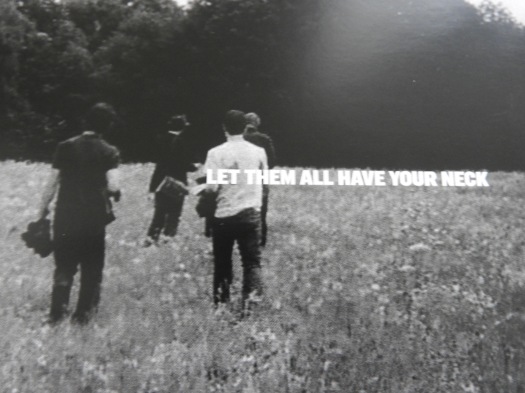 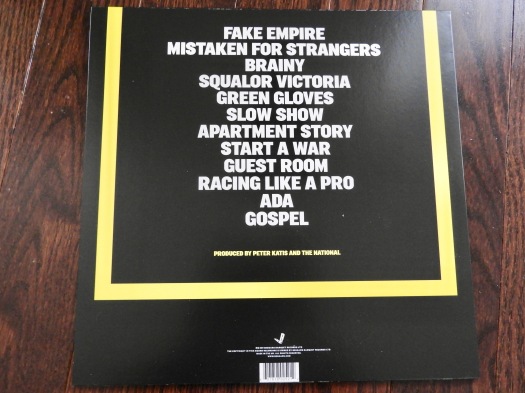 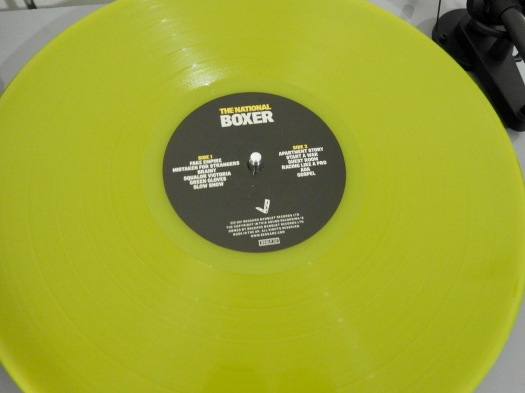 The skinny: The last post in this series featured the just purchased brand new album by The National, “I am easy to find”, and it’s been on regular rotation on the turntable ever since. The American alternative rock band has consistently put out excellent records, at least since I picked up on them. And the record that started it off for me was this one, “Boxer”, an album I ranked at number four for 2007 when I counted down that year’s best album many months ago now. In that same post, I talked about how I fed an MP3 version of the album through my stereo so that I could record it to cassette tape in order to listen to it in my car. Good times. Now I just spin it on my turntable in pretty pretty yellow.