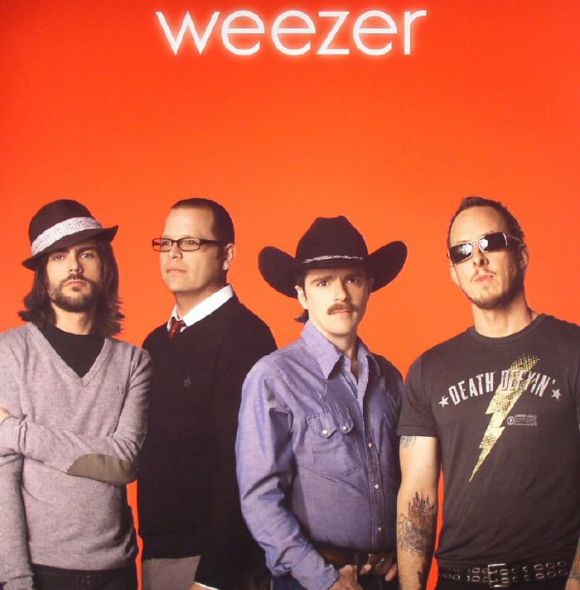 A year or two ago, a teenaged girl started a social media campaign on Twitter calling for American 90s alt-rock icons Weezer to cover Toto’s hit from the 1980s, “Africa.” Six months later, the band relented, releasing their almost note-perfect cover, and because of it, have seen something of a resurgence, scoring their first big hit since 2009. Of course, the success of this one-off cover inspired a whole side album to be released in tandem with an album of new material. That so-called “Teal album”, an album full of covers of 80s tunes (among others), was released electronically in January of this year and pressed to teal coloured vinyl for Record Store Day. This release got people wondering if it was all some big joke but I didn’t think so. Weezer has always been retro leaning, always having fun, and never one to shy away from recording covers. One such cover was included as a bonus track on the UK release of their 2008 album, one of their many self-titled long players, nicknamed for the cover’s colour, which in this case was Red.

Canadian-American rock collective, The Band, released the original version of “The weight” in 1968 as part of their classic album, “Music from the big pink”. It is considered by many to be one of the best, most influential rock songs ever recorded. It is by now looked at as a standard and has been covered so many times, by so many artists, that it might as well be as such. Thus, I won’t even bother asking my usual question of “which do you prefer?”, though I give you full permission to debate the issue in the comments section if you so choose.

As great as I feel the original is in this case, Weezer’s cover might have it beat in one category: that being, the length of the recording. I always felt the groove could’ve been played out much longer in the original and I imagine it must’ve been every time The Band performed it live. It just has that awesome jam vibe. Both Weezer’s and Travis’s cover (another version I quite enjoy and that you can check out here), seem to slow it down a beat and drag another 30 seconds or so out of it. The Weezer cover starts out sounding much like the original with the rough pull on the acoustic but then, the raunchy guitars kick in, replacing the rag-timey piano of the original, and the blues turns to rock.

Purists might sneer but I really like it. And that’s all I’m going to say about that.

I think my relationship status with weezer would fall under the “it’s complicated” label – but I’ll give this a try!

Yeah. That would probably describe my relationship with them as well.