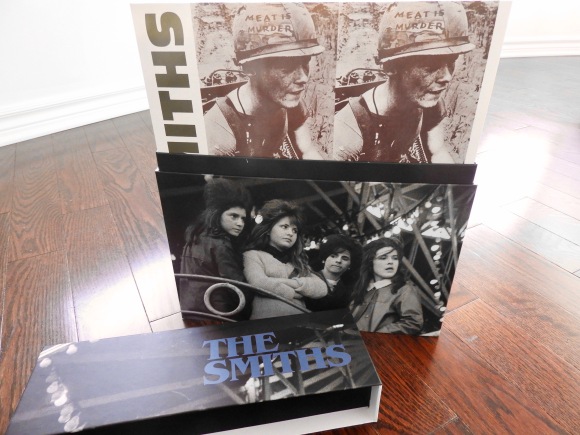 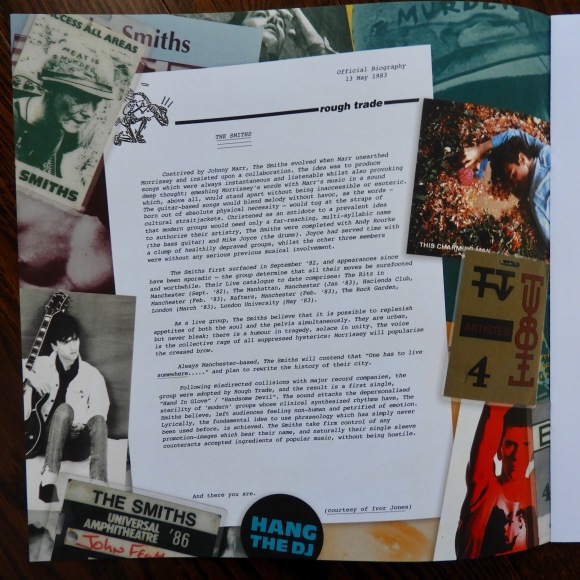 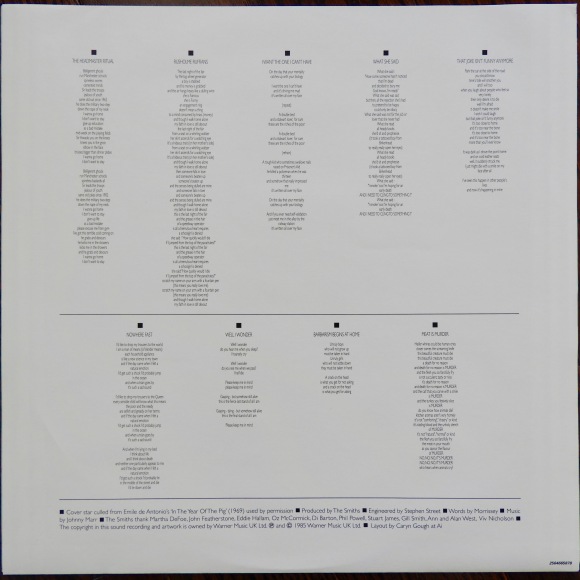 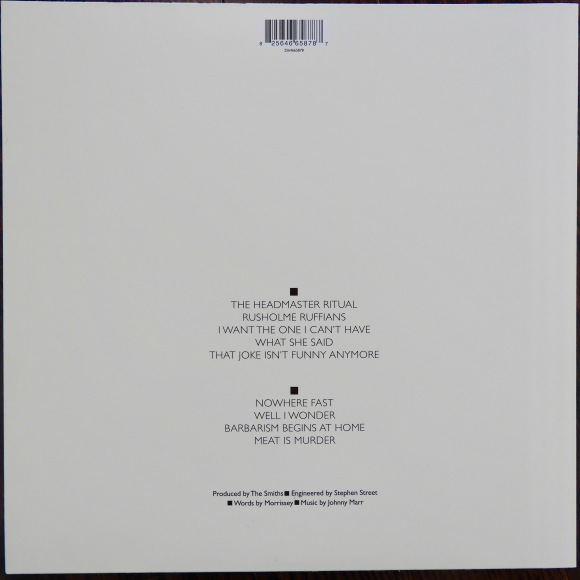 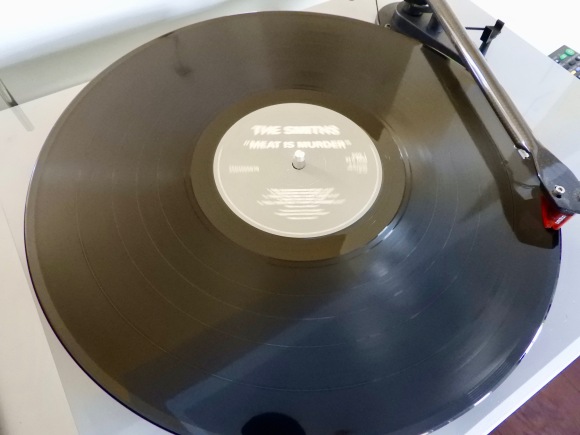 The skinny: If you missed last week’s post for this series, I’ll once again forewarn you that I am in the midst of a Smiths bender. This here’s the second post in a series that will take me through the entire “Complete” box set that Rhino Records UK put out a number of years ago. “Meat is murder” is the second proper full length by the Manchester quartet and was their highest charting record in the UK. As I mentioned last week, all the records in the set follow the original track listing so you won’t find “How soon is now” here. However, the album did see Morrissey climb up on the vegetarian soapbox with the title track and also a belt out a few other humdinging tracks, like the one below.

13 replies on “Vinyl love: The Smiths “Meat is murder””

i love this album, although my sister and I used to laugh at how morose Morrissey was…”that flesh that you fancily fry, it is murderrrr.” We’ve grown up a lot since those days, lol. I’d love a vinyl copy of this.

I think I’ve seen a few copies of this out in the wild recently so it shouldn’t be an impossible find. This isn’t my favourite of The Smiths’ albums but it definitely has some great tracks. And you and your sister weren’t wrong.

I disagree, but vive la différence

I did say IMO! I think a lot of their stuff is magical, but this record’s a little flat for me.

I’m with you. Some good stuff here but probably my least favourite of their albums. And really I thought their singles, many of which don’t appear on their proper albums, were their best work.

Yup, The Queen Is Dead is very good though.

Agreed. And *spoiler alert*, we might just be talking about that one next weekend.

Excellent call on That Joke as the standout – would be in my Top 5 Smiths tunes for sure!
the bassline to ‘well i wonder’ is something else as well

Thanks. And agreed. Cheers as usual Geoff.

I like the music but that voice …. noooooo!
My son absolutely loves the Smiths, so does my wife and so does my daughter. I may have to concede I’m wrong.

Hahaha. If you can’t beat ‘em…

[…] by The Smiths, starting with “Hatful of hollow”. I’ve mentioned in replies to comments on a previous post in this series that I actually prefer their singles, many of which don’t appear on the albums, […]