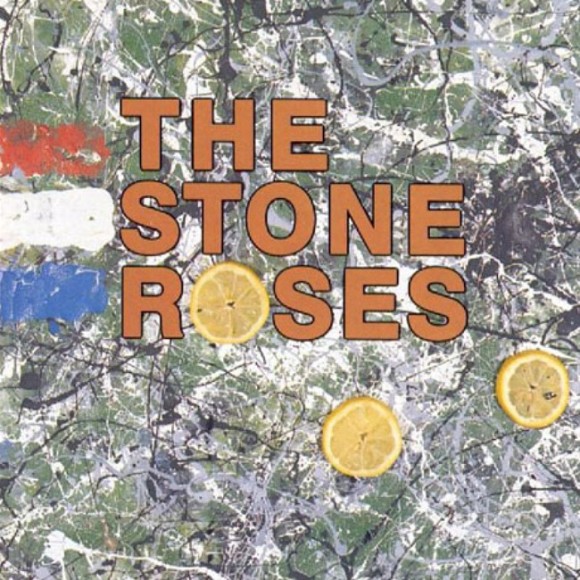 So we’ve reached the end of this series and here were at the number one position on my Best Albums of 1989 list. There have already been comments and I’m sure there have been more than a few raised eyebrows at seeing some pretty iconic albums placed lower on this list, like “Doolittle” at number four and “Disintegration” at number three. I did forewarn you at the outset that the year was pretty stacked and I myself had a hard time looking at some of my favourite albums placed lower than number one. But such is the case for 1989 and the fallacy of ranking things in lists is that there should be only be one number one. For me (and a couple of you have already guessed this), that number one is The Stone Roses’ self-titled debut.

The band had originally formed in 1983, six years before this album’s release, but the personnel didn’t stabilize to the lineup we know of Mani, Reni, John Squire, and Ian Brown until a year or two later. Many of this debut’s songs are reworkings of tracks that had been written long before its release and had been demoed in a variety of ways. When it was released by indie label Silvertone Records, it didn’t immediately take the world by storm. Indeed, even the band themselves weren’t super happy with the production on it. However, the press liked it, especially the NME. Single upon single upon single were released and word of mouth spread based on their live shows. And eventually sales increased and they started rocketing up the charts.

“The Stone Roses” is now seen as the album that kickstarted Madchester and ‘Baggy’ culture, alongside The Happy Mondays, and laid the foundations for 90s Britpop. Indeed, the blend of 60s psychedelic guitar rock with a highly danceable rhythm section were highly influential on what would happen in British music for the next decade and onwards, though North American culture would largely ignore them until much later. Unfortunately, this debut, which many argue is the greatest debut ever, would be their only output for half a decade due to record label battles and a host of other problems. Their sophomore album, “Second coming”, would finally be released but was initially seen as disappointment to many and the band would disintegrate within two years of its release.

I heard many of the songs on “The Stone Roses” on the radio and CityLimits and on friends’ stereos long before I ever heard the full album. I distinctly remember hearing it for the first time and thinking it must’ve been a best of compilation because I already knew and loved most of it. An astounding seven singles were released from “The Stone Roses”, which is more than half of its tracks. There is just so much fun and awesomeness on this album that I could’ve chosen any three songs at random to share with you and I would’ve been happy with the picks.

I hope you enjoyed this series as much I did, even if you might’ve disagreed with the rankings. Let me know what your own top albums would’ve been in the comments section below and we can continue the discussion as we play this album one more time.

”I wanna be adored”: This is the track that greets the listener upon putting on the album, an easy introduction that merely foreshadows the crazy ecstasy that’s to come. The album version starts very slowly with hints of Mani’s bass strings being fiddled with, Reni’s cymbal crashes, and John Squire’s guitar scrapings being heard far off in the distance, as if the song is being conjured by a trio of mad scientists who are not really sure of the consequences of their actions. Eventually the bass line that holds the whole song together takes shape and grows in volume, that drum beat for which the Roses are famous kicks in, and so does Squire’s wailing guitars. When Ian Brown adds his hushed, mellowed out vocals to the Petri dish, it’s merely a delicate glaze. The words are hardly deep, I think I counted fifteen different words in the whole song, used in different configurations, but the intonation and the repetition is the key. It makes the song easier to sing or shout along with on the dance floor if the words are easy to remember. I mean, who doesn’t wanna be adored?

”She bangs the drums”: A hiss-to-the-hiss-to-the-hiss tappety-tapping on the closed high hat, a rumbling mumbling bassline, all like the foreboding of the explosive shimmering guitar riff that’s sure to come. Ah. There it is. Yeah. The second single off the record jumps out at you, a high energy dance jam that plays just as well as a singalong number. That bass line continues to climb up and down your spine and Squire does his best Marr impression, jangling down the road like a jester troubadour. But he doesn’t stop there, throwing in some wicked backwards effects and wankering away while Brown sings those words with a crazed grin pasted to his face. How do I know he’s smiling? Just listen to him. And while you’re at it, just take a look at yourself in the mirror as you’re singing along. See? You’re smiling too. How can you not? This song is pure joy. Just like so much of this record. Amazing.

”I am the resurrection”: The final song on the original track listing of the album is an eight minute long, acid house dance club anthem, perhaps one the best examples of its kind, the fusing of 60s psychedelic rock and the early days of rave culture, images of kids in baggy clothing tripping on ecstasy. Reni and his ever-present bucket hat puts on a drumming clinic, keeping perfect time for the duration, but the intro is all his, that cadence he sets puts you in the mood to jump on the dance floor right away. Mani steps in next with his flitting bass line that, while not quite as game-changing as it is on “Fools gold” (the band’s other anthem), is nonetheless integral to the song’s soul. Finally, Ian Brown’s mellow, laissez-faire tones fit in perfectly with the sound. Of course, the track really only digs in after he stops singing about halfway through and John Squire and his guitar noodling takes over, leading the rest of the group into a four and a half minute long freak out jam.

That first album is very good. My old boss had a story about how Mani invited him to share a joint, and how his much taller wife shouted at him.

A fine end to a fine list, JP – the scientists at work is an apt description of the album opening sounds!

Thanks Geoff. Glad you’re not too disappointed.

Just takes me back to a time and a place when it was always sunny (despite it being Wales). Utter classic.

Definitely some sunshine in those tunes. Agreed.