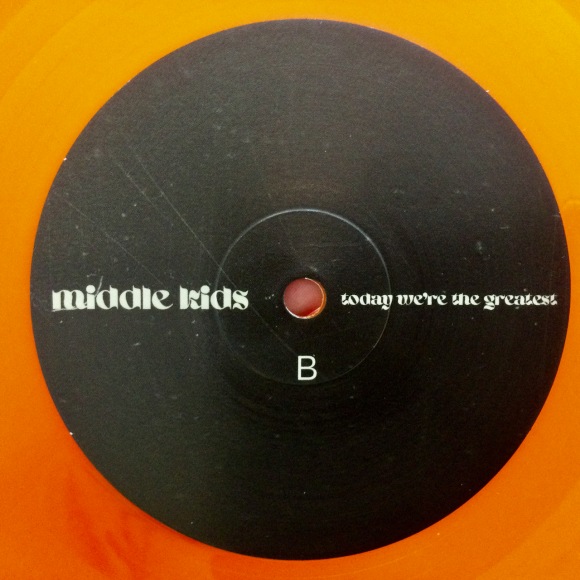 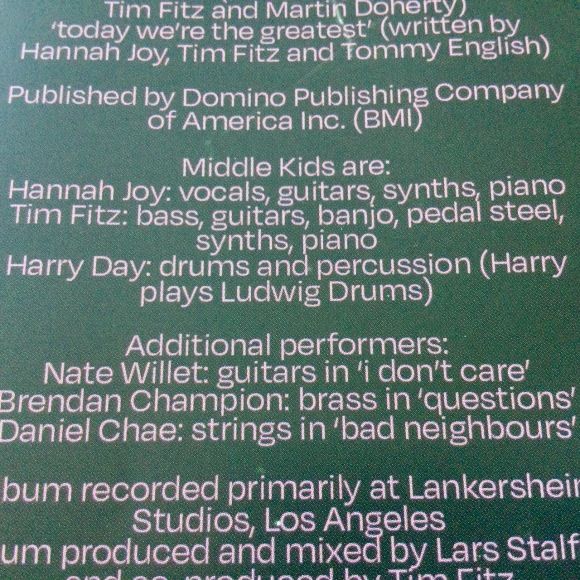 The skinny: Just over a week ago, I counted down my top ten favourite albums from 2021. This last year’s list was full of surprises for me but I still managed to procure many of these records for my collection before they flew off the shelves so I plan on featuring these purchases for my Vinyl Love series over the next little while. I’m starting off with the number ten album but won’t necessarily stick to the ranked order. Australia’s Middle Kids put out a very excellent sophomore release in March of last year. I had loved their debut but wasn’t expecting to be as blown away by this one. Still, I pre-ordered a copy of the ‘indie only’ tangerine pressing from one of my favourite independent record stores and was pleasantly surprised. “Today we’re the greatest” isn’t as immediate a rocker as “Lost friends” but it still has anthemic written all over it.