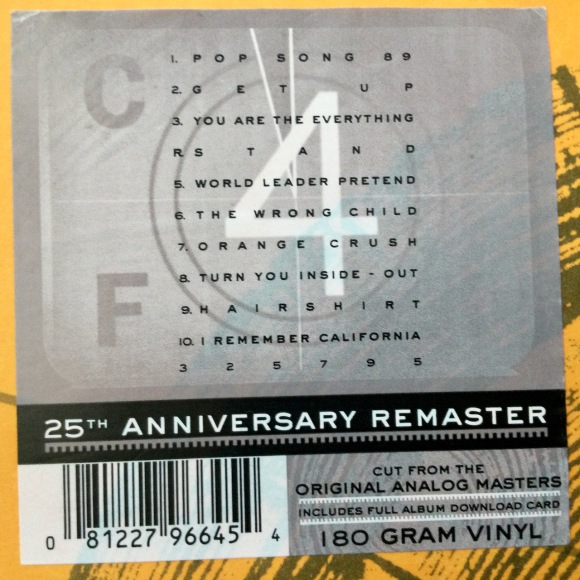 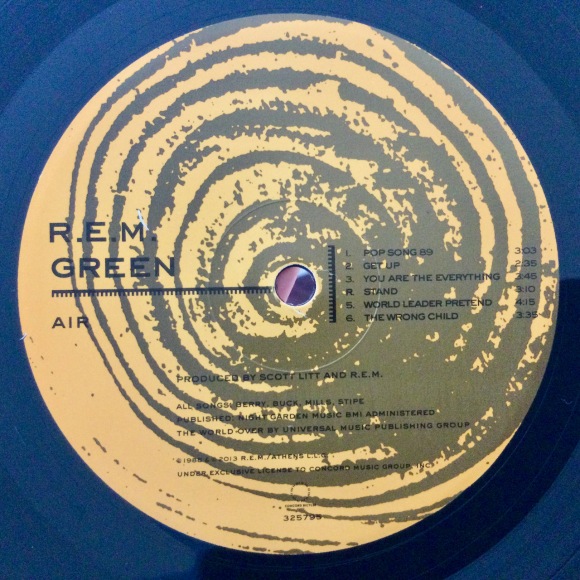 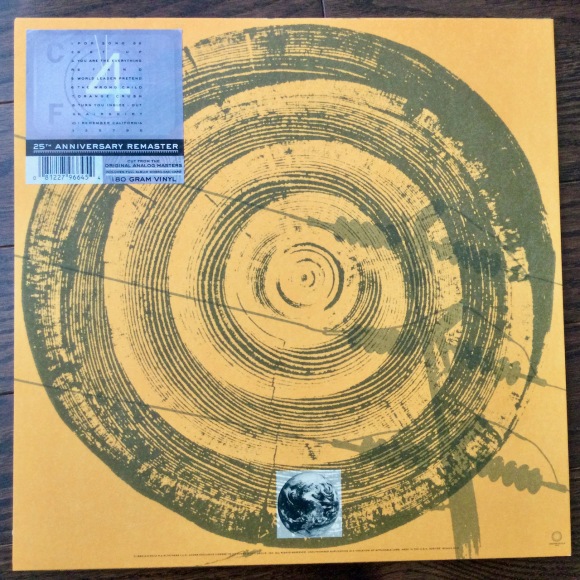 The skinny: Onwards and backwards chronologically through my collection of R.E.M. records, we have now come to their sixth record. “Green” was where I came in, was properly introduced the band, and the first physical album by the band that I ever owned. Originally purchased on cassette tape, metal cassette tape to be exact, it found a home in my Sony Sports Walkman for many days at a time and at various points in time throughout my high school years. I later replaced it with a used compact disc at some point because I no longer had a means to play the cassette, though I am pretty sure I still have it packed away somewhere in my basement. As for this 25th anniversary reissue of the record on 180 gram vinyl, I actually only procured it early last year when I ordered it, along with the self-titled debut album by Fleet Foxes from Pop Music Toronto’s online store. So yeah, I’ve paid for this album three times in three different decades during my lifetime but each has and will continue to earn its keep. Just an excellent and timeless rock record.