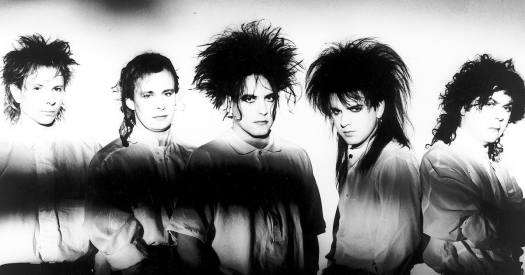 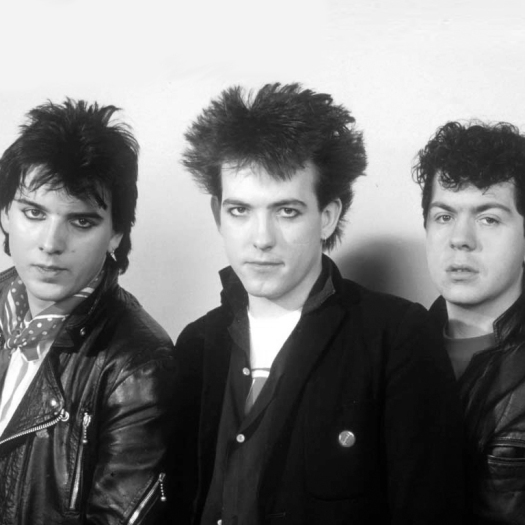 Context:
What can I say about The Cure? They’ve been around forever. They’re iconic. They’re influential. And they’re a damned great live band, especially these days.

I started listening to The Cure in my last couple of years in high school. This was right around the time that Robert Smith was wavering between wanting to be a pop star and hating himself for wanting it. The band had just recently released “Disintegration” and was working on the recordings that would become “Wish”. However, my own introductions came the way of their early singles collection, “Standing on a beach” (or “Staring at the sea”, if you had the CD), copied to cassette tape by one of my friends, John or Tim, I can’t remember which now. I played that tape to ruins, from listening to it on my stereo blasting in my bedroom while playing games on my C64 to cranking loud volumes on my yellow Sony Sport Walkman while strolling the streets of Bowmanville or Oshawa. I became intimate with all the tracks on that compilation well before I moved on to explore their albums proper and really only felt compelled to do so after watching a “Spotlight” on the band on MuchMusic and enjoying the videos for a few tracks I had not had the pleasure of hearing.

I saw The Cure live for the first time in Toronto in 2000 with my little brother Mike. They were touring in support of their latest record, “Bloodflowers”, so the better part of their set focused mostly on the material therein (and also some their more recent tunes) and while it was a fine album, I couldn’t help hoping to hear some of the older tracks that I grew up loving. I saw them for a second time a few years ago, closing the first night of Osheaga in Montreal with my friends Mark and Tim (the same Tim mentioned above) and it was a completely different experience. They played for well over two and a half hours, sampling from the best of their entire catalogue and rocking through a killer encore playlist that read like a greatest hits catalogue. It looked and felt like Robert was having the time of his life and wanted to play all night, finally ending the set only after the festival organizers pulled the plug halfway through “Boys don’t cry”. Even then, the band finished the song all acoustic like. And from what I hear, this is The Cure’s M.O. of late, so if you get the chance, don’t hesitate to see them live.

The Cure has been one of the many bands that soundtracked the latter part of my teen years and into my twenties throughout the 1990s and I still listen to them quite a bit today. They’ve released some great albums over the years and many of these include a ton of standout tunes so it was quite hard to whittle this list down to only five tracks. I briefly thought about doing a series of top fives for The Cure, splitting them up by decade or genre or theme, but in the end decided to just do the one for now and focused on their singles. It was a hard decision and I am sure there are plenty of diehards out there that will look at this list with disdain and completely disagree with my picks, but the truth of the matter is that The Cure was a great pop singles band. Just as they were a great gothic rock or post-punk band. And perhaps one day, I’ll do another one of these lists on The Cure and focus on their darker and more epic tracks but until then, here are my Top Five tracks by The Cure.

“Friday, I’m in love” is the second single off “Wish”, The Cure’s highest charting and most commercially successful record. Both this song and “High” (the first single) charted well but looking back, the latter seemed to fare slightly better where “Friday, I’m in love” lasted longer in our cultural memory. It is probably the song Robert Smith and company are best known for and most likely to be played at a wedding reception. Smith, himself, said of the song upon its release that it’s “a throw your hands in the air, let’s get happy kind of record.” To me, that’s almost an understatement. It’s three minutes and thirty eight seconds of pure joy. It’s a celebration, all jangle and pep and handclaps, a burst of music that sways and swirls on the dance floor with confetti tossed all about. It is as engaging as the first thrills of love, where nothing else seems to matter, no dark clouds or bills to pay. Then, just as quickly, it ends and there’s nothing to do but press Replay.

Before all the big, teased hair and the lipstick, The Cure was a post-punk band, following in the footsteps of Elvis Costello or the Buzzcocks. A tour supporting Siouxsie and the Banshees (in which Smith often had to play double duty on guitars with both bands) changed everything. “Boys don’t cry” is a non-album single that was released just before said tour and shows off their angular guitar chops in a quick, two and a half minute tune. It was their second ever single and so was the second track on the aforementioned singles collection, “Standing on a beach”, which as I’ve already made clear, I played to death. The track made an indelible impression on me with its instantaneously recognizable three chord guitar strum intro that leaps into that irresistible guitar and bass line that gently climbs up before sliding back down your spine, getting into every one of your bones along the way. How can you avoid dancing to this track as Smith prattles on about forcing laughter to cover his broken heart at the loss of a girl? You can’t. It’s a fact as plain as the one that says boys don’t cry.

I said a few moments ago that “Friday, I’m in love” is the Cure song most likely to be played at a wedding reception but I know a few cool couples that selected “Lovesong” to be their first dance song. It is, of course, as its title suggests, a love song. In fact, it was written by Smith as a wedding present for his wife, Mary Poole. The third single off “Disintegration”, the album considered by many to be the band’s crowning achievement, “Lovesong” is like an untouched rose in a murk of bramble and gloom. It was a huge hit in the states, climbing high in the singles charts, beaten out for the number one spot by Janet Jackson’s “Miss you much”. The song is quite lovely with its lazy organ sounds and bursts of jangle guitar and Smith’s breathy and breathless vocals, all underpinned by that bass line. Oh, that bass line. It’s one that I’ll always remember for the time just before I moved from home and my younger brother Mike learned and played it incessantly at varying speeds whenever he picked up his guitar. But above all, I am forever touched at the beauty and honesty in the lyrics: “Whenever I’m alone with you, you make me feel like I am home again. Whenever I’m alone with you, you make me feel like I am whole again.” Gorgeous.

“Close to me” is another track that I fell in love with off “Standing on a beach”. It was the final single released off The Cure’s sixth album, “The head on the door”, whose title is taken from this very track’s lyrics. It is a total pop gem, replete with jaunty drum rhythm and handclaps, staccato high notes on the keys juxtaposed with the sustained organ chords, and all topped off with Smith’s breathy gasps and vocals. The song is an exercise in construction, each of these pieces added in layers through its three and a half minute length, until it just abruptly ends. It evokes building nervousness and a sense of longing and waiting and hoping, perhaps without real hope. And the video, directed by frequent collaborator, Tim Pope, only adds to the delirium. It shows the band members miming out the performance of the song within some Alice in Wonderland dreamt wardrobe at the edge of a cliff. By the end, the chaos brought about by Smith’s voodoo puppetry ministrations rocks the precariously placed wardrobe off the cliff and into the English Channel below. If you’ve never watched the video, I’d definitely recommend giving it a spin.

“”Show me, show me, show me how you do that trick, the one that makes me scream” she said. “The one that makes me laugh” she said, and threw her arms around my neck.” Those opening lines, they always make me want to dance. This is more than likely because I have danced to this song countless times. When I was living in the residences at York University in the mid-90s, my haunt of choice on Thursday night pub nights was the main campus pub, The Underground. This was because it was hosted by DJ Steven Rigby, who spun a wide range of alternative rock that kept the dance floor packed. I think “Just like heaven” might also have been his favourite Cure track because it was the one he played most often on those Thursday nights. And every time, I was there in the middle of the floor with a beer in hand, jumping and shuffling to that snappy, immediate drumming, that tumbling guitar riff that chimes beautifully between the verses and the misty synth washes, shrouding the proceedings like dry ice. It is yet another of Smith’s composition where the instruments are introduced in stages, each one showcased in its delicate beauty while he sings and reminisces about a trip to the south of England that he took with Mary Poole. The track glistens and sparkles with nostalgia and makes one wish they could live forever wrapped up in its dream-like pastoral melodies. Dancing, once again to well after last call.

Disagree? Think I’ve missed a track? Share your own top 5 The Cure tracks in the comments section below. I’d love to compare notes.