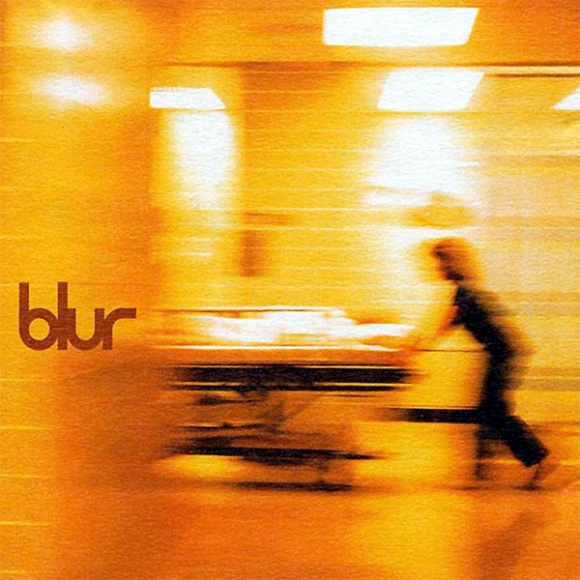 It was the media that invented the term, of course, but the impetus lay in albums like Blur’s sophomore album, 1993’s “Modern life is rubbish”. Written in part as a reaction the Grunge scene and the alternative explosion in North America, frontman and principal songwriter Damon Albarn wrote a poppier rock record influenced by British artists with songs satirizing British life. These British-centric themes and ideas carried forward into 1994’s “Parklife” and then, released during the height of Britpop mania in 1995, “The great escape” saw Blur almost parodying themselves in technicolour cartoons.

When it came time to record album number five, the four members of Blur had become disenchanted with the scene and really, with themselves. Albarn finally bought into the lo-fi influenced rock (think Pavement) that guitarist Graham Coxon was becoming more and more enamoured with. Coxon convinced Damon that it was time to write ‘music that scared people again’. The band convened to Reykjavik, Iceland and “Blur” was born.

Many of you who read these pages frequently will know by now that I have been a fan from the beginning so it may not surprise you to see this album in my top five for 1997. However, when I first heard the lead off single “Beetlebum” and then the rest of “Blur” later on, I didn’t recognize it as the band I loved and was initially unsure of the change. It was so jarring, so different from the zaniness of “The great escape”. Of course, it didn’t take super long for me to buy in, maybe a few go rounds in my CD player, and I didn’t look back. “Blur” is crunchy, noisy, and aggressive and it’s not surprising that it finally gave the band their first hit single in the US.

I imagine most of you already know “Song 2” (often misnamed “The Woo hoo song”) so I didn’t include it as part of my three picks for you below.

”M.O.R.”: David Bowie and Brian Eno get songwriting credits since Damon and company lifted the chord progression from two songs on “Lodger”, which themselves shared the same progression as an experiment of sorts. “M.O.R.” is a song that builds through each verse structure to the explosive chorus. The call and response vocals are fun, each taking turns under distortion effects. The drums are punchy and the guitars wailing. It’s most certainly constructed for pogoing and shouting along with and just having a blast.

”Beetlebum”: As mentioned above, this was my first exposure to the new album, being the first single released and also the opening number on the playlist. Writers have called it a tribute to The Beatles and you certainly can hear their influence buried deep within all the crunchy guitars and feedback but it could just be laziness on the writers’ parts, making assumptions based on the name. Damon Albarn has admitted that it was influenced by his own experiences with heroin and other drugs and that definitely sounds spot on. It is droning and flailing and free falling. It would have easily fit on the “Trainspotting” soundtrack had it been recorded a year or so sooner.

”On your own”: Yes! This is actually my favourite song on the album. It’s a singalong, for sure, but not in the traditional sense. It becomes one in the way the thumping drums and Coxon’s wailing guitars frame the vocals so wonderfully. And Albarn’s singing is so personal and lazy, like he doesn’t care who’s listening but knows we all are. The backing vocals join in midway through the verse and the chorus becomes a defiant shout. You just want to pump your fist in support. This is the new Blur. They don’t give a fig if you don’t like it but somehow know you will. Wicked.

10. Cornershop “When I was born for the 7th time”
9. The Dandy Warhols “The Dandy Warhols come down”
8. Teenage Fanclub “Songs from Northern Britain”
7. The Mighty Mighty Bosstones “Let’s face it”
6. Ocean Colour Scene “Marchin’ already”

I’m not a huge fan of Blur, Britpop, or ‘Cool Britannia’, but I’m with you all the way on this one. It’s very much the album that convinced me to listen to more Blur – loads of greatness on this one. I may just get a wee Thursday dose of Blur after reading this.

Nice. It’s a great album for sure that could make one forgive and forget their earlier work. Did you like their later work at all?

I like Think Tank a lot and Magic Whip is okay (though I like the artwork more than the music on there).

It has its moments, but I don’t particularly enjoy it. I think maybe it’s a song or two too long, too.

The last Blur I bothered with really. I loved Beetlebum from the first moment I heard it, I always thought the title was a dig at Oasis too.

Yeah. There was that rumour going around as well. Maybe it was all of the above. There certainly was no love lost between Blur and the Gallagher brothers in those days.

YES!
My favourite Blur – like Pavement, it’s borderline irritating at times, but for me it stays on just the right side of the line!
And speaking of Stephen Street – I’ve had Babyshambles’ Shotter’s Nation on a lot recently, did it crack your 2007 list?

No. I tried to like the ‘shambles but I could only think that’s what they were: a shambles. I appreciate what Doherty was trying to do. I like a bunch of the Libertines stuff tho.

Not a big Blur fan (as I’ve likely said in the past) but I was in a band (drummer) ages ago and we played Song 2 to warm up sometimes. Catchy and fun. I know, then, that I would have heard the rest of this record at that point, but it’s been that long.