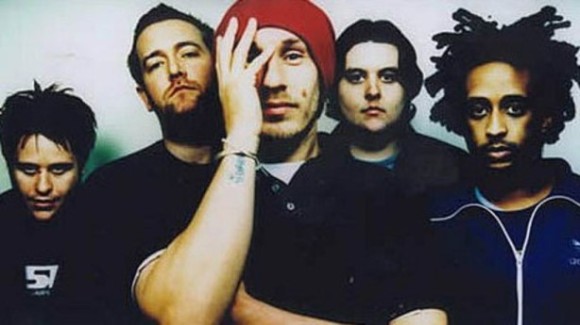 Manchester’s Elbow had been around a long time before they released their debut album in 2001. Its members started playing together in a band in 1990 when they were but teenagers, though their name changed a few times before settling on the moniker by which they are now known. They were signed to Island in the late 90s and recorded a debut album, but as luck would have it, it never saw the light. The band was dropped from the roster when Island was acquired by a bigger fish. Such is life, I guess.

I picked up on “Asleep in the back” a few months after its release, around the same time as I did Doves’ “The last broadcast”. I will forever connect these two albums, not just because they came to me at the same time, but because I saw similarities in their sounds. Both are atmospheric and many-layered, music for getting lost in with a set of earphones, but where Doves was geared more towards rave-ups and dance floors, Elbow was more introspective and cerebral. It is just beautiful music to listen to and as trite as that may sound, it is the best way I can describe it.

“Red” was the first single released off “Asleep in the back” and is one of six tracks that had originally been recorded for the aforementioned aborted album and redone here. Like much of “Asleep in the back”, “Red” is big in sound, the tap-tap of the drums are quickly joined by a relentless flailing line of keys. There’s a sliding bass and warming strings. There’s guitars that jump and dither, in and out. And there’s Guy Harvey’s vocals, Peter Gabriel all over again, and he’s singing a warning to anyone out there living too fast and too hard, a “tragedy starting to happen”. The “red” is both a stop light and a spatter of blood, and neither, but the foreboding can be felt in every lovely layer. And it all bleeds together when you close eyes and press play.

Manchester – what a city for musical exports!

Indeed! And these guys fit right in amongst 5e best of these.

I have one Elbow track in my collection. I thought I’d remembered them from CMJ but it was, in fact, a compilation called Reloaded and it’s a track called Newborn.

It’s from the same debut album. It’s a great one, that.

Congratulations, JP – you got me to read a piece about Elbow. I stop at listening to them, though. That’s just not gonna happen.

I never really thought about the Gabriel and Garvey voice similarities. But I’m not listening. No sir. Na na na na na.

Fair enough. I’m sure they’re pretty popular in a England these days but they’re still small time here. I really like his voice and their big sound.

[…] release in 2001. (Yes, it took them that long to finally get a record out but that’s another story.) The album quickly became a favourite, spent months in my CD carousel, and I would name-drop them […]