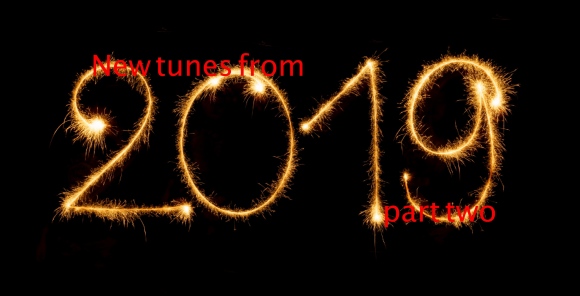 I don’t know how things shook out where you are but here in Ottawa, the winter took its sweet time loosening its hold. We had snow banks well into April and the “April showers” became “May rains”. The Ottawa river and a number of other rivers in the area hit record heights, causing widespread flooding. We still had the heat on in our place into June and almost immediately had to switch on the AC.

So Spring? Not so much this year, really only having it in name.

Luckily, there was quite a bit of good music released to keep our minds off the dreary weather and this playlist features some of my favourite music that came out over the last three months.

For those who don’t use Spotify or if the embedded playlist below doesn’t work for you, here is the entire playlist:

2. “That’s where the trouble started” Rose Elinor Dougall (from the album A new illusion)

4. “What I’ve been kicking around” The Tallest Man on Earth (from the album I love you. It’s a fever dream)

6. “The barrel” Aldous Harding (from the album Designer)

8. “Wake me when it’s over” The Cranberries (from the album In the end)

11. “Harmony hall” Vampire Weekend (from the album Father of the bride)

12. “White of an eye” Patience (from the album Dizzy spells)

18. “Almost it” SACRED PAWS (from the album Run around the sun)

19. “Is there a pill?” Richard Hawley (from the album Further)

20. “The barricade” The Lowest of the Low (from the album Agitpop)

22. “The river” AURORA (from the album A different kind of human, step II)

25. “Her own heart” Hatchie (from the album Keepsake)

For those of you who are on Spotify, feel free to look me up. My user name is “jprobichaud911”.

Some good stuff in there. I’ve fair enjoyed Charly Bliss and Black Mountain, but I just can’t get into The National’s newest album. I need to spend more time with the new Weyes Blood and Vampire Weekend is on my list, but I just can’t bring myself to listen to them based on previous albums… though I really should give it a bash.

Yeah. I don’t know if you’re going to find much more to like in their new stuff if you didn’t like earlier Vampire Weekend material. Doesn’t mean shouldn’t give it a go though. There a few great tracks, though, the album could’ve been shorter.

There’s always a chance they could be this year’s Strokes. I didn’t really get into their debut until 2010! Ha!

Haha. It could be.

You might also appreciate the Wand album. Some interesting psych rock there.

Ah! I’ve been meaning to check that one out!

I’ve been listening to Aldous Harding a bit lately – feels like my patriotic duty as a New Zealander.

Haha. Good call. What about The Beths? I love them!

Have you heard Nadia Reid? I think she’s the most talented operator in New Zealand music right now – her 2017 record Preservation was amazingly good in my book.

I don’t think I’ve heard her yet. Will investigate.

The Cranberries were a surprise on the list – and I don’t have any of these albums…yet.
It appears I’m living in the past when it comes to music!

Yeah. I was a bit surprised too. I didn’t really like a lot of their later work but there’s some good stuff on this last album.

[…] Now that we’re just about halfway through December and nearing the top three albums of my favourites of the year, I thought I’d share part three of my series of playlists of tunes that got me through 2019. If you missed them, you can browse, and perhaps even enjoy, parts one and two here and here. […]