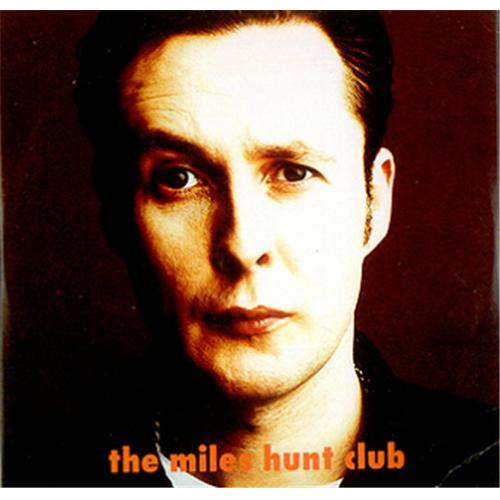 I might have mentioned once or twice already on these pages that my very favourite band in the early 1990s was Stourbridge, England’s The Wonder Stuff. When they split in 1994, I was quite heartbroken. Then, after news crossed the ocean that the various band members had formed a couple of groups (We Know Where You Live and Vent 414), I went on the lookout for any output from either one. But of course, in the days before the internet, such a quest was a near impossible one, given that both of those groups were short-lived. Then, one day at work in 1999, I caught wind of a new Miles Hunt solo record, “Hairy on the inside”, on the radio and stopped what I was doing to listen to the new song they played. It goes without saying that I went out to buy the album upon its release and listened to it over and over and saw him live on all three of his swings through Toronto on the corresponding solo tours.

A few years later, Miles put together a band and released another album, a more electric and upbeat album than the previous stripped-down affair. Some of the songs on “The Miles Hunt Club”* were reworkings of tunes on Miles’s debut and “Everything is not ok” is one of these. The original was intimate acoustic pluckings and fiddle meanderings but while beautiful, didn’t quite fit the bill of the song, especially when placed side by side with the opening track on “The Miles Hunt Club”. This re-recording is more straight ahead rock, electric guitars and peppy drums serving up the required bite for Miles’s words.

“Everything is not okay
Things will not turn out to be just fine
All is not well, not this time.”

Originally penned in the days and months leading up to the infamous Y2K, Miles seems to be musing on the end of days and for him, it’s nothing good. Luckily for all of us, all the worry was for naught. Great tune nonetheless.