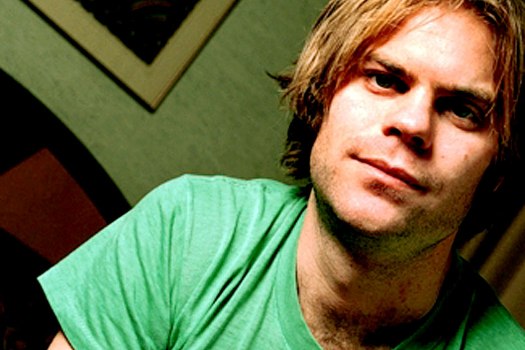 On a post that appeared a couple of years ago on these pages, I wrote about how I was introduced to Mojave 3 by my friend Tim when he convinced me to claim an extra ticket he had for their show at the Legendary Horseshoe. Just over a year and a half after that night, I was living in Ottawa, after having moved there from Toronto the previous fall, and reading the local entertainment weekly, Ottawa Xpress (sadly defunct), when I came across an article on Neil Halstead. I’m not sure why I started reading the piece because I didn’t yet readily connect the name with the lead vocalist of Mojave 3 (and Slowdive, for that matter). Perhaps the paper was thin that week and I still had some bus ride to go. Needless to say, the article made that particular connection clear for me within sentences and I read on to learn he was playing in Ottawa later that very week.

The fact that it had been months since I had seen any live music probably fed my sudden urge to see the show. One of the reasons I hadn’t seen one in so long, however, was our lack of funds so I needed to somehow convince Victoria, whose move to Ottawa precipitated mine, that the show was a ‘necessity’. In the end, we went, though don’t ask me what argument I used. I pre-purchased tickets at a local record shop (also now defunct) and we walked down to the Byward market on a Saturday night. We had never been to the Mercury Lounge before and haven’t been since (that one is still there) but it was a nice intimate space for an acoustic show, which is exactly what Halstead (and his opener, Sid Hillman) presented us with. All of the material during his set was new to both Victoria and me but I remember really enjoying it. We didn’t spring for any drinks that night but certainly bought the CD copy of Halstead’s solo debut, “Sleeping on roads”, on the way out the door.

“See you on rooftops” is track three on this very album and somewhat stands out from the rest. It takes the ball of string that was rolled up tightly with Halstead’s dreamy folk rock in Mojave 3 and launches it off into space. While out there amongst the constellations, the string unravels a bit, the loose beat, string synth line, and Atari sounds and lasers get the space boots tapping. Halstead picks out the stars and sings softly to each of them, childlike and hopeful, wooing any sort of life out there to come to take him away. The song ends in a blissed out cacophony that would make any of his counterparts from the original shoegaze movement green with envy. And all you need to do is lay back to bask in its glory.

#nowspinning #ontheturntable the first 2020 release I’ve purchased this year, Wolf Parade’s (@wolfparade) fifth album, “Thin mind”. Only a couple tracks in on my first spin and I can already tell you that it’s definitely more than just a kickass album cover. I just keep turning it up... #vinyl #vinylcollection #clearvinyl #2020releases #12inchvinyl #longplayer #canadianindie #indierock #alternativerock #wolfparade #danboeckner #spencerkrug #albumcoverart #vinylporn
Who says Sunday nights can’t be fun? (Of course, it helps when you have the following Monday off from work...) Cheers @stonehookerbeer, for a delicious Sunday night Belgian Tripel. #craftbeer #craftbeerjunkie #mississaugabrewery #ontariocraftbeer #stonehookerbeer #belgiantripel #cheers #beeroclock🍻 #sundayfunday
Spent the last few days in Vancouver for work so of course, I did my best to sample as many of the local craft offerings as I could. Now if I could only get home... #craftbeer #craftbeerjunkie #beersampling #vancouvercraftbeer @brassneckbrew @mainstreetbeer @stanleyparkbrew @whistlerbrewing @bridgebrewcrew @wildeyebrewing @persephonebrewing
Coffee.