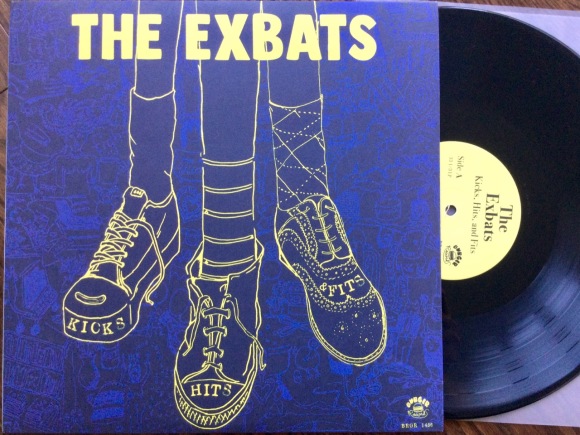 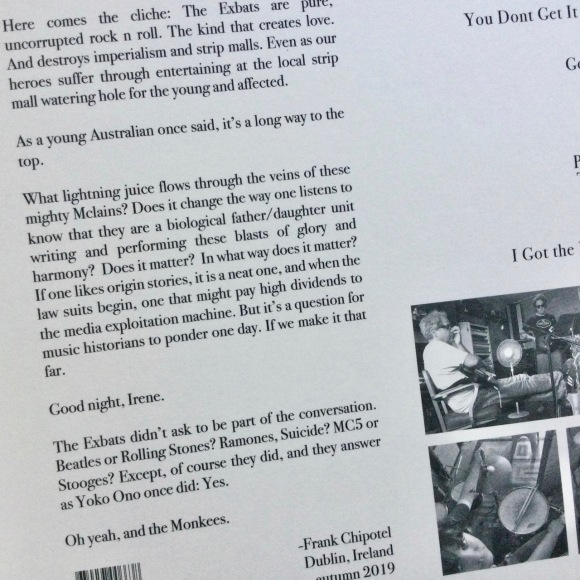 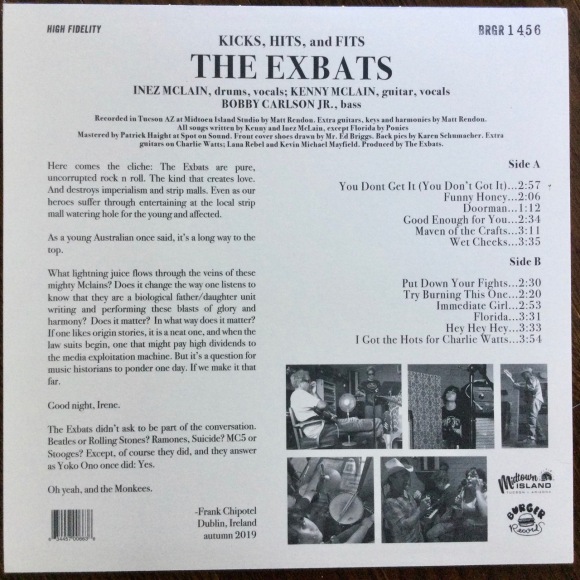 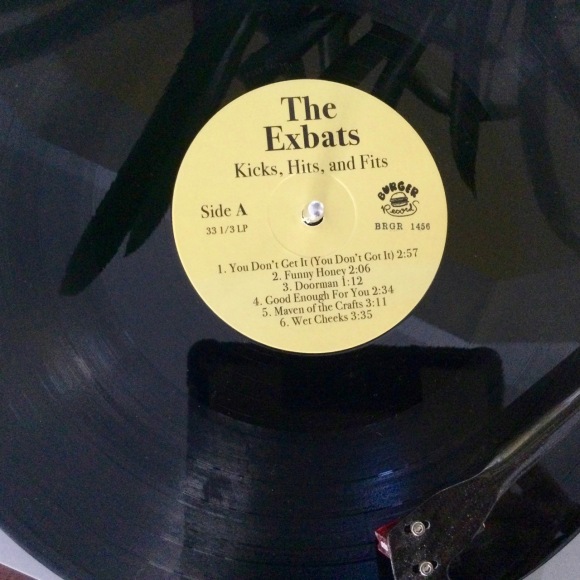 The skinny: Like the subject of last week’s ‘Vinyl love’ post, this record is an album that finished just outside of my top ten favourite 2020 albums list*. There aren’t many photos in this gallery, given that the release is pretty bare bones, but it’s still pretty special in that it’s the first studio album the band has pressed to vinyl. Its simple aesthetic also falls in line with The Exbats’ no-nonsense sound. The trio, led by Inez McLain (drums/vocals) and her father Ken (guitars), flip between garage rock and punk, all brightened by 60’s sunshine/bubblegum pop, name-checking The Rolling Stones, The Ramones, The Stooges, and The Monkees.”Kicks, hits, and fits” is angry and fun at the same time. Yeah, The Exbats might just be a band worth watching out for.

Standout track: “I got the hots for Charlie Watts”

*I am still putting the finishing touches on said list in the hopes of beginning its roll-out in just under one week’s time.

One reply on “Vinyl love: The Exbats “Kicks, hits, and fits””

[…] but bear mention nonetheless. I also featured two of these – Gateways Drugs “PSA” and The Exbats’ “Kicks, hits and fits” – in my Vinyl Love series over the last two weekends so go check those out […]