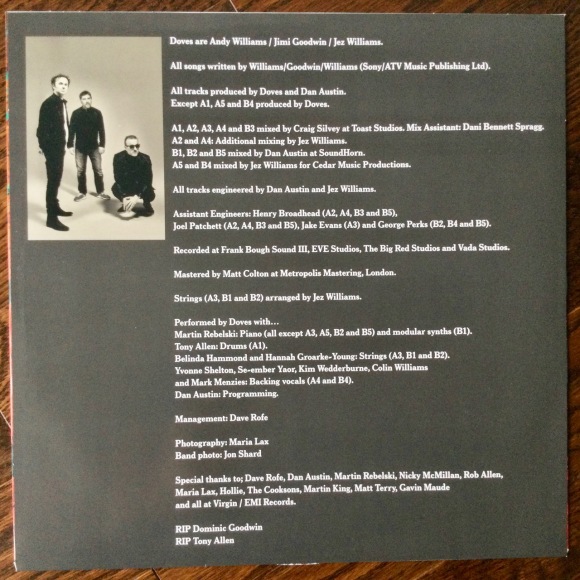 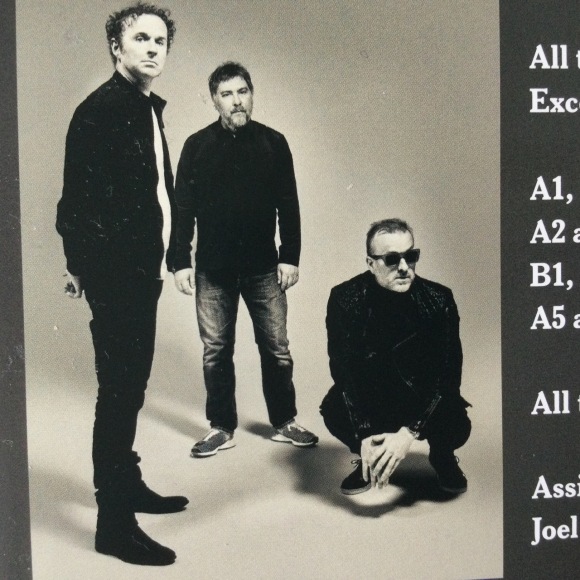 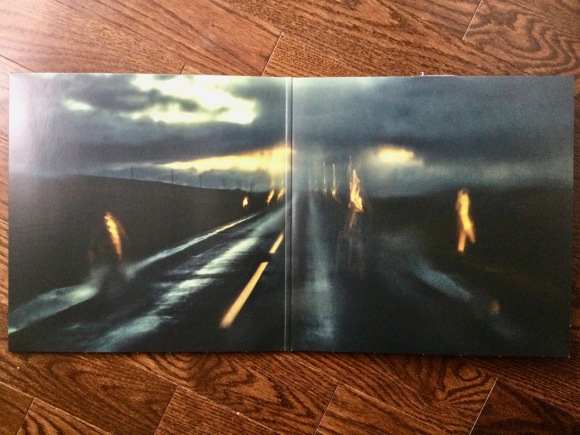 The skinny: A couple of days ago, I wrapped up my end of the year countdown with this, Doves’ “The universal want”, coming in at number one on my list. So yeah, I finished off 2020 with this album and am starting off 2021 the same way.* I jumped on the pre-order for this record the moment it was announced, directly from Doves’ official website, because I wanted a copy of it in the limited edition red vinyl. It was initially delayed and when it finally shipped, took a few weeks to get to me in Canada, all the way from England, but I exercised patience and restraint and refrained from listening to the album until I was able to slip this beauty on to my platter. Of course, it was well worth the wait, both the 11 years between albums and the extra few weeks of travel time. The trio of Jimi Goodwin and brothers Andy and Jez Williams are still one of my favourite bands for the gorgeous, atmospheric rock that they make together. And yes, Geoff, lovely, red vinyl makes it all worthwhile.

Standout track: “Cathedrals of the mind”

*And with this post, I intend to take a few days off to recharge, see you folks next weekend.

Yes. We’ve finally made it to the end of the year and on this last day of 2020, I’m wrapping things up on my favourite albums list with my number one for the year. And now that I’ve gotten here, I can look back and see a definite recurring theme to the albums on this list.

Apparently, for me, 2020 was the year of long overdue comebacks. Of the ten albums, seven of these were the first for their respective creators in at least five years and two of those had seen more than a decade pass between releases! This album at number one, “The universal want”, Doves’ fifth record but first in 11 years is one of these (the other was Secret Machines’ “Awake in the brain chamber” at number five). The thing about comeback albums, though, is that they can go either way. There is always the fear of disappointment but luckily for me, there wasn’t a lot of that this year… at least, when it came to these new releases. The fact that this Doves album didn’t disappoint is something of a miracle and is testament to the magic this Manchester trio conjures when they are working together.

I first got into Doves way back in 2002 with their remarkable and magnificent sophomore release, “The last broadcast”. I was pretty much enamoured with their atmospheric and danceable indie rock right from the start. It was completely in line with my tastes up to that point and gave me hope for new music in the early 2000s. Every album they released was pure bliss to my ears and so when they announced a hiatus in 2010 after just four studio LPs, I took the news poorly. The break was never made official but the years passed anyway. A Jimi Goodwin solo album appeared in 2014 and then, the Williams brothers released an album of their own under the moniker Black Rivers. Both releases were good but they weren’t Doves records.

Then, at the end of 2018, just as I was giving up hope that I would ever see one of my favourite bands live, there was word that Doves were going to be doing a handful of live shows. The success of those bred some more. They never did make it to North America for any of these shows but as long as they were still playing shows, there was hope. And of course, the reissue of their first three records on coloured vinyl last year made me very happy. The cherry on the cake, though, was the announcement that work had begun on material for a new album, news that was received with equal excitement and trepidation.

“The universal want” was released as a birthday present to me this year but I didn’t listen to it right away. I waited until I received the record I had preordered so that my first exposure to it could be in the most optimum of circumstances. When the needle hit the wax, it was like home. No matter what else was going on at that moment, “The universal want” was a comfort. And every time I have played it since, the experience has been the same, which is a big part of why the album is my favourite of the year.

All ten tracks are near perfect and you could do worse than choose any of them for your introduction or sampling but these three are my picks for you. I could think of worse ways to spend a few months on this last day of the year.

“Cathedrals of the mind“: My first pick from this excellent album is track number five, a number the band has said was inspired by the loss of David Bowie. “Everyday I see your face. Everywhere I see those eyes. But you’re not there.” Frontman Jimi Goodwin has also called it a ‘prayer to the sonics’, a very spiritual soundscape then. Frittering synth strings over top gentle piano chords, warbling a kaleidoscope, hints of saxophones and harpsichords, everything distorted and adjusted to just beyond recognition. The idea of a Black panther speech sample sounds a bit different for this trio but it feels right in the context of the song, ripped out of time but perfectly of this time. And like all good Doves tracks, it has an expansive sound, voices and beats echoing throughout the cavernous halls. It’s like being looked down upon from the heavens, thought outside of thought.

“Prisoners”: “Just prisoners, we’re just prisoners of this life, though it won’t be for long. We’re just prisoners.” Listening to those lyrics, the second single to be released in advance of this new record feels very much in line with everything going on right now. But it wasn’t this lockdown and this pandemic that Doves were necessarily thinking about when they wrote the words. It’s more about that normal yearning for better times, times that will surely come. Goodwin has said about it: “Just over the horizon, there’s always something better. Sometimes we get trapped by our own behaviour. You can be a prisoner of your own thoughts.” It all begins with a light strumming on the guitar and a sprinkling of sunlight and wisps of haze and then that driving drum beat kicks in and the bopping bassline falls in step not far behind. There’s plenty alien and new, but it’s not strange at all. It’s familiar and comforting and fluid and when the guitar starts a-wailing amidst all the glow, you just have to soak it all in, bask in the glory of it all. And when it ends all so abruptly, the emptiness can easily be refilled by pressing replay or by dropping that needle again, just so.

“Carousels”: The opening track on the album was my first taste of the first new Doves in 11 years and it is probably still my favourite tune on the album. It’s a killer groove altogether, one that’s built around and expands upon a sampled drum beat by Fela Kuti legend Tony Allen. And it’s that rhythm that propels the song’s momentum, ramping up the childhood memory into fast forward and speeding up the merry-go-round to dizzying rotations. Yeah, the opening washes are just a tease, the voices that are just discernible through the haze are like a countdown to lift off. The piano tries to keep things just this side of even keel but everything else is just an explosion of pure joy. The roaring bass and wall scaling guitars just nod happily in agreement. It all plays to the nostalgia that is truly universal. As drummer Andy Williams says: “It’s a reminiscence of the times that we’d go to places like North Wales on holiday as kids. Places where you had your first experience of sound systems and music being played really loud.” It’s definitely a tune that ranks up there with all those great songs that beg to be played loud. If you can, wherever you are right now, turn it up to eleven, press play, and enjoy. 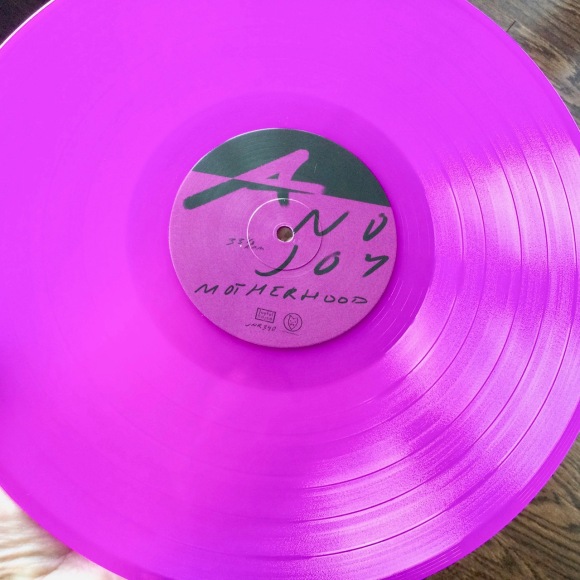 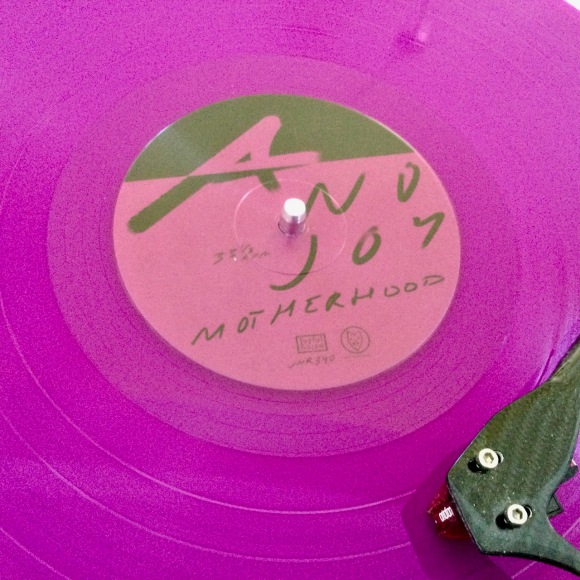 The skinny: Back in September, I made my first Bandcamp Friday purchase. For those that have not heard of this wonderful initiative, it’s something Bandcamp started at the beginning of the COVID-19 pandemic to help support independent artists by waiving their usual fees on the first Friday of every month (see more info here). So yeah, my first Bandcamp Friday purchase was the fourth record by Montreal-based, dream pop project, No Joy, that had just been released two weeks prior. “Motherhood” is an album that had taken me by surprise, winning me over with its sheer exuberance and joy in experimentation. The fact that the pressing on offer on Bandcamp was a lovely neon violet certainly didn’t hinder my decision to pull the trigger. And perhaps it was the purchase on vinyl and how good it sounds that helped to raise the album to the number four spot on my favourite albums of the year list.