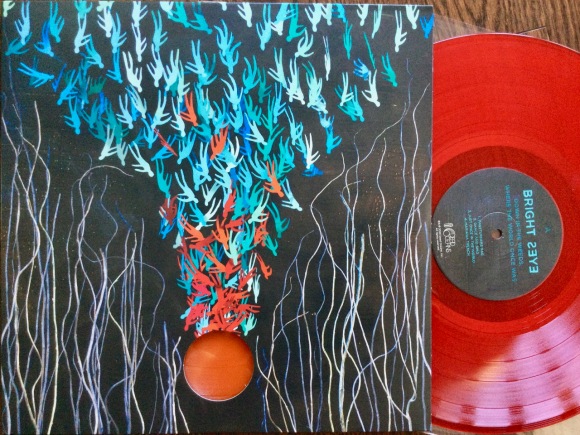 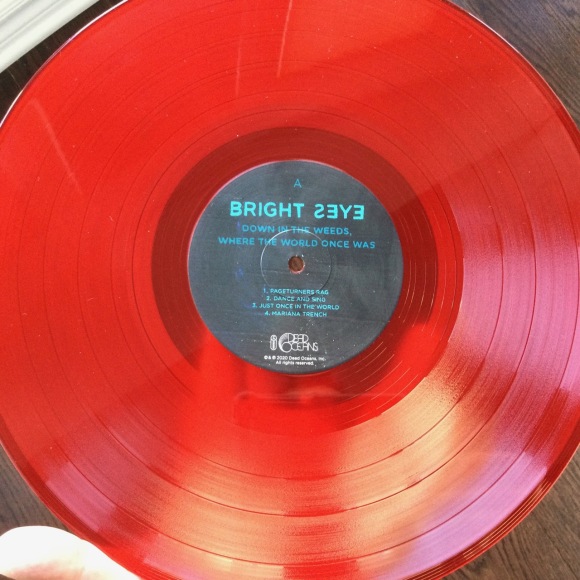 The skinny: The 10th studio album by the indie rock trio led by Conor Oberst is the band’s first in nine years and it also happens to be their first album that I immediately liked and liked all the way through. In fact, I liked it so much that I managed to find a spot for it (at number eight to be exact) in my top ten favourite albums of the year. For me, it captured the mood and the uncertainty of the world and put it to music with which you can sing along. Multiple different pressings and presentations exist for this album. The one that I purchased has the die cut sleeve, a circle cut out of the cover and the insert to show off the fireball colours of the two discs, one red and the other orange. The second disc is also one-sided with the other side etched with the same falling stick man that graces the cover, arranged in spiralling concentric circles. Sweet stuff.

4 replies on “Vinyl love: Bright Eyes “Down in the weeds, where the world once was””

Ah, the side four etching. Do we have mixed feelings about these? (Apart from them being tricky to photograph!)

I think I’m okay with the fourth side etching, as long as it makes sense and not forced. But you’re right, they are tricky to photograph.

I suppose I’m of two minds about the 4th side etching – I like that they aren’t padding the album to fill up a 4th side with less impressive music. But it might be neat if the 4th side had been some rarities added on (like on a deluxe CD).
It’s all moot though when I see the red and orange slabs and think. oooooooooooooooo!

Haha. I’m also okay with the etching if it means they don’t try to cram everything on two sides and impact the sound quality. Sometimes the extra b-sides means a side that I’m listening to anyway so… meh, it’s pretty.