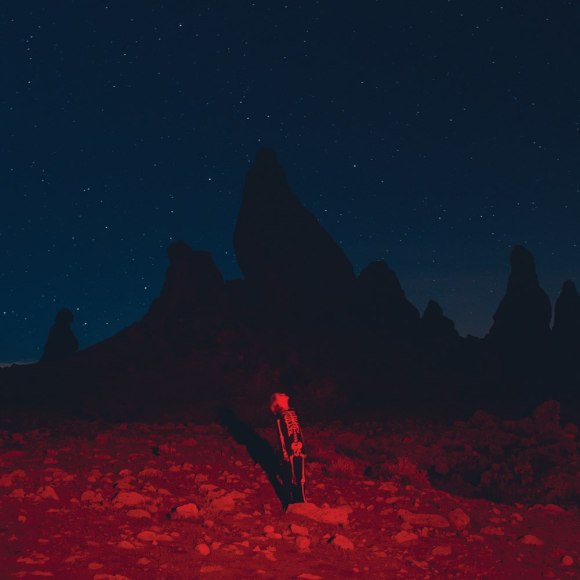 In 2017, the debut album by a young singer/songwriter I had never heard of just eked itself into the final position on the list of my top ten albums for the year. Yes, that singer/songwriter was named Phoebe Bridgers and yes, I fully admit that “Stranger in the alps” might place higher on said list if I had to do a recount someday.

Since that year, the young Ms. Bridgers has become much more well known and with good reason. She’s talented, intelligent, and because of this, others want to work with her. She’s collaborated with the who’s who of the indie rock world, including a one-off self-titled EP in a supergroup (of sorts) called boygenius, that she concocted with Lucy Dacus and Julien Baker. She also put together a group with Mr. Indie rock 2000 himself, Conor Oberst, called Better Oblivion Community Center, and released an eponymously named long player, which found itself at number one on my Best Albums list for last year.

So to say her sophomore album was eagerly anticipated (and not just by me) is an understatement to say the least. Nevertheless, “Punisher” is that rare animal that doesn’t underwhelm under the heft of expectations heaped upon it, rather it leaps out from under the huge shadow manufactured by its predecessor and surpasses it. Recorded in multiple sessions over a year and a half period and with the help of a number of her, by now, many musician friends, the album’s eleven tracks appear exactly in the same order as they were completed, which just once more proves the honesty in her approach.

Indeed, “Punisher” is just as open and personal as “Stranger in the Alps”. Listening to her words, you get the feeling that you know Phoebe Bridgers. There’s no hiding or subterfuge here. It’s quiet but it’s also loud and full, our storyteller letting everything that influences her to find its way into the mix. Yet her voice never gets lost. In fact, there’s no escaping her soft touch, her frail yet confident delivery, her learning and learned experiences informing everything. It makes you wonder at the expansiveness of what her 10th or 12th album will sound like a couple of decades from now.

The whole of “Punisher” is definitely worth your time if you have it but if not, at least give your attention to my three picks for you as preview.

“Garden song“: Track two is the first proper song on “Punisher” and the first taste of it that we received back in February. It is fingers brushing and dancing over acoustic strings, distorted and blurred by haunting synth washes and just the hint of a drum beat. Bridgers sings frailty and strength, emboldened by rumbling shadow vocals provided by her tour manager, Jeroen Vrijhoef. It’s a song that riffs on memories but in typical Bridgers fashion, it is not quite as simple as that. It is memories looking forward to the future looking back at the memories. “Someday, I’m gonna live in your house up on the hill.” And that house will have a garden that will remind her of her unhappy family home, her hometown, jumping fences as a teen, her favourite movie, romantic encounters, and how they all add up to her hoping she’ll grow up right.

“Chinese satellite”: “Took a tour to see the stars but they weren’t out tonight, so I wished hard on a Chinese Satellite.” This chorus line of track six reminds me of the line from the iconic Billy Bragg track, “A new england”, where he also wishes on a satellite instead of a falling star and wonders if it is wrong to wish upon “space hardware”. And if I continue to draw comparisons, both songs are about loss, but Billy seems to be a bit more upbeat about it and Phoebe, though she hasn’t lost her sense of humour, is heartbreakingly dark. Finally, Bridgers soups up her solo guitar work with a load of effects for a fuller and oddly, more claustrophobic and haunting sound. It’s hard to tell whether the loss in her case was death but it certainly feels that way.

“Kyoto”: This last track, the second single to be released from the album, is definitely my favourite and it’s likely because it’s also the most upbeat. It sets a completely different tone, almost rocking with a bashing beat and horn flourishes, underneath Bridgers’ still maudlin and sad and pained vocals. “Kyoto” feels a little like “Lost in translation” to me. It’s like a world apart, not real life, a vacation, like being pulled outside one’s consciousness and looking down at oneself and the recognition not being there. “Day off in Kyoto. I got bored at the temple, looked around at the 7-11.” Lyrically and at its most platonic level, the song feels like jotted notes to try to remember the trip, but the music feels like a journey, a fish out of water for Bridgers and shows that she’s got this in her. So exciting to hear what comes next.

I like the acoustic folk of Alps better but she’s clearly very talented.

I doubt she’s completely gone off the folk stuff for good. I really like her songwriting and lyrical style. Have you listened to the Copycat Killer EP? Lovely orchestral stuff.

Is Copycat Killer super recent? Haven’t caught up with it yet. I think it’s definitely wise for her to expand her parameters even if I don’t like the final product as much.

Yes. It was released a week or two ago. It’s four new mixes of tracks off Punisher.

I’ve been enjoying Talking with the Taxman about Poetry this week – so if there are lines here that bring Bragg to mind, sounds good!

Yeah. And the more I listen to the two tracks, the more I feel that there is legitimate comparison to be made. It helps that both Billy and Phoebe are excellent songwriters.

And Talking with the taxman is an excellent record. I want it for my vinyl collection for sure.

[…] December 2020: “Punisher” has continued to rise in my esteem and has found itself at number three on my end of year favourite albums […]

My son’s favourite LP of this year, I’ve got into her through him and I do like this one. She’s a very good songwriter and the LP is beautifully packaged too.

It is a great record. There are a number of different pressings out there, all quite lovely. Which do you/does your son have?

He has the black one, really nice booklet with it.

Yes, the booklet is really nice. Not enough releases come with booklets these days.