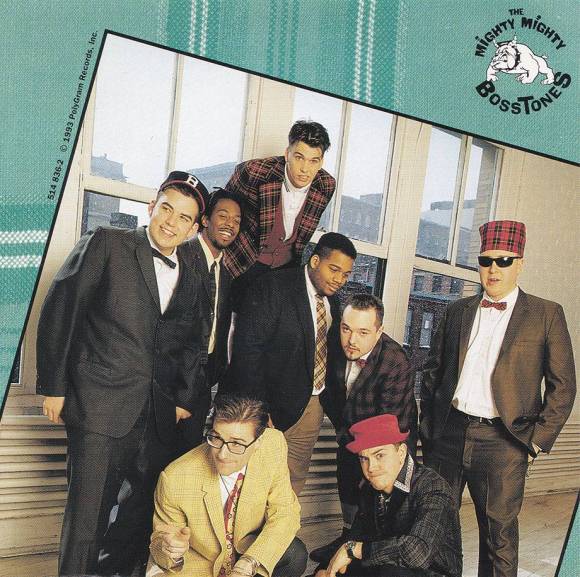 I’ve already written on these pages about how I got a job at my small town’s 7-Eleven in the spring of 1993 and how working there was part of the reason why that summer was one of the best of my life. I worked as many shifts as I could that summer and many of them would be of the overnight kind and I often found myself work with either Tori, Heather, or Michelle, the other new employees at store. I always had a blast on these shifts because these three young women were close to me in age and like me, they loved to have a laugh.

It was on one of these midnight shifts that I first heard this song on CFNY, the radio station to which we always had it tuned. It was this swirling, rocking number that mixed horns with racing guitars and a bopping, staccato rhythm and the vocalist rapped and spoke and shouted in a deep and dark voice. It always got my head bouncing and my feet tapping as I counted the bags of chips and packs of gum during our evening inventory counts. The problem was that I always seemed to be away from the radio, serving a customer or in the back, stocking the milk shelves, when the radio announcer came on to supply us with the name of the song and who it was that sung it. It got to the point where it became an ongoing joke: we would dance frantically around the empty store when the song came on and then laugh hysterically when we realized that we once again missed the 5 Ws. It was like the musical version of the Polkaroo*.

Finally, during one night shift right at the end of summer, I came out from the back after changing the syrup for one of the slurpee machines and Michelle excitedly put a slip of paper in my hands with the biggest smile on her face. She had scrawled on the paper in big looping script the words “Someday I suppose. The Mighty Mighty Bosstones.” I knew exactly what the words meant immediately and if I wasn’t so shy and awkward at the time, I would’ve given her a big hug.

Starting pretty much the very next day, the search was on. I went to our town’s only music store and didn’t find anything by the band. A few days later, I joined my parents on a shopping trip to the Oshawa Centre and hit the chain music stores (HMV, Sunrise, and Sam the Record Man) and likewise came up empty. Finally, I planned a solo trip back in to Oshawa to hit some of the independent stores downtown, specifically, the renowned Star Records**, and there found a copy of the Bosstones’ third album, “Don’t know how to party”, on CD. This album, along with Spirit of the West’s “Faithlift”, might have been the two CDs I listened to the most that fall, both for very different moods and reasons.

“Don’t know how to party” is really a misnomer because it really does party and it parties hard, especially track four of twelve. The song that introduced me to the band on all those midnight shifts is still my favourite by the Boston-based octet. “Someday I suppose” riffs hard on the ska punk theme, a pogo with a chainsaw, a plaid suit jacket with the arms ripped off and the tie tied around the head, Rambo-style. It’s an explosion of good vibes, of not giving a shit, of living in the moment and putting off the heavy lifting and the heavy thoughts for later.

The horns, the bassline, Dicky Barrett roaring, and the image of Ben Carr hopping around like a man possessed. It all just makes me smile.

*Those who know, know.

**I’ve already written words about this trip and this particular store when I posted about Primus’s “My name is mud” for this very same list and series. 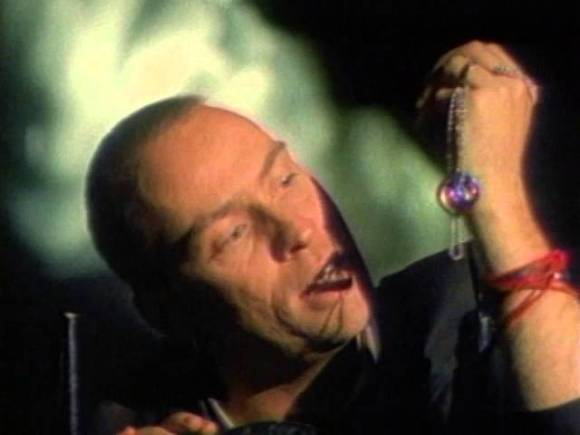 Three important life events happened in the fall of 1993 and they will be forever linked in my thoughts and memories. First, after taking a year off after high school, I started my first year of post-secondary education at York University in Toronto. Second, I finished my road lessons with Young Driver’s of Canada and passed my road test in the sleepy town of Port Hope, Ontario, beating the implementation of the new graduated licensing rules by a mere two and a half months. Finally, I purchased a CD copy of “Faithlift”, the sixth and most recent (at the time) album by Canadian alternative folk rock band Spirit of the West.

The reason they are linked for me is because I decided to continue living at my parent’s home in Bowmanville while attending that first year of university to save money. And after getting my driver’s license, I switched my mode of travel from the long and tiring GO transit bus voyage to a sturdy and slightly more comfortable Chevrolet Chevette borrowed from my mother. It was a trek I made three times a week and took more than an hour each way by car, so almost 20 hours of music listening time. That CD was pretty much immediately recorded to cassette tape to be played on the deck in my mother’s car and it was on many of those trips in October and November that I fell in love with “Faithlift”.

My introduction to Spirit of the West came with their previous album, 1991’s “Go figure”, an album that saw the group add a drummer and transition from a mostly folk-influenced outfit to something that blended the sound with rock. “Faithlift” completed their transition to a rock band with only some hints of the folk sound remaining. It became the group’s best selling album and this, mostly off the back of least rocking tune on the album: “And if Venice is sinking”. It is their highest charting single, is these days runner up to their best known song*, and also happened to be my fifth favourite song when I counted down my favourites by the group on these pages back in 2017.

As I mentioned in that post, “And if Venice is sinking” is a joyful tune, perfectly reflecting the elation and wonder frontman John Mann and his new wife, Jill Baum, must have felt as they explored the winding laneways and bridges of Venice for their honeymoon. I can certainly attest to this feeling, given that my wife and I also spent part of our honeymoon there, exploring that living museum and falling in love with the galleries, the churches, and the piazzas – the trifecta of art, history, and food. Just like Mann and Daum, we didn’t want to leave, believing we might never see it again.

“And if Venice is sinking
Then I’m going under”

The song is as much a carnival as its subject. It dances and prances along the cobblestone streets, a parade led by the pace-setting tuba, but followed closely behind by Linda McRae on the accordion and Hugh McMillan on the mandolin. The rest of us just gather in behind, joining our voices to that of the incomparable and unforgettable John Mann.

*At least, here in Canada. 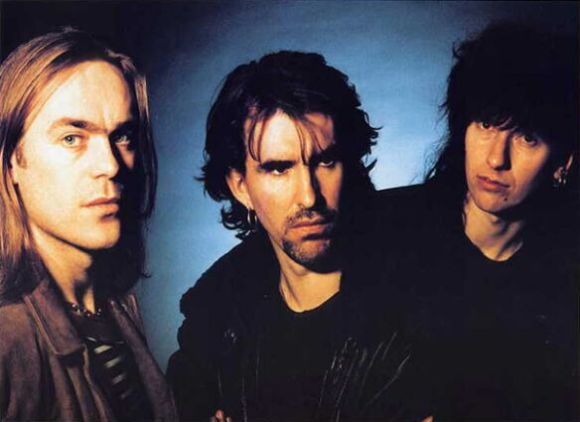 New Model Army is yet another group to whom my friend Tim introduced me, but as opposed to the group who last appeared in this list, this meeting was more immediately successful. He put one of their tracks, “51st state”, on a mixed tape he made for me and its angry folk-punk and intelligent but subversive messaging appealed to my teenaged sensibilities. Then, seeing my interest piqued, he loaned me a CD copy of their 1992 singles compilation, “History”. From there, I was completely sold on the songwriting of Justin Sullivan and the dark and angry workings of his bandmates.

Indeed, it was almost as if it were all part of Tim’s ‘evil’ plotting because in the early part of the summer of 1993, the group was touring North America, complete with a stop in Toronto, and yours truly was a ready-made concert buddy. Nevertheless, it was to be my first ever concert* and to say I was excited was an understatement. I purchased a copy of their latest CD, “The love of hopeless causes”, in preparation and it quickly fell into heavy rotation.

“Bad old world” is the final track on that album, a real rocker to close things off, but what really makes the song notable is the lyrics and the way Sullivan sings them with such conviction. I’ve read that it was written as a sort of sequel to “Green and grey”, one of my favourite tunes off the band’s 1989 album “Thunder and consolation”. And I’m willing to bet that there’s something to this theory and it’s not just because New Model Army played the two songs back to back at that show back in 1993. It’s like the missing piece of the original song we didn’t know we needed but now that we’ve heard it, both songs are just more perfect.

“Green and grey” addresses a missing friend or brother, someone who left the protagonist behind to continue the fight alone. He sings of the brightness and optimism of youth and how nothing has changed where they grew up and there’s a sense of a feeling of betrayal and a lack of understanding for the departure. All this comes out in the form of a letter for which no reply was expected but yet “Bad old world” is that reply, nonetheless.

“Dear Justin, I know it’s been a long time
Remember all those nights we spent sitting up talking in your front room
About leaving this worn out world and starting again far away in a better place
Well that’s where I am now – but still thinking about you”

Where “Green and grey” is as wistful as its fiddle and as bitter as its foreshadowing storm, “Bad old world” is nostalgic in its delivery but also full of hope. The correspondent admits that he got out, leaving the bad old world behind, but he bears no shame and in fact, wants to share this sense of peace with his friend.

“I used to think it was me who’d somehow sold out
Or given in on some almighty cause,
But what difference would it make? It feels good to be out here.”

It truly is a wonderful counterpoint, a comparison of two lives that started at the same point but were then lived very differently.

*This is a story I’ve already regaled as part of my post on their 1990 track, “Vagabonds”, when it appeared at #9 on my best tunes list for that year.