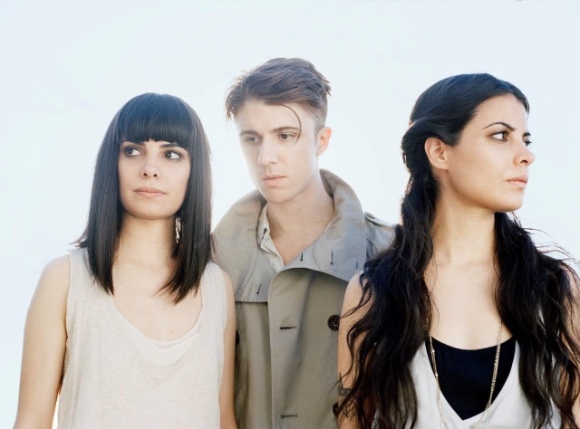 True story: In 2004, two bands embarked on a US-wide tour as opening acts for Interpol. Three years after the tour, a new band was formed from members of these two bands. Secret Machines would attempt to carry on without their lead guitarist, Benjamin Curtis, releasing one final album in 2008, but On!Air!Library! could not survive without twin vocalists, Claudia and Alejandra Dehaza.

School of Seven Bells was the name of said resulting band, a title they took from a legendary and perhaps fictional training school for pickpockets and thieves in South America. They released two full-length albums, 2008’s “Alpinisms” and 2010’s “Disconnect from desire”, before Claudia quit the band, leaving behind a duo. There was another album released and they were working on a fourth when Benjamin Curtis was diagnosed with lymphoma and died suddenly in 2013. Alejandra finished his work and released the final album last year. But that’s a story for another day.

I got into School of Seven Bells because I was rather enamoured with Secret Machines’ first two albums and wanted to see what it was that could drag Benjamin Curtis away from such a good thing. As it turned out, I really liked his second band as well, though they were quite different. Where his first band was all about the big and epic prog-influenced, guitar rock, Curtis’s direction with School of Seven Bells takes his listeners on a dreamy, electronic voyage through mysticism of many different stripes.

“I L U” is, in my mind, the undisputed standout track on “Disconnect from desire”, the band’s second album. It is a song of longing and regret and immobilizing sadness set to an incredible beat and irresistible waves of synths and guitars. The Dehaza sisters’ vocals are there, clear and strong, floating above the ether and threatening to delve deep into your soul. It hints at left of the dial eighties but there is something so very fresh about it at the same time.

And something otherworldly too. Indeed, “I L U” could be a dance floor filler at a dance club for ghosts. Lovely stuff.

That penultimate paragraph sounds right up my street – sadness with rhythm, reminders of old yet sounding fresh, sounds about right to me!

A club full of ghosts – sounds like one of the clubs Stefon on Saturday Night Live would talk about!

She has a beautiful voice. I haven’t heard this one before JP! As a fan of dreamy dance pop I need to start investigating

Yeah. They have an interesting sound but it’s really unfortunate that their primary songwriter died so young.