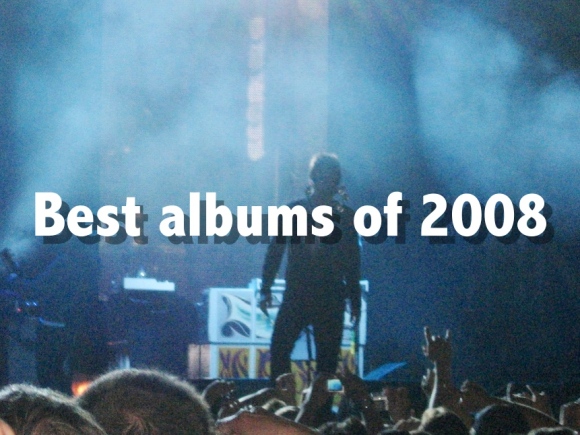 Now that we’re firmly into 2018, I thought it time to start back in again with these album of the year series. If you remember the scoop from last year, I finished off my list of 2017’s best albums in December and then, in the new year, I travelled back in time, decade by decade, from 2007 and 1997 back to 1987 to deliver my favourite ten albums of each year. And yes, the plan is to do the same over the course of this year.

The year 2008 was very memorable for me musically because it marked the year I went to V fest (at which the above photo was taken) on Toronto island for the first and only time. Believe it or not, this was also the first music festival I ever attended (check my list of concerts here if you are on the not believing side). Of course, this is the flurry that started the avalanche. The following year, I attended two of the days of Ottawa’s Bluesfest and the year after that, I attended a full week of the same festival and also put in an appearance at Winnipeg’s renowned folk festival. I’ve attended some sort of outdoor music festival every year since. There is just something about being out in the elements, in a field or forest with a beer or two in your hands, wandering from stage to stage and soaking in the music.

And yeah, the music. Let’s get back to that.

This year 2008 was also a great one for releases. So many great albums that it was difficult narrowing things down to just the ten. However, I persevered. Below you’ll find albums ten through six of my favourite albums of 2008 and for the next five Thursdays, I’ll be posting the next five albums until I get to my favourite album of the year. Enjoy! 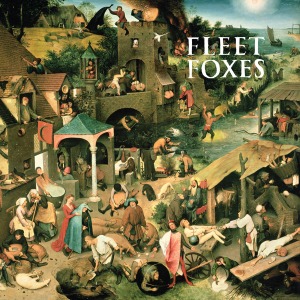 I remember being at Toronto’s V fest in September of 2008 and this album playing between live sets. I recognized it but didn’t immediately put a name to it. I felt more compelled to do so when my friend Mark asked me about it, noticing that I was tapping my foot. I described Fleet Foxes to him then as the current ‘it’ band, which was accurate, given that praise was being heaped on this self-titled debut from all corners. It is all deserved, of course. Robin Pecknold and his band of merry men seamlessly blend old and new, minstrel music wrought with acoustic picking, big band sounds, and all for one harmonies. This particular blogger feels this album ushered the indie folk genre to the masses. 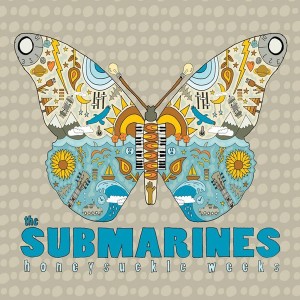 I came across this Los Angeles-based indie pop band by way of the soundtrack for “Nick and Norah’s infinite playlist”, which I loved on first watch and listen. They formed in 2006 around the duo of Blake Hazard and John Dragonetti, a married couple who met through a friend but stayed for the music, and are rounded out by Jason Stare and Scott Barber when they perform live. “Honeysuckle weeks” was the album I first listened to by the band, tuned in on the strength of “Xavia” from the aforementioned soundtrack. It is ten songs of shiny happy pop goodness, reflecting the yellow, sunny days of summer, the season in which it was recorded.

Gateway tune: “You, me, and the bourgeoisie” 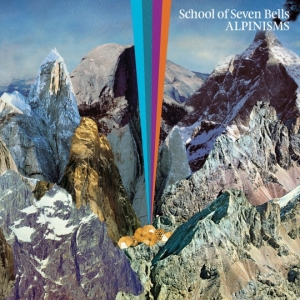 I’ve already told the story on these pages of how Secret Machines guitarist Benjamin Curtis met twin sisters Alejandra and Claudia Deheza of the band On!Air!Library! and they decided to form a band. Well, “Alpinisms” was their debut album and of course, I had to check it out immediately after I learned of it to see what it was that could coax Curtis away from such a promising band. It turned out to be a good choice because this is some great stuff. A little bit more electronic than his former work but no less dreamy and hazy and beautiful and the twin vocals by the Deheza sisters are mesmerizing. The whole package is rife with magic and mysticism and otherworldly sounds. 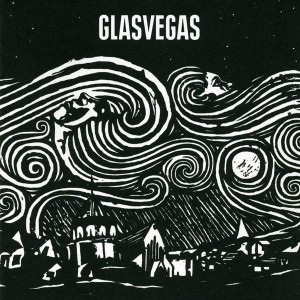 It’s a bit unfortunate about their name and the fact that their second and third albums lacked the punch of the debut because this self-titled album by Glasvegas was fantastic. It is ten reverb-drenched and fuzzed out tracks that scream for a Phil Spector encore and paired with frontman James Allan’s emotive and passionate delivery in his thick Scottish accent, they become that much more beautiful and vibrant. And other than positing that this album might just suggest enough romance to celebrate today with, that’s all I have to say about that. 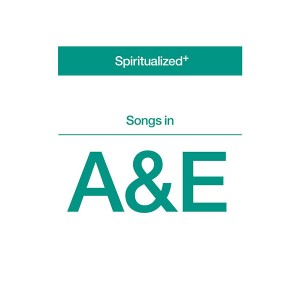 The two albums that followed Spiritualized’s “Ladies and gentlemen we are floating in space” were slight (and slighter) disappointments around these parts but there were likely doomed, given the lofty expectations heaped upon them. So when Jason Pierce resurfaced after a five year absence and a near death experience in 2005 (that inspired this album’s name and overall theme), the fact that his sixth album as Spiritualized was so good was a bit of a pleasant surprise. It is less rock noise and more orchestral expansion and gospel salvation. And yet at 18 tracks, it is just a hair over three quarters of an hour in duration. The album also gave me one of my first “I’m getting old” moments back in 2008 when I saw Pierce and company performing at V fest: I was standing beside a father and his toddler child, who sang loudly along with every word to the song below.

Check back next Thursday for album #5 on this list. In the meantime, you can also check out my Best Albums page here if you’re interested in my other favourite albums lists.

Nice to see A&E here. Been hitting that a bit… it’s a goody. Yon Fleet Foxes album is a good one and you’re not wrong about it ushering in an era. I like them, but I can’t forgive them for some of the stuff they helped create a platform for… yon Mumford & Sons.

Haha. Mumford. I actually still enjoy the debut but there certainly is a lot of hate pointed their way.

As Spiritualized, they typically find their way to my lists.

Glasvegas and the Fleet Foxes are favorites, now about the Mumofrd boys, I saw them for $12 and it was a hoot and then they got even more bigheaded and pricey and well history is as it is…

I saw them at Osheaga in Montreal, a number of years ago now, but didn’t stay for the whole set, actually found them a bit boring after New Order blew the doors off just beforehand.

they only had 35 minuted of songs when I saw them

[…] Stage, Virgin Festival, Toronto Island, Toronto Context: In the introductory post to my Best albums of 2008 list that I am in the midst of counting down, I made mention of the fact that Toronto’s Virgin […]