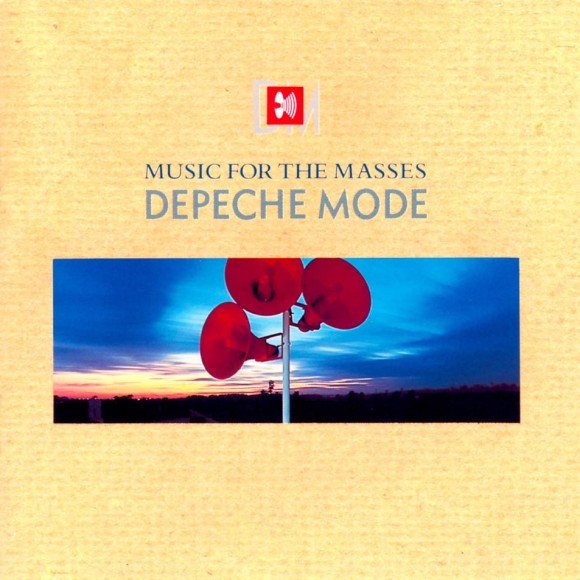 On June 18th, 1988, Depeche Mode played the 101st and final concert of its “Music for the masses” tour, selling over 60,000 tickets to Pasadena’s Rose Bowl stadium, an astounding feat, even for a rock band, which Depeche Mode was decidedly not. (But more on that on a bit.) The show, and tour leading up to it, was immortalized in an excellent documentary and an accompanying double live album, both titled, of course, “101”.

This live album was my real introduction to the band, a couple of years after its release. I had, of course, heard “People are people” at high school dances and “Personal Jesus” had just been released as a single and was being played all over the place. I had told my friend John I really liked the latter of these two and he made me a copy of “101”, a cassette tape that spent a lot of time in my bedroom stereo and opened my eyes and ears to a whole different world of music. It wasn’t very long at all before I was purchasing all of their albums on cassette tape and compact disc.

“Music for the masses” is Depeche Mode’s sixth album and it was made at a time when new wave and synthpop was on the wane. The title is the band being ironic about the fact that their music was unpopular and not commercial in an increasingly hair metal and rock environment. Interesting, then, that this was the album that was their most successful to date and finally broke them in the US. It was daring in that they changed producers for the first time and reduced their use of samples in exchange for more experimentation with synths, but they did not give in to pressure to pick up rock guitars or to make pop music. It is austere and dark. It is love and sex, often of the deviant kind. And interestingly, it is a road record, not just in its lyrical references, but the sound, production, and pacing makes for great night driving.

For me, “Music for the masses” is an iconic band at the top of their game (whether or not it’s their true apex is debatable). It is full of nostalgia for me and never really sounds dated, as some of their earlier material does. Have a listen to my three picks for you below and tell me if you disagree.

“Little 15”: Our first song is one that was never meant to be a single but a French label wanted to release it as such and so it became the fourth one off the album. Because it barely even made the album, it wasn’t one that appeared on “101” so I first heard it in context with the rest of the album. I liked it immediately but originally thought “little 15” was the girl. I’ve since realized that it refers to a teenaged boy in love with an older woman and there is an innocence here that is betrayed by the something sinister in the synthesized strings. The way they jump and cavort always reminded me of a mad scientist, villain type character from the Bugs Bunny cartoons, playing the harpsichord in an off kilter and crumbling castle while creaky bats flit about around him. Sounds quite the contrast with my perceived content of the song, I know, but is it, really?

“The things you said”: Heavy low-end thumping, creating a waft of negative and empty space, space filled by sad and plodding notes, sounds emulating saxophones and xylophones, and Martin Gore’s deeply disappointed and tear-soaked vocals. It’s a song for night time and candle lit bedrooms. It’s a song for teen angst, though I suppose this scenario could occur at any stage of life. One would hope these mistakes, that of ending relationships due to betrayal and the spreading of poisoned words, could only occur during the foolishness of youth. I remember singing along to this one quite a bit when I was feeling sorry for myself, you know those moments, when your own teen-aged drama feels like it’s the most important thing happening. “I get so carried away. You brought me down to earth. I thought we had something precious. Now I know what it’s worth.” Indeed, songs like this were why some of my friends called them “depressed mode” but I still love it.

“Behind the wheel”:  My third pick for you is the third single released off the album and is the most obvious of the “road songs” I referenced above. Indeed, the extended remix of the song incorporates a cover of Bobby Troup’s “Route 66”, another great driving song, and samples of cars roaring by. “My little girl, drive anywhere. Do what you want. I don’t care… tonight.” It all begins with a sort of rattling sound, presumably a hubcap that has loosed itself from a speeding car and left to skid and rest on a dusty deserted highway. Then, the song’s driving beat beams us back into the car, where the driver is determined. We don’t know where she is going or when she needs to get there, but it seems to be soon. It is really just enough for us to be in the passenger seat, letting someone else drive and enjoy the ride. It is dark, sexy, and sleek, inferring speed and a hint of danger. Great tune to dance to and obviously, for driving.

I don’t know this one – don’t know much Depeche Mode at all, actually.