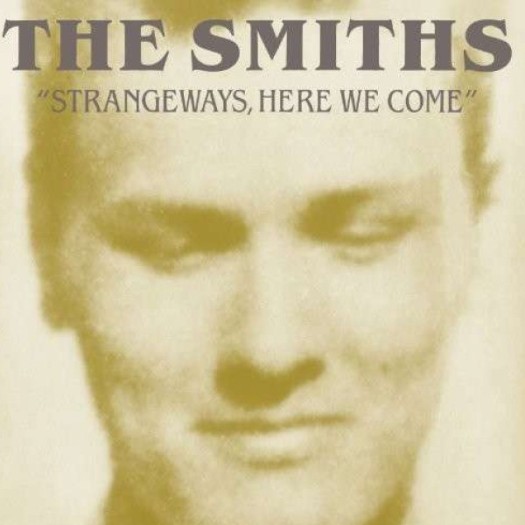 As I’ve mentioned elsewhere in these pages, The Smiths were ruined for me early on by my old friend and housemate John. It took me years to get over it, easing myself into them over the years, song by song. So although I had heard a number of the songs from the Manchester four-piece’s final album, “Strangeways, here we come”, I never actually listened to it from beginning to end until a few years ago, when I got it as part of the box set and I put the 180 gram slice of wax on my turntable for its first spin.

And yes, it was sweet.

By the time it was released, Andy Rourke, Mike Joyce, Johnny Marr, and Morrissey had been together as a band for only five years but had already released three prior studio albums, three compilations, and a boat load of singles. The band had already built up a cult following, the appreciation of the music press, and were just starting get the attention of the mainstream, music-buying public, scoring a couple of top ten singles in their final year. I keep using the word “final” here because the band split after the recording of “Strangeways, here we come” and before it was released. The word is that Johnny Marr took a break from the band and in ceasing communication, mistook an article claiming the band was finished as a plant to the press by Morrissey. And though they likely haven’t talked much since, the two principal songwriters have both agreed that this final album was the band’s best work together.

This, I think, is debatable and has definitely been much debated, but what can’t be argued is that it sits well amongst the influential indie pop band’s fine catalogue. So many great tunes, it was hard to pick just three for you but here they are nonetheless.

”Unhappy birthday”: This first track here was never released as a single but it’s likely the first tune from this album that I ever heard, due to its inclusion on a retro mixed tape that a friend of mine (not named John) made for me in university. I loved it then and still love it now. So much so that I included as part of my Top Five Tunes list I did for the band back in June. It’s a not-at-all-veiled hate song aimed at some unknown person. Acoustic strumming, harmonium whispers, howls, a dancing bass line, and a jaunty Morrissey, dishing jabs left and right. “And if you should die, I may feel slightly sad (But I won’t cry).” Exactly right.

”Stop me if you think you’ve heard this one before”: “And so I drank one. It became four. And when I fell on the floor, I drank more.” Who knows what this song is about, really? There are references to drinking, buddhists planning mass murders, bicycle accidents leading to various painful injuries, and denials of lying. I cannot figure it out but should I really care? As long as we stop him (oh oh oh, stop him), if we’ve heard this one before. Thankfully none of us has, so we get the big drums, the booming bass, and more of Marr’s jangling Rickenbacker. This was a song that I used to skip over when I first got a copy of “Best… I” on CD but now I can’t stop from repeating it.

”Girlfriend in a coma”: “There were times when I could have murdered her. But you know, I would hate anything to happen to her.” So here’s a perfect example of Morrissey’s lyrical wizardry. In a two minute song, he encapsulates the mixed emotions of a young person dealing with having a girlfriend in a coma, so brilliantly, in fact, that he inspired a novel of the same name by Canadian writer Douglas Coupland. The song is catchy and joyful, shotgun drums and synthesized strings and arpeggiating guitars, belying the seriousness of the situation. A fact of which Morrissey keeps reminding us. “I know, I know, it’s serious.” Seriously good.