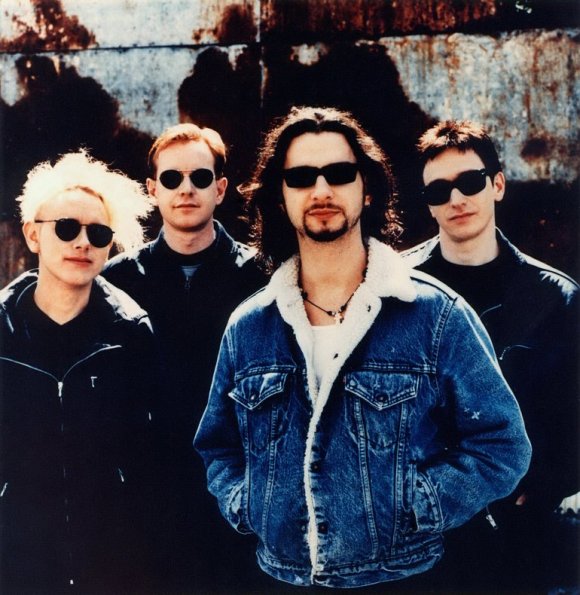 Ok. I know I’ve told this story before, at least a part of it, but I’m going to tell it again.

After I graduated high school, I took a year off, partly because I couldn’t afford the steep tuition fees for university and partly because I wasn’t ready. My parents knew it and deep down, I knew it too. It all worked out in the end but at the time, I was pretty sore about it.

The idea was that I would find work and save up. But there was a big flaw in the plan: finding a job in my small hometown was near impossible. I had found a job at a Becker’s Milk in October 1992 but that only lasted six weeks or so, through no fault of mine, and I was back pounding the pavement. I found a bit more luck the following spring when my high school drama teacher’s name on my reference list caught the eye of the owner of one of our town’s more reputable bar and grills. The King Street Bar & Grill, to be exact.

My first scheduled shift was a Thursday night, aka, Wing night, and after about an hour and a half of washing dishes, they finally got me doing some food prep. I was shown the correct way to locate the joints on a chicken wing, handed a big knife and cutting board, and was set to the task of separating the drumette from the wingette and disposing of the tip for three cases of wings. It was mindless and mundane work and if I didn’t love them so much, it might’ve put me off of wings for life.

Luckily for me, I had the radio nearby and the head cook for the night (whose name is forever lost to me) didn’t care if I changed the station, as long as I kept the wings coming. I quickly moved the dial from the country station to which it had been set and found Toronto’s alternative station, still called CFNY at that time. Now I may be remembering this part wrong* but I feel like they used to have a half hour new music show, on which they would test out new songs on the listening audience to see if they would fly in the regular music rotation. And I feel like one of the songs featured that evening was the latest, long awaited single by synth pop icons, Depeche Mode.

This was the age before the internet and I had yet to come across articles featuring the band in the music magazines** and David Gahan’s radically different, long-haired and bearded look. So I had no idea what I was in for when “I feel you” first came on and I was confronted with that screaming intro, followed by the bluesy guitar lick and drum line. The vocals were so obviously Gahan, though, and I fell for the tune from the beginning. I went out and bought the CD, “Songs of faith and devotion”, as soon as I was able, and welcomed the group’s new direction.

To this day, “I feel you” is still one of my favourite Mode tunes, and it came in at number three when I counted down my top five favourites of their 90s tracks. It is an explosion of sex and religion. It is an iconoclastic synth pop band paying tribute to rock without giving in to mass culture. It is a band thirteen years into their career, surviving crises and at the same time, finding a new path. It is heaven and hell at the same time. Hallelujah.

*Whether I am remembering this part right or not, what is indisputable, at least to myself, is that on this night, I heard this song for the very first time.

**This would come in the weeks that followed. First pay check in hand, I went out and purchased a copy of the latest Creem that featured them on the cover and voraciously read the article. 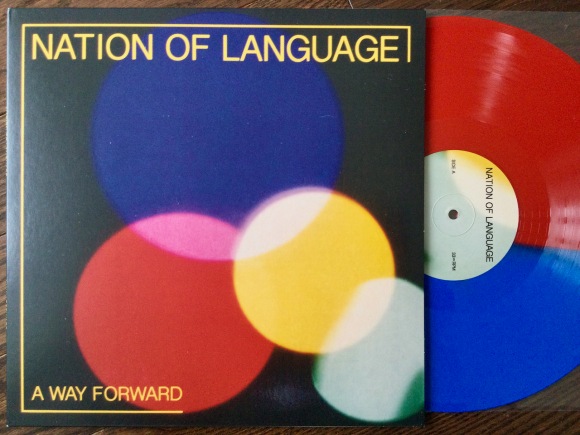 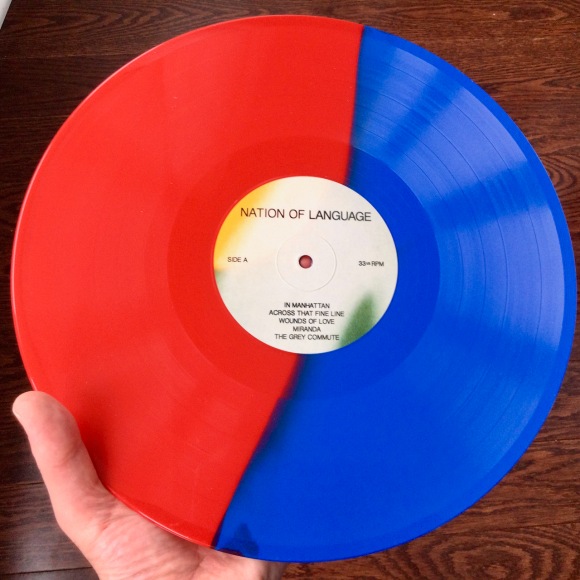 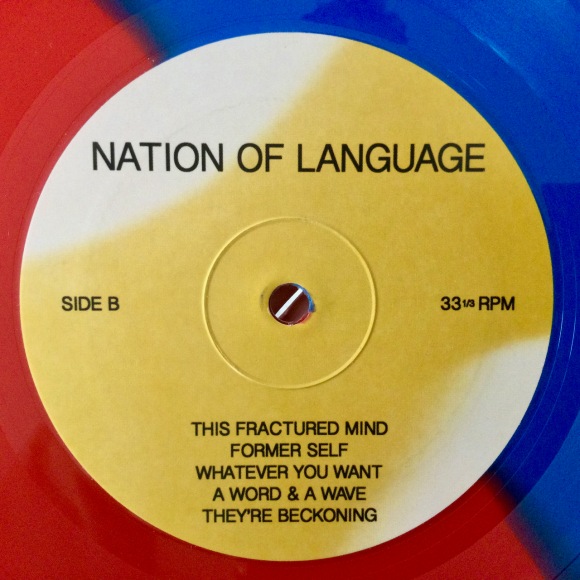 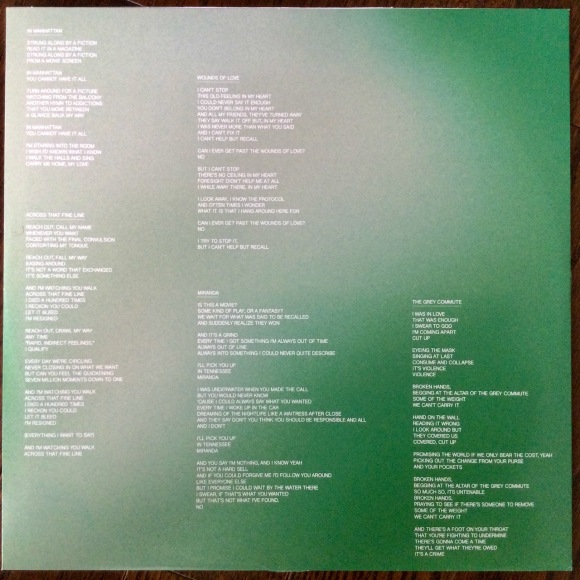 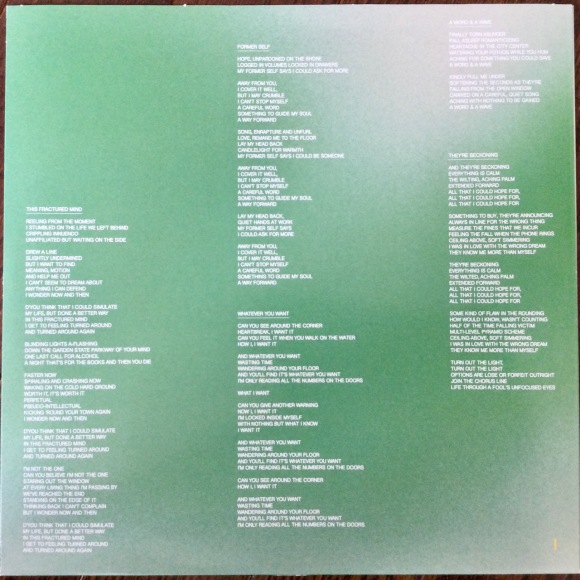 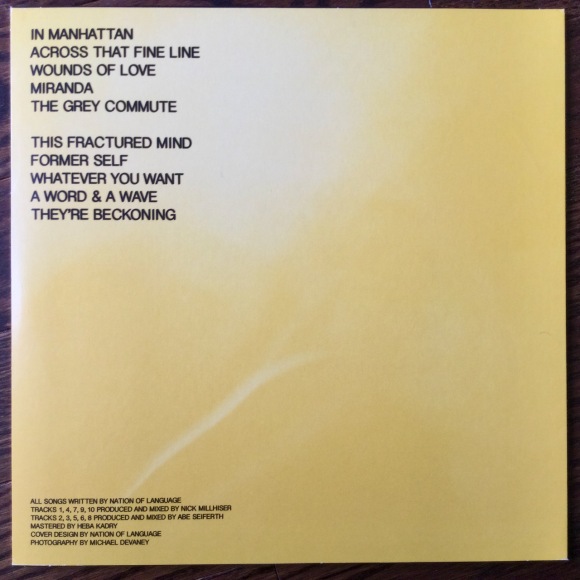 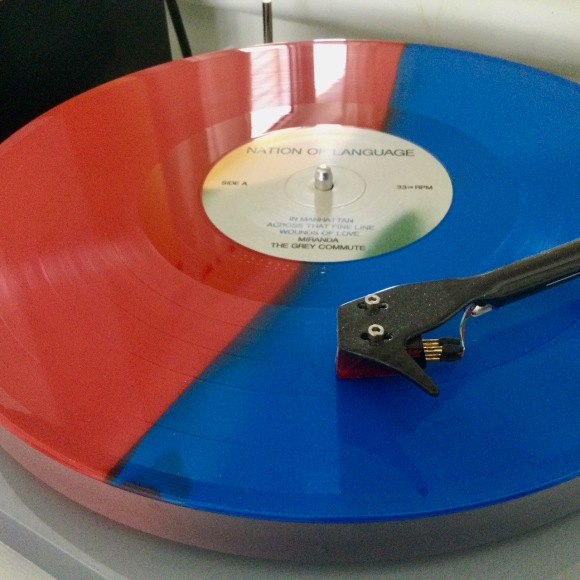 The skinny: One of the pitfalls of creating a Best album of the year list before the year in question is even over is that you’re bound to miss an album or two, one of which might’ve made it on to said list had it been heard in time. Such is the case with Nation Of Language’s terrific sophomore release “A way forward”. Given that it was released so late in the year, December 2nd, 2021, to be precise, I wouldn’t be surprised if I wasn’t the only music blogger kicking themself for not giving this one its due. I had really liked the New Order and OMD synth pop of the trio’s debut the previous year, the aptly named “Introduction, presence” but with all the craziness that was last December, I only gave “A way forward” a cursory spin upon its release. Then, early on in the new year, I happened upon their live performance at KEXP on YouTube and was completely blown away and drawn to rediscover the album. Not long after that I was procuring on of these exclusive, limited edition blue/red split vinyl pressings from Rough Trade and its been on my turntable off and on ever since.

Standout track: “Across that fine line” 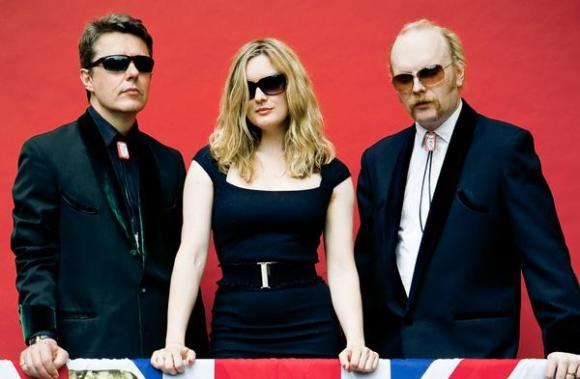 Black Box Recorder was formed in 1998 when Luke Haines, who had found previous success with his Britpop-era band The Auteurs, formed a duo with former Jesus and Mary Chain drummer John Moore and the two of them approached Sarah Nixey to provide vocals. I myself didn’t get into the synth-based, indie pop trio right away. In fact, it was my friend Tim that suggested I give their 2003 album, “Passionoia”, a go, likening their sound to that of Saint Etienne but with the dark lyrical content of The Auteurs. Tim was dead on and of course, I loved the album right off. Unfortunately, like most of Haines’s projects around that time, the project was short-lived, and “Passionoia” ended up being the group’s third and final album.

A portrait of the artist as young music fan is turned on its head in Haines’s hands. He writes a fictional version of singer Sarah Nixey’s youth, who dutifully reads her lines in that fabulous sing/speak thing she does. A lovelorn teen who buys her first record because of the lesser known half of Wham!, and then discovers the reason why you should never meet your heroes. Randy Andy tumbles down from the sparkling clouds in her eyes when she spies him many years later and she realizes he is only human.

Musically, “Andrew Ridgeley” is a synth pop suite in three movements: the tentative and twinkling verses, the picked up and thunderous dance floor choruses, and finally, the breathy and joyful puffed up clouds. If only all pop music was this smart.